Feb 24, 2017 - Cozmo_BNG
This week at Bungie, we’re waging our usual battle in playtest.
Last week we launched Hotfix 2.5.0.2, which contained some impactful changes to the Destiny Sandbox. Since then, Guardians have expressed a renewed fondness for their Primary weapon choices. The Special Ammo economy also saw some major alterations and players are adjusting to a new Crucible where death carries a much higher price.
It has been a little over one week since these new changes took effect and we’re still monitoring feedback from around the community. One thing we have been hearing a lot of is: “Sidearms… so hot right now.” A lot of the feedback around Sidearms has pointed out their unique ability to hoard Special ammo when other weapons are running dry. Senior Designer Josh Hamrick has a few preliminary plans to address this in the future. He also has some ideas for making Memory of Skorri a little less impactful on Trials of Osiris without negating its benefits in PVE.

Josh Hamrick: And I’m back again. In the spirit of open and honest communication, I wanted to show up and talk about a couple of changes we’re beginning to test now.
Before I do, I have to state that these changes could see some iteration before they make it to you. The important thing to know is that this iteration could change the details or even - though it’s unlikely - entirely kill them. More than likely they’ll ship, and probably as is, but we’d like to clear that up, just in case.
Now, the goods…
1.     Sidearms: In a not-entirely-shocking development, the Sidearm meta has grown strong. With its innate ability to not only keep ammo through death, but to also actually store it away, Scrooge McDuck style, it’s the ultimate gift for anyone who’s always running out. For now. We are currently working on a change that would allow Sidearms to continue to spawn with a small set amount of ammo post-death, but keep them from stacking anything extra. They’ll be handy if you run into resistance on your way to the ammo crate, but to keep your Sidearm usage high, you’ll still need to stock up often.
2.     Memory of Skorri: This Artifact has led to some of the greatest dance parties I’ve ever attended in Destiny. That being said, aside from encouraging these sort of team building events, the artifact itself tends to inspire a more lackadaisical approach to gameplay. Instead of continuing to encourage you to hurry up and wait on a Super, we are looking at modifying Skorri to motivate some activity. The change currently in testing requires a kill to jumpstart Skorri’s unique ability for the next minute. Once it times out, you’ll need another kill to jumpstart it again. We believe you won't have any problems killing one enemy every 60 seconds for maximum uptime in PVE, but Trials may offer a greater challenge.
3.    Truth: While I think Truth’s strength is its unique ability to find its target, clearly having more rockets is always better and losing a loaded rocket is - understandably - a heavy loss to many players. To make this a little bit easier to deal with, we are looking into adding one additional rocket into your backpack AND bumping Truth to the max Rocket Launcher reload speed.
4.     No Land Beyond: Much like the recent rise of Sidearms, NLB is showing up more and more. Ultimately, we would never want to destroy NLB’s Exoticness, meaning we would never move it from the Primary slot or change it from being a Sniper. On the contrary, we've found a potential workaround for making NLB flinch like the Sniper Rifle it is. This one will require a good amount of testing, but we think it’s a good change. Keep your shooting clean and you’ll still pop heads like nothing ever changed… But falling behind in a head-to-head primary fight will likely be a death sentence.
5.     Blink: As you know, we’ve nerfed Blink a few times over the years. While we're happy with the latest changes, we believe that the stack of nerfs has grown too high. To counter this, we are looking into removing the old Recovery nerf entirely. Additionally, we’re looking at pulling back the time that you’re HUDless by just a bit.
6.     Finally, Nutty McNutface is a lazy name for a squirrel and you all know it.

These potential changes will join fixes for Health Regen Perks in an update we are testing now. You can also read about those proposed changes in a post from earlier this week. Stay tuned for more details on when you can expect these to land. None of these changes are finalized and we don’t have a date for delivery yet, but we wanted to get you in the loop earlier into the process this go-around.
Call Your Banners
Here is another opportunity to test the new combat scenarios in Destiny.

Begins: Tuesday, February 28th, 10 AM Pacific
Ends: Tuesday, March 7th, 1 AM Pacific
The game will be Supremacy!
Iron Banner is back next week. It returns to the gametype that launched with Rise of Iron. Back in September, Guardians lamented the overuse of Shotguns. Things may be different now that shells are not as plentiful. Collect those Crests and claim your rewards. Efrideet will be waiting at Felwinter Peak with your Bounties and a glimpse of what rolls you can expect on this lineup of weaponry.
Sniper Rifles 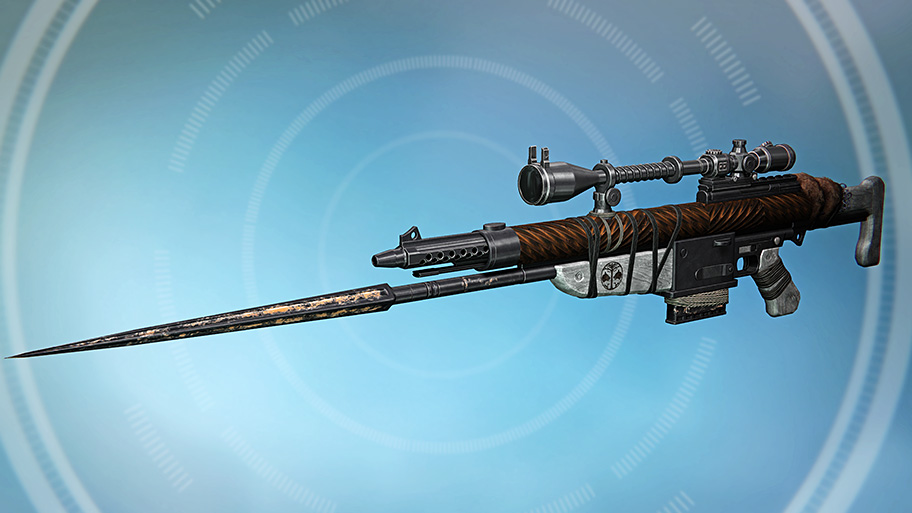 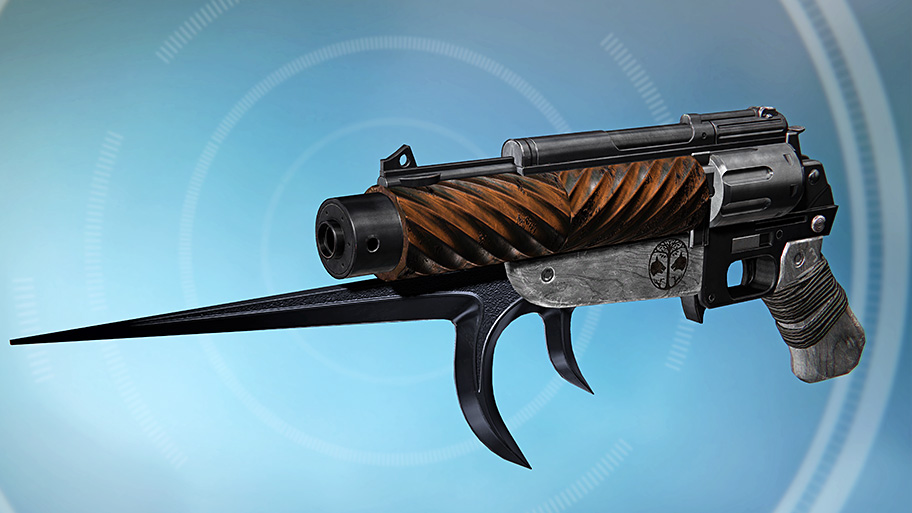 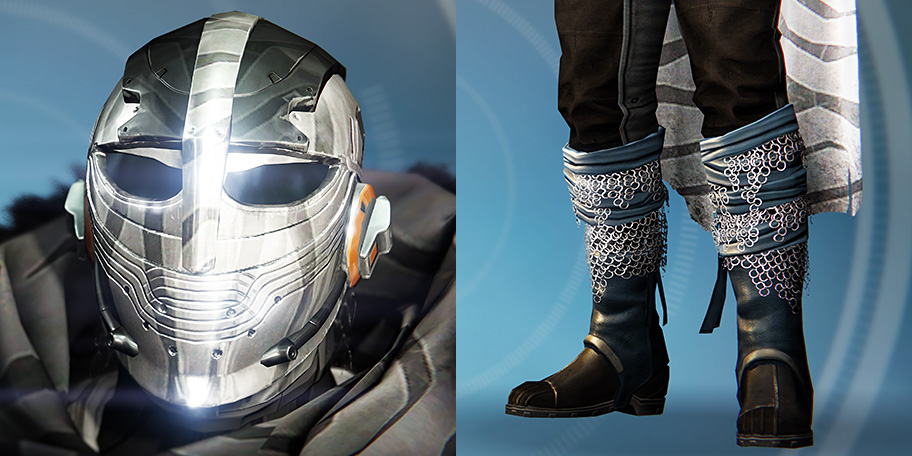 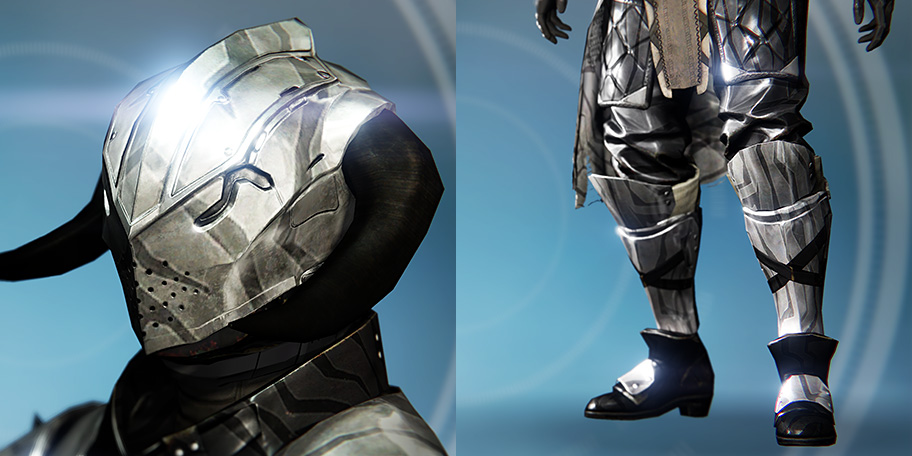 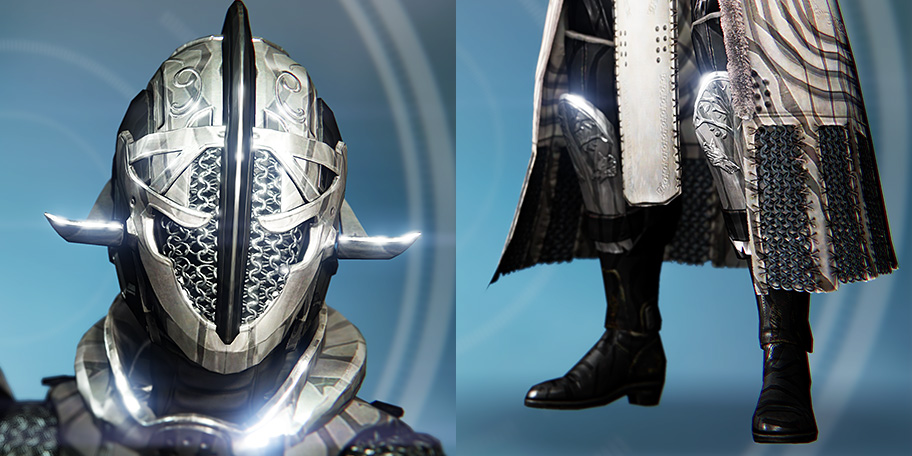 We have designated a new Bounty for you to hunt. JogandoPlay has volunteered to venture into the wild as a target for an eager community.

Same rules as before. Match with JogandoPlay during the two-hour event and win the game to earn your Emblem. It will be delivered to your Emblem Collection later in the week. We have to be at the studio to give these out so you will have to wait until Monday or Tuesday. If you have any questions about Bungie Bounties, our brave men and women at Destiny Player Support have created a handy Bungie Bounty FAQ for you. Speaking of DPS…
Helping Hands

…they are ever watchful. Our player support team is investigating issues behind the scenes. They are constantly tracking a list of known issues with the live game. If you need assistance, you can find them on our #Help forum.
This is their report.

Console Update Preview Programs
This week, it came to our attention that some players are currently unable to join Multiplayer sessions or connect to Destiny activities due to issues introduced by a Console Update Preview. If following the steps under the Network Troubleshooting Guide does not resolve your issue, we advise contacting PlayStation Support or Xbox Support for further troubleshooting methods.
Local Network Fireteam Issues
We are actively testing a proposed solution to an issue where players on a local network are unable to form a Fireteam. The proposed fix is somewhat complex in nature, as the changes would revise systems in place that all Destiny players use to form Fireteams with each other, or join matches. While this could solve the issue for some, it may introduce additional issues that would impact a larger population of the Destiny player base. As such, we are testing the proposed solution thoroughly to prevent further issues from being introduced.
In the case that this issue is not resolved by the proposed fix, or additional issues are found through testing, we will continue to pursue alternative solutions in hopes of addressing the Local Network Fireteam Issues. Additional updates on the investigation will be provided when possible.
Accessing Destiny Content
Over the last few weeks, Destiny Player Support has received many reports concerning access to Destiny content. In many cases, players were reporting that pre-ordered content was not available to them, or that they were unable to access activities that required the purchase of specific Destiny releases.

If you encounter this issue, please follow the troubleshooting steps below:

If all content is present when inspecting Destiny, you may need to re-install this content.
In the case that you continue to experience issues accessing content after following these steps, you may be required to contact PlayStation Support or Xbox Support for additional troubleshooting steps.

All the Right Movies

More Guardian-created movies have been served up for you hot off the Creations page. Guardians are getting cleverer with the movies they create. This week’s lineup features several well-edited selections. All of the creators will be receiving the Emblem as a reward for their victory. If you fancy yourself a director, submit your movie to the Creations page today. Maybe you will be one of next week’s winners.
Movie of the Week: A Planet Earth Parody

Honorable Mention: You RAISE ME…

That does it for this week. Next week DeeJ will be back stateside. Maybe he will even draw up a roadmap of what to expect in the month of March. Yes, this is where you can make jokes about how we’re hinting at future updates about future updates. We don’t mind. We’re just excited to get you the information.
Until then, you can find me in Iron Banner.
<3 Cozmo