Aug 11, 2016 - DeeJ
This week at Bungie we’re embarking on a European vacation.
And by “vacation,” we mean “attending the largest consumer convention in the world.” Our destination is Germany. Our mission is gamescom. Contained within our strange cargo are unknown elements of Rise of Iron. We’re about to rub elbows with hundreds of thousands of gamers to seek out the Guardians among them.
Citizens of Europe, we can’t wait to see you again! It’s been too long (just over a year, if you’ve been counting). When last we moved among you through the packed halls of the Koelnmesse, a distress call had summoned us to investigate Phobos. This time, we’ll be ascending Felwinter Peak.
If you can place yourself at gamescom, do come and see us. We’ll be in the Sony booth. That’s in Hall 7, as if you had to guess. Destiny will be playable – but we won’t yet say what you’ll be able to play. Nevertheless, queue up to get your hands on a controller.
Every great adventure deserves a Clan to help blaze the trail. We’ve assembled a delegation of brave souls to carry the message forward. Check out the official roster for our away team.

Those are the more visible players, but we’ll be traveling with some teammates who wield the magic behind the scenes. Their super-serious mission objectives demand their anonymity. As for us spokespersons? Seek out our appearances in interviews all week long. We’ll be jetlagged, so there’s no telling what details we might let slip.
The first act is our own gamescom Livestream, hitting our Twitch channel on August 16th at 10AM PST. Mark your calendars. For more details on what we’ll be talking about, check out the official tune-in announcement.

All summer long, we’ve been hinting at Crucible reveals that are yet to come. That time has almost arrived. Yet, no matter what you love most about Destiny, we’ll have some more details for you to devour. This reveal is for every Guardian.
Tell a friend!
Clash of the Titans and Hunters and Warlocks
Dispatches from the gamescom hype machine will make it hard to wait for Rise of Iron. At least, we sure do hope so. To ease your pain, we’re sending that special someone to keep you company in the Tower.

The sole surviving Iron Lord will keep the fires burning while we’re away. Saladin will have a fistful of Bounties to help you get into character. You’ll need to be vigilant to cash them in.
Begins: Tuesday, August 16th, Noon-ish*
Ends: Tuesday, August 23rd, 2AM PDT
*Scroll down to the next section for notes on impending maintenance
The game is Clash!
It’s a straight-up shooting match. We know you won’t break the rules. There aren’t any. The only constants are victory, defeat, and sweet loot.
Titan Armor 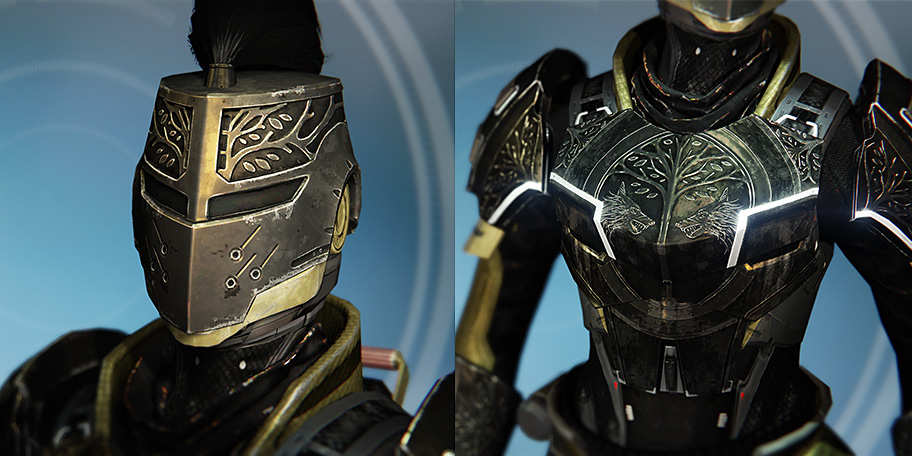 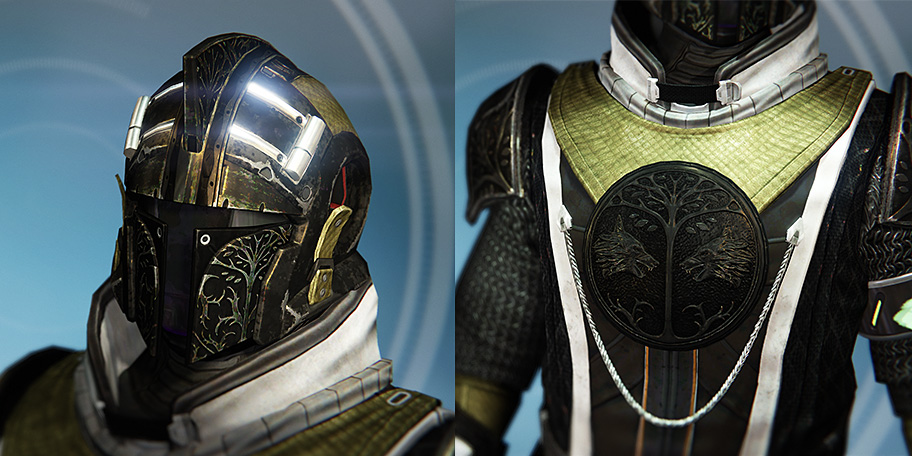 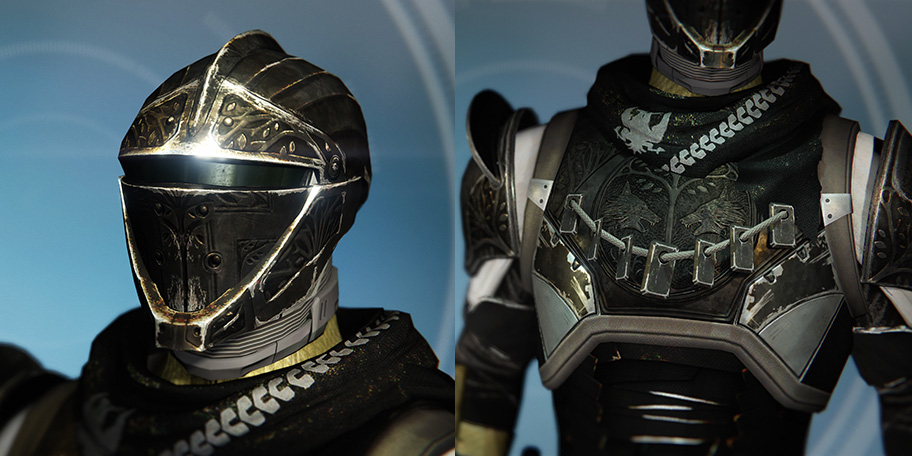 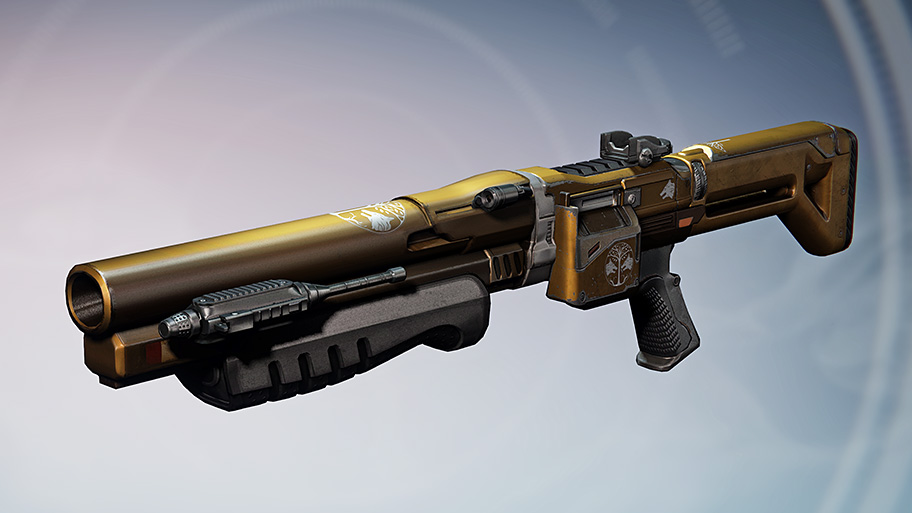 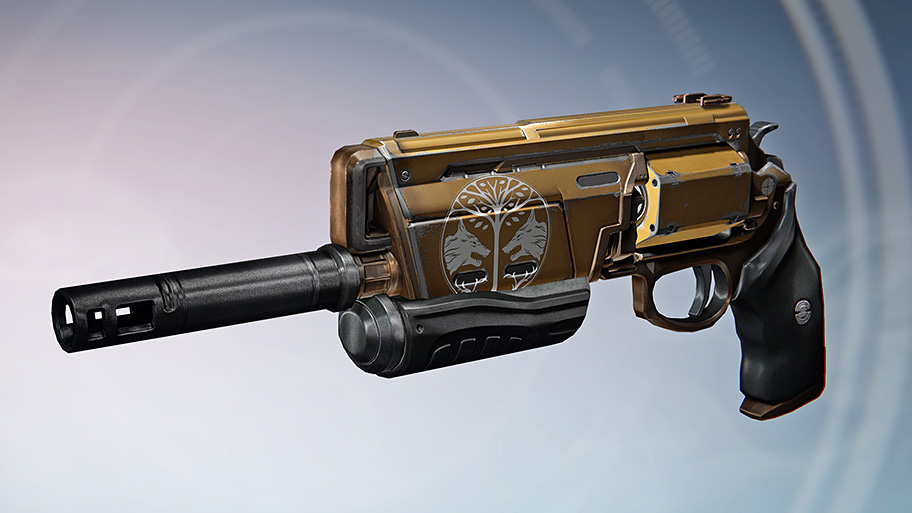 Don’t arrive on Felwinter Peak wearing anything but armor fit for an Iron Lord. This is one of your last chances to gear up, or level up what you’ve got before you venture into the Plaguelands. If you need a Fireteam, start making friends.
Pardon Our Dust
“Hey, why is Iron Banner starting two hours late?”
Nothing escapes your grasp. It’s true. We’ll light the gong an hour or two after we usually do. To prepare for the eventual launch of Rise of Iron, we’ll be opening a maintenance window.

House Rules: No combat in a construction site! If you’re still playing at 10:00 AM, we’ll probably have to kick you to orbit. It’s nothing personal. Fortunately, you can spend the downtime with us on our gamescom Livestream.
“Jerks... You planned this to inflate your audience!”
We did not. These are the machinations of progress. Sometimes, everything happens all at once. Do us a huge favor and help spread the word, though. There will always be Guardians who don’t receive this warning.
You know the drill. We’ll provide updates when our work begins and ends. If you don’t, please follow @BungieHelp right now. Stand by for updates from these fine people…
The Ones Who Speak For All

Destiny Player Support is our first line of defense when it comes to keeping you in the game. They diagnose technical issues. They work with our team to troubleshoot. They sound the all-clear when a fix rockets skyward from our launch pad. They watch over us from their new perch in the studio. They write this report.

Error Codes: Marionberry and Canary
With update 2.3.1.1, an issue was introduced where players experiencing connection issues were not receiving proper Error Codes when attempting to log in to Destiny. After successfully logging in, players experiencing this issue were not able to launch activities or perform other in-game tasks.
On Aug. 9th, 2016, we reverted back to the previous behavior which allows these players to see these error messages again. If you are met with Marionberry or Canary error messages consistently when attempting to log in, please refer to our Network Troubleshooting Guide for proper network settings. If you continue to experience these issues, you may need to contact your ISP for further assistance.
Local Network Fireteams
This week, we have been investigating issues impacting players attempting to form Fireteams on Local Networks. To aid in this investigation, we are asking that players encountering this issue file a report in our pinned Local Network Fireteam Issues thread in the #Help forum.
When filing a report, please provide the following information:
We apologize for the inconvenience, and are looking to resolve this issue as soon as possible. When more information is available, updates will be provided by Destiny Player Support within the Local Network Fireteam Issues thread.

When we're in Germany, this community manager will be the lone Guardian on this outpost – like Lord Saladin himself, only taller, with less wolves, and no armor.

Cozmo: They won again.
The streak continues. This Fireteam appears unstoppable with 8 straight weeks in the top spot. Just like that one guy on Jeopardy, they continue to win every week.

Who will stop them? This week is a bit of a curveball. RNG was cruel, and combined Trickle with Grenade Bonus. Maybe this odd pairing will allow someone else to take the top spot?

Cozmo, interrupted: More movies have arrived. We are about shoot them from your Internet device of choice straight into your eyeballs at the speed of light. The sound will arrive much slower, our apologies. If you would like to see your movies here in the future, submit them to the Creations page. Winners and Honorable Mentions will take home special Emblems.
Still got questions? Send them to Elliott Gray.

Next stop, Germany. I’m packing my bags. A mighty duffel filled with Bungie shirts, clean drawers, and Strange Coins is coming together. Twitchmaster Scott is already on the ground over there. I need to catch up to him and make sure he hasn’t depleted the local supply of soft drinks.
Won’t be long now.
There will be another blog article like this one next week. I have no idea what it will say, because Cozmo will write it. He’ll keep the home front safe while we journey eastward.
DeeJ, out.