Aug 27, 2015 - DeeJ
This week at Bungie we led a mission against the Cabal inside the Dreadnaught.
That loot-filled fortress is ours to conquer. We can’t have a space-faring professional military unit messing up the joint – or the rest of our solar system, for that matter – so we went in there and kicked some ass. As always, we let the community lead the way. For this mission, Mr. Fruit was on point.
Any seasoned Guardian knows that Strikes are cooperative encounters designed for three people. For this reveal, we brought a couple hundred thousand along for the ride. If you were one of them, thanks for watching! If you were not, we captured the event and force-fed it to YouTube.

You’ll have the chance to play this new Strike – along with many other missions – in a few short weeks. This won’t be the last reveal between now and then. Next up, Laced Up Lauren will join us in the Court of Oryx. Same Twitch time. Same Twitch channel.
And then there’s this, hot off the presses:

Our latest issue features Destiny: The Taken King across three covers, and is out now: http://t.co/73ZkGw1Kst pic.twitter.com/wRIpr5DURA

While you wait for our next broadcast, you can set your Destination for your local newsstand to read more about what awaits us in the rings around Saturn. Edge Magazine has the inside scoop. See The Taken King through their eyes.
Escalation
Once you’ve completed the new story campaign, a whole new suite of endgame activities will beckon. That’s where Strikes get even more challenging. When you seek context for the Destiny endgame, look no further than the Creative Director for The Taken King - also known as the guy who led the construction of your Vault of Glass...

Luke Smith: In our Strike the Dreadnaught reveal earlier this week, we showed some and told some about how we wanted Strikes to move forward into Year 2.

But those aren't the only changes coming to Strikes. We've also looked at the programming/Strike playlists and made some changes there, too.
Nightfall
Our desired Nightfall experience is the weekly ritual where you get together with your friends for a test of thumbskill and allow players to optimize for gear.
Burn skulls motivate weapon rotation and now the Burn resist talents found on chest pieces will rotate armor.
The death penalty of being kicked to orbit often leads to players feeling forced to play too safe, rather than running through the world as a monster killing machine.
Another thing we didn't like about the Year 1 Nightfall was how players could feel forced to play Nightfall as early as possible in the week to maximize the benefit from the Nightfall buff. So, we've shelved that buff until we can reform it into something closer to its original intent - a mark of prestige for having achieved something challenging. We've adjusted sources of XP and Reputation up to account for its absence.

Weekly PVP Ritual
Nightfall was built as a ritual experience for groups of three players in PVE. In Year 1, we didn't have a good weekly ritual experience for PVP players.
Once players have completed the PVP Intro chain on Lord Shaxx, they receive access to the Weekly PVP quests on Lord Shaxx and the PVP Quartermaster.
Each week, Lord Shaxx has a Bounty called "The True Meaning of War." Completing this Bounty each week (which requires completing the PVP weeklies) grants players Nightfall tier rewards.
Daily Heroic/Daily PVP
It's important to us that Destiny remain compatible with real life. Playing multiple characters can sometimes feel like a job or a chore, the Daily Heroic and Daily PVP often felt that way. So we increased their rewards and made them an account completion. We want players to choose which characters they want to play on and earn Legendary Marks on.

Did we mention that you’ll need to confront the immediate threat first? Oryx lies between you and these challenges. You'll need to survive his wrath to partake in the new endgame.
EXPOsure
PAX is upon us and Seattle has become overrun with gamers! We know there are Guardians among them. We have plans to move among all of you, checking out the games and meeting the players. PAX is all about Community and we’d never miss it. 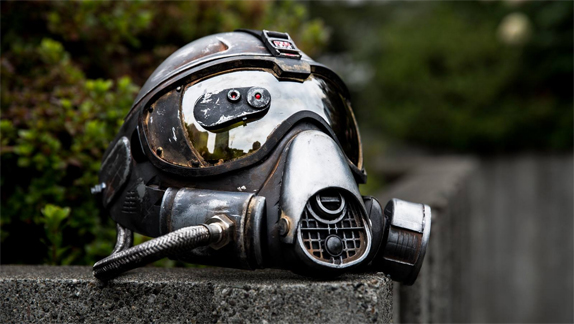 If you’re sporting Guardian regalia, we want to see you assemble outside near the sculpture garden on the upper decks of the convention center at 3:00 PM on Saturday. We’ll be on hand to admire your creations, shake some hands, kiss some replica weapons, and capture some content for posterity.
Join us. Strut your stuff. Reenact a battle between Guardians and their enemies!
Change Agents

When The Taken King arrives, he’ll shake the foundations of our shared world. You’ll want Destiny Player Support at the ready to answer questions and address issues. Fortunately, they’re at the ready to serve.

DPS: Update 2.0 marks the beginning of Destiny Year Two. We want to make sure you’re prepared when it drops, so Destiny Player Support is doing the most to ensure you know your foe. All Destiny players will be required to download and apply the Update to continue playing even if they do not purchase Destiny: The Taken King. Below are some of the big items to help you fully prepare for the update on September 8, 2015.
Make sure you’re set on Hard Drive Space
If you’re playing Destiny on PlayStation 4 or Xbox One:

If you’re playing Destiny on PlayStation 3 or Xbox 360:

PlayStation 3 owners: you’ll need closer to 20GB free for the required update during download and installation. Once install is complete, you’ll need around 10GB free

- Upgrade your console – your Destiny Characters, gear, and progress will currently transfer if you upgrade either from PS3 to PS4 or from Xbox 360 to Xbox One.  Cross family data transfer (e.g. PS3 to Xbox One or Xbox 360 to PS4) is not supported.

- Contact Activision Customer Support at https://support.activision.com/destinyupgrade. If you are validated as an existing and active Destiny player on one of the 20GB consoles as of September 15, 2015, and you submit your validation requirements to us no later than December 31, 2015, we will assist you in finding the right solution for your console’s storage space.

All of the above information can be found on the following Help page.

Bookmark the #Help forum, friends. We’re always one click away.
Captains give it Four Thumbs Up

Your new Community Manager is a toastmaster of digital culture. He wants to hear your stories from the digital front and he wants to tell them to a larger audience.

Cozmo: It’s the end of a long week and the conditions are perfect for MOTW. Last week we had a very well-edited montage. This week, it’s a great parody video from a classic book that became a tragic movie. If you want to earn the highly-desired MOTW emblem, submit your video to the Community Creations page. If it’s chosen as a winner or an honorable mention, you’ll find your reward in the Tower. Envelope please...

Honrable Mention: And his name is…

Final Programming Note: Just after E3 we announced a $20 Upgrade that would provide the option for Year One Guardians to pick up the Emotes and Class Items from the Digital Collector’s Edition. That offering will be available in your console marketplace or store at The Taken King’s launch on September 15th. To those of you who had already purchased a Digital Collector’s Edition prior to that announcement, we promised that we’d have some additional information for you:
“If you purchased the existing Digital Collector’s Edition, and you already owned Destiny and both expansion packs, we’ll have some additional information for you soon.”
We haven’t forgotten about you. We know who you are, and we’ve kept a list. We’ve also identified what we’re going to give you for your awesome early purchase. Unfortunately, it’s stuff that won’t be available immediately at launch. The use of the word “stuff” here is regrettably vague, but we think you’ll be pretty excited once you learn the details.
We’ll deliver those details as soon as humanly possible. Thanks again for being patient.
There will be plenty more to say about The Taken King before Commander Zavala dispatches you to investigate a Cabal distress call. We’re only a few short weeks away from The Taken King, and those weeks will be filled with surprises. While you wait for them, remember: You have ten days to complete your Moments of Triumph.
See you around the Internet, and maybe even beyond.
DeeJ, out.