Apr 2, 2015 - DeeJ
This week at Bungie, we’re dancing ever closer to the House of Wolves.
The next expansion for Destiny is something we’re really looking forward to talking about. This month, there will come a day when we’ll reveal a release date for the trials that await you, with a whole reef of details soon to follow – but it is not this day.
First, we have more work to do on the version of the game you’re playing now. Update 1.1.2 has been a topic for conversation between us and you for weeks now. Ever since we published an inventory of what we’re packing into the download, we’ve been itemizing the list with more information about the contents. Today, we’re talking about the things we’ve been doing to refine PVE activities:
Every Boss answers to someone. Read on to meet the people who are improving their performance.
Winners Never Quit
We’ve said many times that Destiny is never finished. We’ll keep updating it, polishing it, revising it, and pushing its boundaries until you pry it from our cold, dead… You get the idea. For some time now, our team has been working to improve upon some of the most elaborate (and challenging) encounters for your team.
First, we’ll talk about the fixes planned for Raids. Given their complexity, revising the way they work can be painstaking. 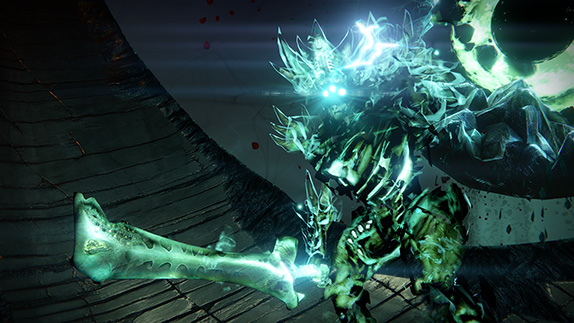 Senior Designer Gavin Irby has his sights set on refining the endgame.

GI:  The Raids are living content for us. We play every week and experience them in the same ways as any other player. In 1.1.2, we have an opportunity to make some targeted fixes. We prioritized a list of items based on community feedback and tried to hit the ones that have been the most important to players. In particular, we wanted to improve the Atheon and Crota boss encounters. They’re challenging enough without the game getting in your way. 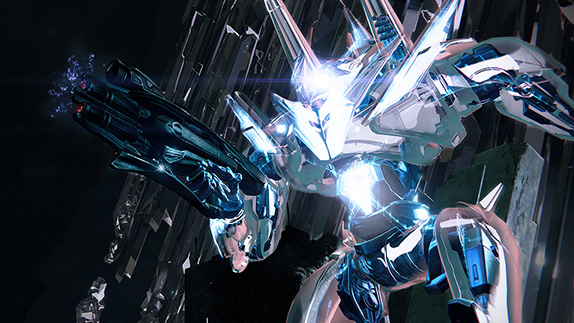 Activities Engineer Sean Chan is wielding the sword that kills the bugs.

SC: Fixing bugs for the Raid is most challenging in two ways: figuring out went wrong and devising a safe way to fix it that won’t break the rest of the game. The Raids have some of the most edge-casey content in the game, so the bugs can get really tricky. For example, we had a bug where players weren’t doing damage to Minotaurs with the Relic shield. Turns out that the complicated hit test we use to detect a melee hit just missed the combatant because of the long-legged shape of its body. Some of these bugs were truly baffling, but we dug deep and went to great lengths to improve things.

That’s just one bug that Sean has wrestled with. You’ll learn about all the rest of them in the Patch Notes, coming soon. Next, let’s look at how we’re changing the way Strikes play out. Some are harder to complete than others. To create a better standard for the way these cooperative missions challenge a Fireteam, we’re issuing new walking (and fighting) orders to the Bosses. 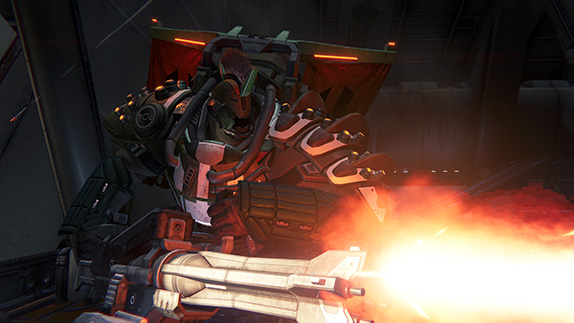 User Research Lead John Hopson has the data to inform our process.

JH:  The Cerberus Vae III Strike is arguably the longest and hardest Strike in the game.  It has one the lowest completion rates of any of the Strikes. Even when players complete it successfully, it takes longer than almost any other Strike activity at 27 minutes on Normal difficulty.  When it’s appeared as the Nightfall, it’s actually had the lowest completion rate of any Strike activity in the game. The Dust Palace Strike isn’t quite as hard, but it still takes longer to complete successfully than the average Strike at 23 minutes on Normal difficulty. 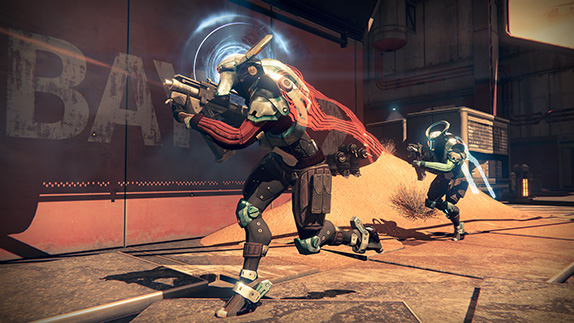 Production Engineer Brenton Woodrow is putting that data into practice, like a boss.

BW:  Our goal was to ease the difficulty for the least-completed strikes. In order to do this, we focused on the final boss encounters, which were fairly lengthy on higher tiers. We addressed this by reducing the strength for several of the major combatants. We also felt that the bosses themselves could use some tweaking. We reduced Valus Ta’Aurc’s health by a third and reduced the Psion Flayers’ shields by about 15%. We locked these changes after several playtests with the designers and feel that they bring these encounters in line with the rest of the Strikes.

These changes will arrive in a couple of weeks. We’ll be interested to hear what you think after you’ve had the chance to experience them for yourselves.
Quitters Never Win
While finessing a boss encounter is all well and good, you won’t appreciate the difference unless you actively participate in the Strike. That might make all the sense in the world to you, but there are players in our world who prefer to hang out in the rear with the gear and let their Fireteam brave all the danger.
Once again, John Hopson is on the case. User Research, after all, is all about the science of improving the player experience.

JH:  In Destiny’s community, the efforts of a dedicated player can have a huge impact on the experience of hundreds or thousands of other players. Most of the time, this is awesome. When someone is willing to put in the time as a Raid sherpa, a clan leader, or a forum moderator, we all benefit and Destiny comes a little bit closer to its potential as a shared world.

Unfortunately, there are a few individuals who have put in that same level of monomaniacal effort into being jerks. Sitting idle in Strikes and PvP has been on our radar for a while now, but it’s become clear that a small number of the worst idlers are responsible for damaging the experiences of thousands of other players. One player not contributing in an activity might seem like a small thing, but it can make a Weekly Heroic Strike unbeatable or make a Crucible match unwinnable. Those little bits of damage to the experiences other players adds up over time.

1)  It probably doesn’t. Do not panic just because you had to put down the controller in a Strike last week when the pizza guy showed up just as your fireteam reached Valus Ta'aurc. There is no way you will accidentally be flagged under this policy unless you are a truly dedicated idler, someone who has really gone out their way to repeatedly cheat their teammates.

2) Please be sure to use the reporting system to let us know how your teammates are affecting your Destiny experience, both positively and negatively. We will never act on player reports alone, but we use those reports to find areas and individuals where our automated detection systems aren’t working correctly. They are an invaluable part of how we tune the live experience of our game.

The feedback loop is real, Guardians. Access their Details on the Roster page and satisfy your appetite for Justice. Don’t feel bad about snitching. A community that self-polices creates a safe place for us all to play. The power is in your hands, so please wield it!
We’re watching, and we’re at the ready to take action in many ways to make Destiny better.
Always Connected

Destiny Player Support is online. Help is their mission. Here’s their latest report.

Do you have an issue that’s not described above? Search for it here. Or tell us about it here.
The Audience is Listening

The audience is us. We build the stage. You put on the show. And the awards for achievement in kicking ass and looking fabulous while doing it go to…
WINNER: Such foolishness. Wow. Much talent. Amaze!

hey @Bungie, check this out for #DestinyMOTW (not mine, but funny) - best helmet ever: https://t.co/K6qfNr6rJP

#DestinyMOTW I got a fever! And the only prescription is more throwing knives! Heavy doses given here https://t.co/rCrayHeduB

Emblems are on the way to let everyone know we love your show. Thanks for keeping us all entertained.
Next week, we’ll delve into the future of ammunition in the Crucible. More changes are on the way, and we have designers on hand to tell you all about their work.
DeeJ, out.