Feb 26, 2015 - DeeJ
This week at Bungie, we all downloaded the latest update for Destiny.
Just in time, too. For several weeks, we’ve been calling the shot: Update 1.1.1 would land before the end of February. After several previews of what it would contain, and with only days to spare, it did.
Can you see the bead of sweat trickling down my brow? If you aren’t up to speed on what 1.1.1 has to offer, spend a few precious moments with the Patch Notes.
If you’ve already taken your choice new shotgun for a ride, don’t stop reading here. There are a few small surprises you’ve yet to hear about.
Mobile Vaults Available
If you can read these words, you’re one click away from the Destiny Companion. When you’re on the go, Bungie.net and the Destiny Mobile Application work together to keep you connected to your stable of Guardians, to your trusted allies, and to us.
Today, we’ve updated both versions (Web and Mobile) with a new feature we’ve been excited to share with you: Mobile Vault management.
To learn more about how your Companion is growing to better serve your needs, I talked to Engineering Lead Chris Gossett. His team is always working on new features to enhance your online gaming experience. 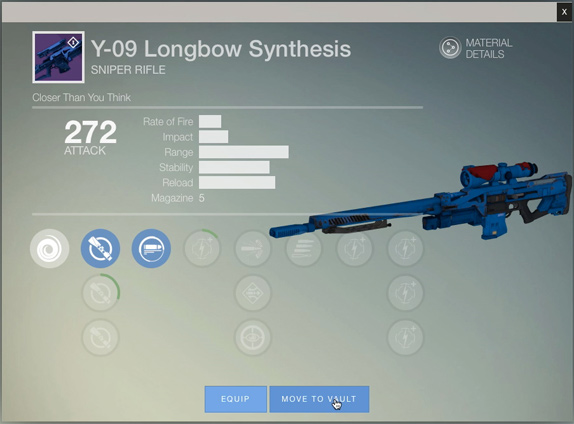 Hey, Chris! What’s the goal of this new wonderful new toy you’ve given us to play with?

Chris:  One of the primary goals for the Destiny Companion is to help you prepare for battle. If you use your Vault to share items between multiple characters, we felt that this is a must-have feature to get you ready to play.

Here are a few scenarios in which we think you’ll find this handy:

Where did you get the idea? You didn’t steal it from the community, did you?

Chris:  We read a lot of reviews and feedback. Allowing transfer of gear to/from your vault has been one of the most requested features. Plus, as players of the game, we’re pretty excited about vaulting from the Companion.

Can you give us a tutorial for how it works?

Chris:  On www.bungie.net, Android phone, or iOS device, go to an item in your inventory and bring up the item detail screen. There are two options available (Equip and Move to Vault). Remember, Equip from Companion works only when you’re not playing Destiny in a combat space. With Vault transfer, there is no such restriction. You can interact with your vault whenever or wherever - even in combat.

Hit Move to Vault to transfer an item to your vault. Conversely, when viewing an item in your Vault there’s a button that says Take from Vault. Doing so will move the item to the character currently in focus on the app. If you’re transferring an item that has a quantity (like materials) you’ll get a prompt that asks “How many?” If you just need a couple, there’s no need to take the whole stack. Just get what you need.

We’re used to viewing the Vault from the Tower Map. Is this what we’re looking for?

Chris:  Nope. Interacting with the Vault there doesn’t provide item management. It’s simply a list of what’s currently in your Vault. We’ll alleviate that confusion in a future release. To manage items, use the Vault tab and screen in accessed via the Legend.

Thanks, Chris!
While Vaults just got easier to use, we know that there’s still a lot of chatter out there about how your Vaults can still grow and improve in the future. We hear you, and we’ll talk soon about other ways in which we can continue to update and improve the Destiny experience.
In the meantime, we hope you enjoy the newest round of upgrades.
Inferno Inbound
If the Crucible is no place for mercy, it’s also no place for complacency. We have a team of designers who love to keep you fighting for honor, glory, and the chance for some loot. One of them is Leif Johansen. As a Senior Designer, he’s one player on a team that is always striving to give you new ways to clash with other Guardians for control of the battle.
He’s here to tell us about their newest creation: Inferno playlists.

Leif:  Inferno is a game mode coming to the Crucible on March 3rd.
We’re starting with Inferno Control, a PVP experience that’s more about basic gunplay and achieving more with less. PvP modes should give you the opportunity to flex new gameplay muscles you didn’t know you had.

Leif:  We’re removing the Tracker that warns you of nearby opponents. We’re hoping this change will provoke players to rely even more on certain skills like map knowledge, teamwork, good positioning, successfully flanking opponents, using jumps to set up ambushes, catching audio cues like footsteps, and using friendly nameplate UI as clues toward enemy position. Lack of Tracker should also indirectly reduce the effectiveness of Supers and Heavies, and make the mode more about basic gunplay.
Here are some of the changes that will make that a reality:

Where can we expect all of this happen?

Leif:  Inferno uses a mix of old and new maps, but we’ve pulled out a few maps that are so big that players may struggle to find fights.
Here’s what you’ll find in the rotation:

Thanks, Leif!
Inferno Control will be active in your Director for one week, to return in rotation with other playlists you know. The Crucible heats up on March 3rd. You have until then to practice flying blind.
To kick off the festivities, a few of our most aggressive players are forming a dream team for a Bungie Bounty. They’re practiced up on the new rules, and most of us refuse to enter matchmaking with them, so this promises to be anything but a cake walk. 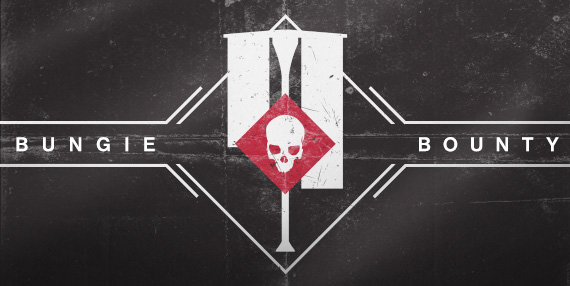 And remember what Leif said: Check your corners, Guardians.
There have been a lot of changes to the way you fight, the weapons you use, and how they all find balance in the chaotic sandbox where they live. Tomorrow, some of the Designers behind those updates will visit the Bungie.net forum and chat with you about their process. Should be fun.
As always, stay tuned right here for details.
Keeping It Clean

Their charge is the health of the community. Their office is the Destiny Operations Center. Here’s their prescription.

Update 1.1.1 is live. With it came a fix for the Xbox One re-downloading update issue. If you’re still experiencing this issue after updating Destiny, please follow the troubleshooting guide linked above, or post in the #Help forum.
We also implemented a fix for qualifying players who had deleted their characters and were unable to claim the EV-30 Tumbler Sparrow. Players who experienced this issue can now claim the Sparrow from Tess Everis at Special Orders. If you were one of the players who qualify and you still are unable to receive your Sparrow, please let BungieHelp know by posting in the #Help forum. We’re on the lookout for any unresolved cases. As a note, please ensure you check all characters for the Sparrow before posting in the #Help forum.
Lastly, we have a long list of fixed Grimoire cards; please take a look at the patch notes to see which cards were fixed. If you are encountering any issue with these cards, or any other Grimoire cards, please let the Bungie.net team know by posting in the #BnetIssues forum.

As far as they’re concerned, an Apple a day is one too many.
And the Emblem goes to…

We love it when you make cool stuff using our game as your stage. Here are the players that cast themselves as the heroes in their own award-winning epics this week.
WINNER: For sharp edits, sweet moves, and impeccable style.
[I watched this one eight times while I edited what you’re reading.]

HONORABLE MENTION: For sleight of hand and proof that Guardians can say “Blade Dancer” in any language.

The wolf trust in the clan, But in the best case, it's the clan which believes in the wolf #DestinyMOTW http://t.co/GE4SQLlQVI

We’ll keep watching #DestinyMOTW for great videos if you’ll keep sharing them with us.
Talk to you some more tomorrow! Keep an eye out for the blog announcement for our Designer Open House.