Feb 10, 2015 - DeeJ
Every Bungie Bounty that we've conscripted and rewarded to date has been a heated Crucible fight. This week, we felt like doing something different. Instead, we're putting a price on the head of a notorious Raid boss.
The hunters will be some Bungie people, escorted by the Dads of Destiny Podcast crew. When they're not chatting about their shared adventures, they lead one of the biggest Clan Alliances on Bungie.net. It's a nice place where parents can express their inner child. 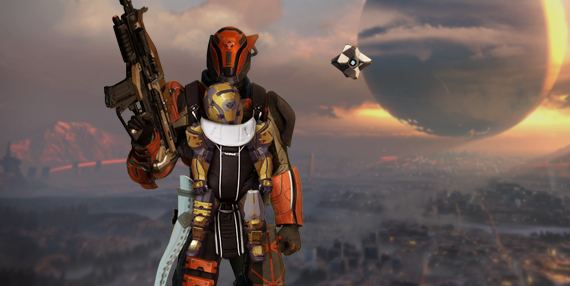 Ever since we profiled the Dads of Destiny right here on the blog, some of us have been getting better acquainted with them - in Raids! It turns out that balancing a life filled with career and family duties still leaves plenty of time to be awesome at Destiny. They've been frequent teammates in many of our raiding parties.
Together, we'll end Crota in front of a live studio audience.

Why so late? This needs to happen after the kids go to bed. That's how Dads roll. Along with the hosts of the DOD Podcast, these brave developers are about to descend into the Hellmouth:

If you were hoping for a chance to kick our asses and score for yourselves a fancy emblem, don't lose hope. We'll get back to the business of answering your gunfire with some special guests next week. For the sake of variety, we wanted to share a Raid as part of a joint-task force featuring some teammates from the community.
Tune in, and see how they do!