Oct 3, 2014 - DeeJ
This week at Bungie, we pulled the Cryptarch aside and talked to him about some of your concerns.
We’re always reading the comments that radiate through the Internet. Even if your thoughts can’t reach that lonely Tower kiosk of fear and loathing, you can rest assured that we’re willing to pass along your feedback.
We assured him that you found his business practices to be a little cruel. 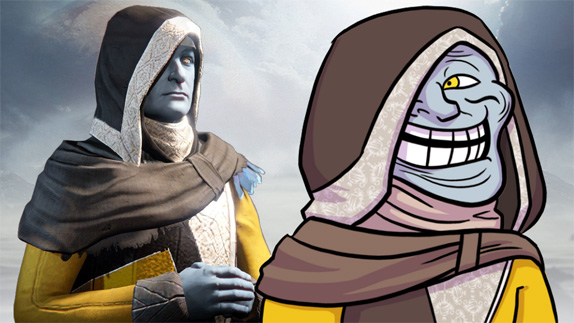 We delivered proof that imitation is not always a form of flattery.

We let him know that your confidence in him had been shaken. 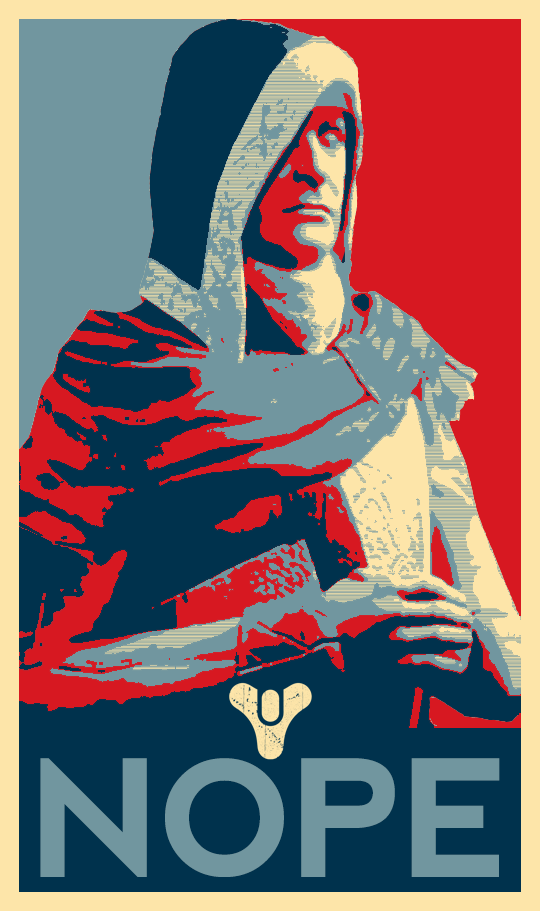 We read him a poem that was anything but a love letter. 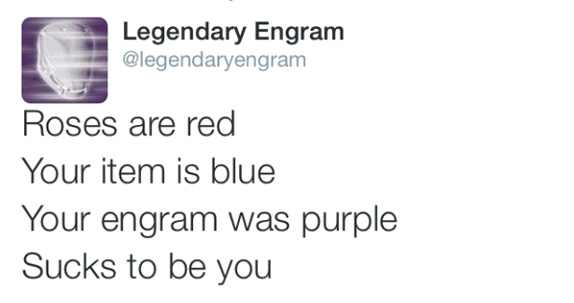 We told him that you don’t like to haggle when the planet is on the line. 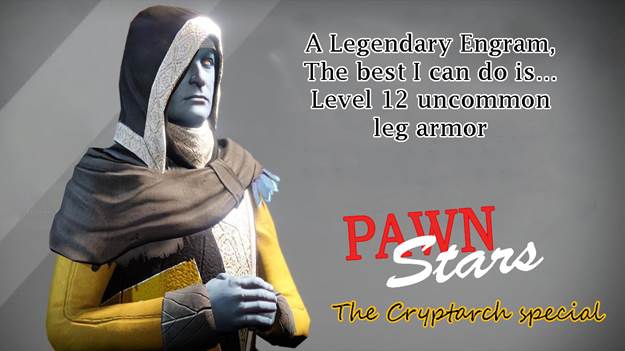 And, there were some other group photos that had been taken with him that we didn’t have the heart to share. He is a man of science and dignity, after all.
You should have seen his face as the pain and anguish he had caused all of you became apparent. Rahool isn’t a bad guy. He’s just not as sensitive as we all are to the categories that demarcate the effectiveness of ancient weaponry. He gets caught up in the art of it all. Living a sheltered life away from the danger and excitement of the frontier will do that to a person.
If we could summarize what our prince of Engrams was feeling this week, it would sound something like this:

We think that captures the sentiment embodied by these Patch Notes, too. Give ‘em a read if you’re curious about the state of the economy in the Cryptarch’s booth.
Early reports from the Tower indicate that your Engrams will be safer from here on out. Good hunting to all of you. May it rain purple upon you!
That’s a lot of dead Vex.
What if, every week, we singled out one of you for some special attention?

It would have to be for a very good reason. For instance: None of you have raided as much as this Guardian. 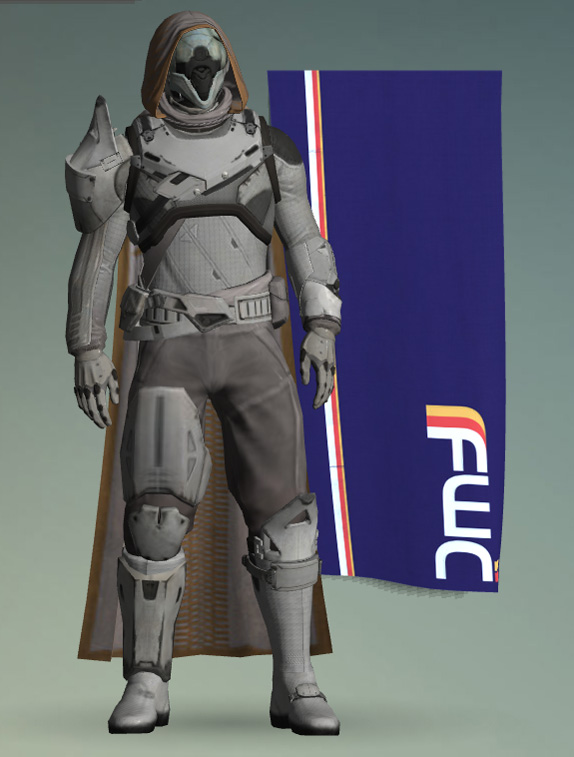 Allow us to introduce you to Toxic Bubble. This Hunter aficionado has reached the end of the Vault of Glass 25 times. Each of his three Guardians in Destiny has faced Atheon and lived to reap the rewards.
There are more rare creatures out there with equally impressive statistics to share. We’ll unveil another one next week, and another one the week after.
Gear up in Real Life!
New Destiny stuff is available in the Bungie Store. Go check it out.

You don’t even need to gain reputation with the vendor. All you need is a sense of style and whatever serves as the equivalent to Glimmer in your corner of the real world.
Care to dance? Let’s open the Sack!