Nov 8, 2013 - DeeJ
This week at Bungie, we powered through another milestone.
To understand what that really means, you need to talk to a guy like Patrick O’Kelley. He’s the Executive Producer on Destiny, the man responsible for ensuring that our bodies can cash the checks that our imaginations have written.
“At this point in the development process, we’re iterating on nearly all facets of the game – from the new user experience to the arc of the investment game.”
That point comes into crystal clarity within our Post06 build, the latest all-up version of the game we’ll play together to kick off the weekend – and to set the stage for the work to come. It’s not all fun and games here. To gain entry into the new and improved frontier, the champions we’ve played and loved must be committed to the stars. They were shells of their final form from the beginning. We knew that the moment we called them forth from the darkness.
That doesn’t mean that we don’t get attached to them. Their missions felt as vital as ever. Their victories were our victories. Their memories, ours. So, let’s take a moment to memorialize some of them. 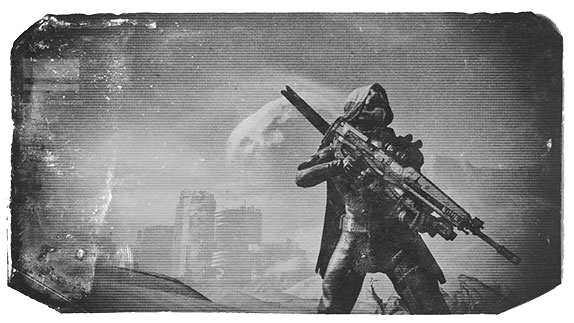 Associate Artist Jesse Hall took his Hunter out for one last stroll outside the Buried City on Mars. 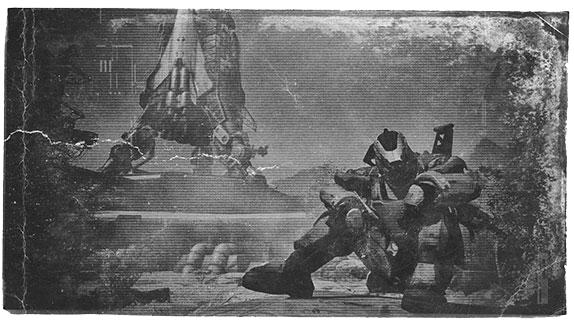 With nothing left to smash, the Titan that belonged to Investment Test Lead Daniel Auchenpaugh poetically hunkered down to await the end. 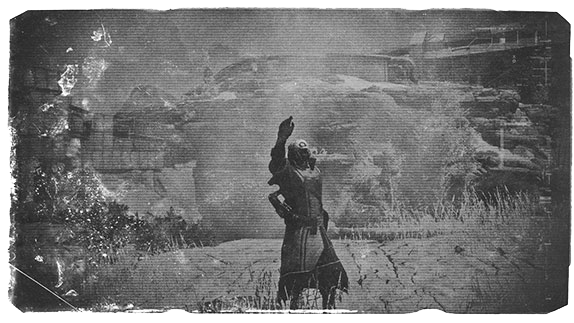 BVT Tester Victor Anderson’s Warlock cast a friendly wave toward the future build, from a place you’ve yet to imagine.
In the studio, the mood is anything but somber. We know it takes something stronger than a reset button to truly destroy a Guardian. Their Light burns bright. As you’re reading these words, Jason Jones will be kicking off our playtest with a challenge to pretend that we just removed the shrink wrap from the final version. As it is with our brave Guardians, so it is with Destiny. There is always a new beginning.
According to Patrick, the most important element of a game is the way it begins. “Keep in mind that this section is the most critical to get right. It will be played by everyone who purchases a copy of Destiny. It needs to train people how to play our game. It needs to excite them about our universe.”
As a designer with investment on the brain, Tyson Green can be less metaphoric and more economic about retiring and reviving our Guardians. “We wipe characters because they’re made of old stuff: old Items that we’ve revised, old levels that have been rescaled, carrying the ill-gotten gains of old bugs that we’ve fixed.”
For Tyson, reinvention is a crucial part of iteration. He says goodbye to a freshly minted Guardian several times a week. Don’t feel bad for him. It’s all in the name of progress.
“Turning the studio loose with fresh characters means they exercise new activities, trigger new rewards and tutorials, and help us understand if we’ve improved the game over the last milestone, or broken something important.”
The whole point of having a character in Destiny, after all, is being able to build it up and tweak it out - to become invested. As valuable as the exercise may be, and no matter how many times we must begin anew, dismantling our Guardians always stings just a little. Hopefully, that means we’re onto something.
Time will tell.
The Weekly Roundup
Of course, many of other things went down at Bungie this week. Destinations became more worthy of your travels. The skies of Venus received new atmosphere. We gathered in a place we dare not name, nor describe, and started to experience exactly how this game of Destiny will end.
For the first time, we took our work home with us in the most literal fashion possible. A handful of us prepped boxes for couch-bound tests of Destiny. That’s one homework assignment that requires no procrastination.
Chris Butcher stepped out of his captain’s chair and took matters into his own hands. For the first time in ten years, he put his own fingertips to keys and contributed fresh code to our game engine. In getting back to basics, he was reminded that perfection is never attainable. “Over the short term, coding is engineering. Over the long term, coding is gardening.”
In the Gauntlet, testers were visited by ghosts. On a routine inspection, an homage to a game created by the Bungie of old broke the stride of a perfomance tester. Memories of games past stopped him dead in his tracks as a wave of nostalgia crashed on his mind. You’ll share his sentimentality someday, if you be old school and thorough. Brand new progression testers took their first steps in our march toward completion. They filed their first bugs and shared with us their first overtime pizza dinner. Their first taste of Bungie comaraderie called forth echoes from the supper tables of their youth.
We grappled with glitches.
We grappled with each other.
And, this week, perhaps most exciting of all, we let some very special guests play Destiny for the first time, but that’s an adventure you’ll read about in the weeks to come.
Stay tuned.
It feels like we never talk anymore.
Let’s open the Sack!

ChorrizoTapatio  I see that tester positions are always open at Bungie. What makes someone with no experience testing stand out for a position like the progression tester that doesn't seem to require any former testing experience? Is testing a good way to get your foot in the door for the gaming industry?
There are a lot of ways to get your foot in the door of the gaming industry. To give you a sense of the choreography, I ran off and asked an executive officer from the test wing at Bungie.

We’re gonna ask you how to test something. We want to see that you have a tinkerer mindset – always fiddling with something to try and break it, or prove that it works.  We expect you to be an endless source of ideas. We’ll also ask you to do some problem solving as part of that, because a huge part of testing is solving problems. Test is a good way to get your foot in the door. We’ve had a lot of testers move throughout the company. But that should be your long-term plan. If you get hired to test, you’ll be evaluated on your test skills.
David Gasca, Test Lead

gr8b8m8  When will you stop dodging all the good questions?
What's really going to bake your noodle later on is: Would your question have been good if I hadn't answered it?
Kirov 099  We've seen the pike as a player-usable vehicle, and the spider tank as an enemy vehicle. To what extent will vehicles be part of the game, and what other types of vehicles can we expect to use/encounter?
Pikes belong to the Fallen. You’ll need to steal one if you want to take it for a spin. You won’t always have to make out like a bandit to enjoy a sweet ride, though. Every Guardian gets their own whip. One that will nearly always be there when you need it.
WILLtheKILLA5  Can I play against Bungie in the beta?
We’ll be there. Look for us. Fear us.
OPs mom  How often do you plot against your co-workers?
A few times a week at lunch, nearly every day in the labs, and several times a day in the bathrooms.
M4ttchoo  A long time ago we saw an image of a player character card that showed character stats / attributes. Is a character attributes feature still in the game, and if so can you tell us anything interesting on that topic?
You’ll spend a lot of time looking at something that’s evolved from that over what should feel like billions of years. As far as work in progress goes, that bit of creative jelly had just barely crawled out of the ocean. It’s now standing mostly upright, though the spine is still a bit bent for our liking. We’ll show it to you when it’s ready to climb into a capsule and explore the new frontier.
After all, what good is chasing your legend if you can’t sit back and admire how badass you’ve become?
That’s it for this week. I know I promised to answer seven questions, and I did, but one or two of them got cut. Like a Guardian in a development build, all good things must come to an end. In keeping with the metaphor, the Bungie Weekly Update will also rise again from the dust of its own ashes.