Destiny 2: Season of Dawn begins on December 10, 2019, and ends on March 10, 2020, at the weekly reset. This season pass can be purchased directly in-game in with Silver by visiting the Seasons page in the Director. Players who have purchased the Shadowkeep Digital Deluxe Edition will already own this season pass. 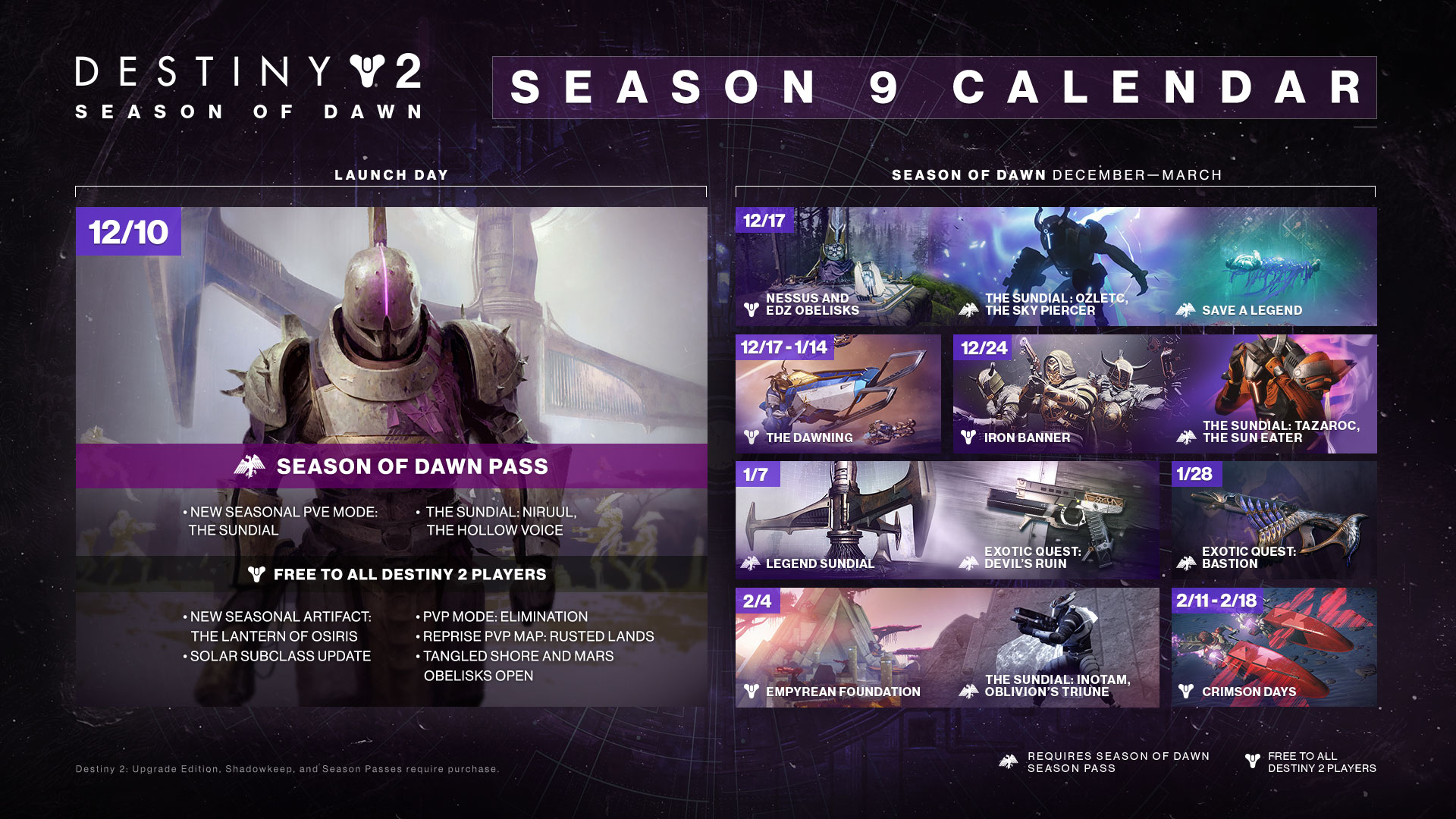