For details on Gambit, the new PvE/PvP hybrid activity introduced in Destiny 2: Forsaken, players should see the page below.

Fight. Collect. Bank. Invade. Gambit pits two competing teams against the minions of Darkness, with the twist that each team can send a player to invade and disrupt their enemy team.

Players who wish to participate in Gambit must first meet the following requirements in order to access this activity from the Director:

Unlike other progression-based ranking systems in Destiny 2, each Infamy rank is split into three tiers. The Guardian, Brave, Heroic, Fabled, and Mythic ranks will all have three tiers. The Legend rank, however, is one singular, solid rank.

In all other regards, Infamy ranks will function very much like Valor ranks in the Crucible:


In addition to completing matches, players can also earn Infamy by completing Gambit bounties. Each day, the Drifter will have a selection of daily bounties available for sale that will award Infamy points, as well as other rewards. He’ll also sell a special weekly bounty to players who reach Level 50. The weekly bounty will award a large number of Infamy points and a piece of powerful gear. 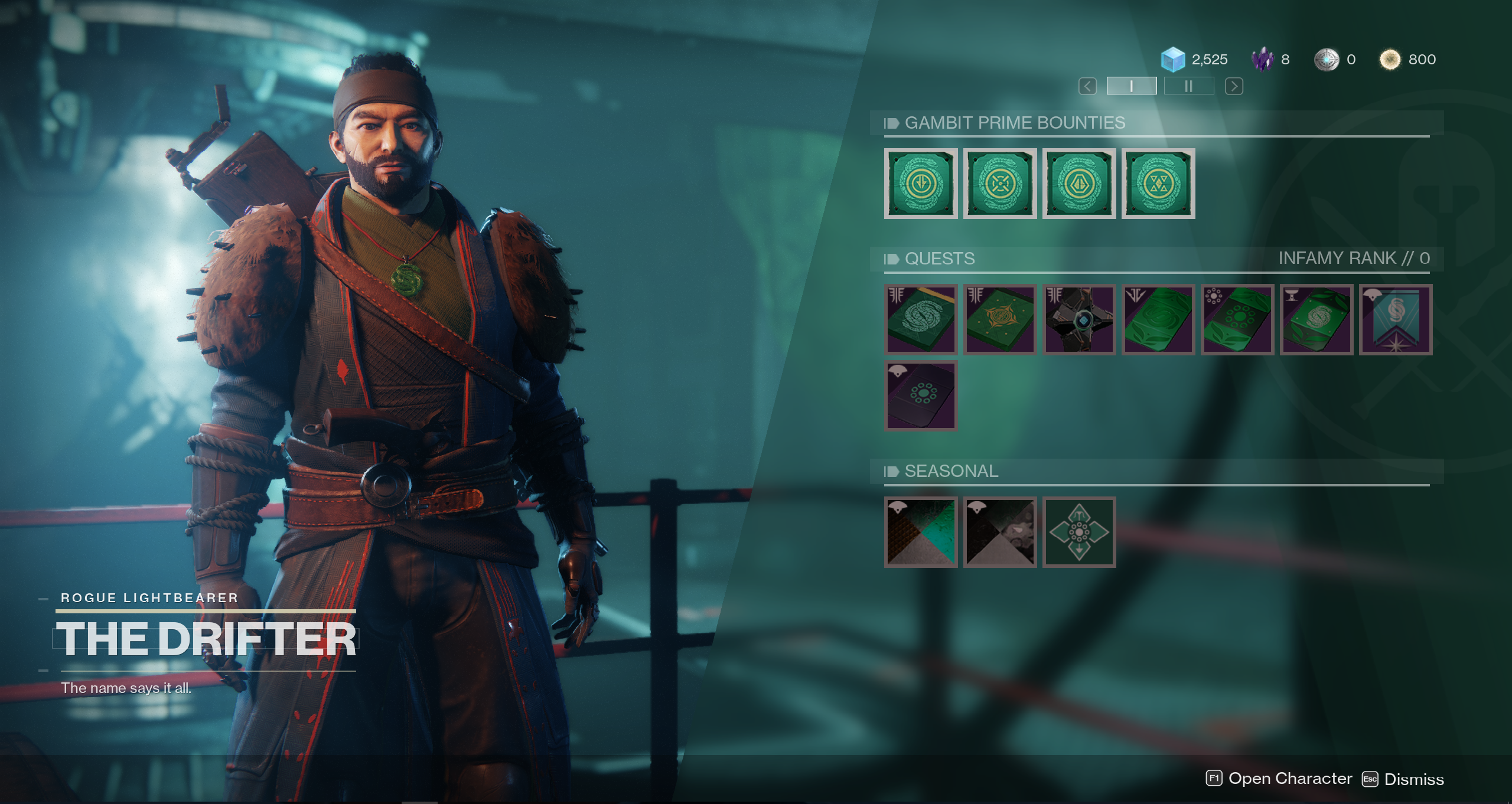 Listed below is Vital Information that players may need to know: