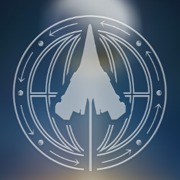 The clip is now live so listen to DeeJ for your selves say Xur is not random. At about 0:58 seconds off screen in chat I ask if what xur sells is random his response at 1:04 http://youtu.be/YLxHKQA-Eew I see people on reddit questioning what this clip is dated, while I am unsure of the exact date it was sometime in November. Also if you are questioning wether or not DeeJ is in fact the one speaking, look at the symbol next to his name. http://www.twitch.tv/bungie/b/583620820 (original video bungie deleted) @31:00 Since anytime I tell people what xur is selling is not random they don't believe me or ask me for source, I'm posting the proof. When they were doing the bungie bounty thing on twitch people were asking what xur was selling the next day to which I asked him if xur was RNG and he told me what he sells is all planned out. So for the person that called me out on my last post about this plz don't jump to conclusions and be an asshole when someone tries to clarify a false fact. Not everyone on here is a 12 year old making up facts as they go. Edit 1: Some people are wondering why the link is broken, first off I posted this well over a month ago, since then bungie for whatever reason took it off. Edit 2: I do have it recorded and I will be uploading shortly when I have a free moment at work. Edit 3: A new link is now live! Edit 4: I swear, some of you people are just plain dumb. "Oh, Deej responded and said himself that he was mistaken in the video. The game was just new and he was still learning everything." What other response were you expecting him to say? He was not going to deny the fact that it was his voice on the video saying "No, xur is not random!". He was on damage control, how are you so easily manipulated? Edit 5: Also, to the people claiming that I am making a big deal out of nothing, who gives a -blam!- if hes random or not. Let me state again, I do NOT give a shit if he is random or not. My thread was made in response to the trend going on around the time of the original post. Alot of people were arguing if xur was random or not. I simply had the facts, and made them available. Sit there and spew your toxic words all you want, "muted for stupidity", "this guys a moron".. etc..etc.
English
#Destiny
Comment Reply Start Topic
Report