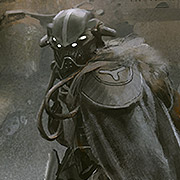 Can you guys fix the dropping fireteam members ASAP? My friend I want to play with is about to quit Destiny already, and we've only played a few days together...

The "check your nat type" and "port forward" advice is unhelpful and a little insulting to people who have tried that or know that's not where the problem lies. In my case, not only have I done it and it's completely "open/Type 1," (and port forwarding is a hassle when your router happens to gets reset and shouldn't be necessary just to make [i]your[/i] game run) but it's only related to being on someone's fireteam while you're on the same network. I have no problems playing with 2 systems on the same network with [i]any other game[/i]. I see a bunch of people reporting similar problems on this site with that particular problem not being addressed other than the nat/port forwarding advice when I look it up via Google, and a quick search didn't show anything on the feedback forum's main page. I'll keep bumping this so it's noticed. [b]This is the important part though;[/b] Like I said it only happens (in my experience at least) when you're in the same fireteam as someone on your network. Meaning you can both be playing Destiny through the same connection only not together, as soon as you link up together it starts dropping one or both players every few minutes. The problem lies somewhere in the fireteam/network setup.
English
#feedback #network #squad #house #booted #fireteam #dropping
Comment Reply Start Topic
Report