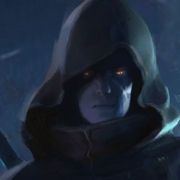 To stimulate the bungie economy, please reduce the bright dust cost of returning previous season ships, emotes, ghosts, sparrows, shaders, transmat , and ghost projections. It does not have to be drastic but any improvement on the prices that allows players to shop old season gear and get something from the new season would be much appreciated. Most players do not have unlimited stores of bright dust, and the players that do are capable of buying everything they want anyway regardless of the economy change. Consider this as a quality of life improvement for the general player base.
English
#destiny2 #FeedbackD2
Comment Reply Start Topic
Report