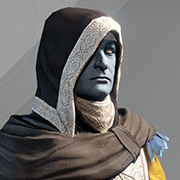 Hi! So this has been an issue for quite some time, i have a full set of artifice armor that i got in season of the Lost, a few seasons ago however, all pieces but one lost the ability to carry a 5th slot as they should. As its not consistent i doubt its intentional. I read around the time it started happening that it was a known issue, but as i still have gotten no resolve i wish to know if there's plans on fixing this issue, or if i just gotta get off my *** and get a new set?
English
#bug #destiny2 #Destiny2Gameplay #mods #artifice #artifact
Comment Reply Start Topic
Report