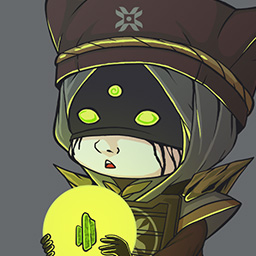 This will be a 1 of 3 parts of me brainstorming some potential ideas to buff the new 3.0 subclasses. While overall the light subclass reworks have been great, there are some "not so great" stuff that needs some tuning. I'll be staring with Warlocks since its my least used class [b]Dawnblade[/b] - Daybreak      - Now intrinsically scorches targets      - Kills restore a portion of super energy        (amount of super energy reduced in         pvp)      -While Daybreak is active, using phoenix dive cost super energy (but you can spam it, similar to how it was in the old Bottom tree node) -Phoenix Dive      -Reduced cooldown to be in line with       both hunter dodges and thruster -Touch of Flame      -Defeating scorched targets causes        them to ignite (these ignitions would be smaller and do less damage than a        regular ignition to balance it) -Icarus Dash      -Has 2nd dodge intrinsically      -Now while Heat rises is active, the first        dodge cures you (has an internal        cooldown) For Dawnblade, I was a good spot and people were overreacting to the changes, though it was a bit half baked on some parts, these changes should hopefully make it complete [b]Stormcaller[/b] -Stormtrance      -While amplified, increases the duration        of Stormtrance (similar to the old        Transcendence perk) -While Stormtrance is active, you can        activate Lightning surge (uses super        energy) -Chaos Reach      -Damage ramps up the longer the super        is active (it would be around a 25-30%        increase). Being amplified speeds up        the time it takes to get to full damage -Electrostatic Mind      -Being amplified increases the potency        of jolt (hits more targets and increased        damage, kind of like the old arc web perk) Stormcaller supers are the only thing holding it back, and hopefully these changes can make them great (i just want to chaos reach bosses to death) [b]Voidwalker[/b] Overall, this subclass is pretty much in a great spot, all it really needs is an exotic that boosts nova bomb damage And that's all I have for right now. Feel free so leave any suggestions down below. I just wanted to share some of my thoughts in here. Hunters and Titans are up next (apologies is the formatting is a bit weird, I'm on mobile)
English
#warlocks #destiny2 #FeedbackD2
Comment Reply Start Topic
Report