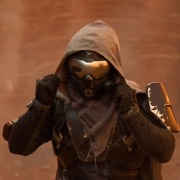 Can we update/rework the vendors of EDZ, Nessus, and Cosmodrome

Since the release of Witch Queen and the Vendor "Fynch", some Vendors have been left forgotten. When you rank up with Devirm Kay and Failsafe, the only thing you can use is the updated armor. Guns gained from the vendors are all sunset and year 1 guns. At the cosmodrome you can't even rank up there which makes that vendor a complete waste of time. Either update the vendors to make them relevant again, or remove the locations. I think majority of players don't want to remove anymore content so here is a solution. Just like the Throne world, all the vendors should have destination specific weapons to make going and farming the location special. For Example- Think if Shaw Haw Had a reputation system and the weapons he can give were from Pre-collapse to Dark age weapons like a Legendary Khvostov, Bygones, Etc and even allow them to be craftable. If you consider removing them, the game will lose almost half of the playable locations. There is so much they can be used for don't waste it Bungie.
English
#destiny2 #FeedbackD2
Comment Reply Start Topic
Report