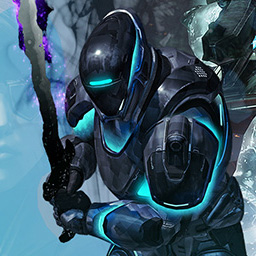 So far I think bungie has done a good job with trials this season. But it’s so hard trying to go flawless before the flawless pool kicks in. It’s almost as hard as before this season now. Could the flawless pool just start immediately? I know it would be harder to go flawless more than once a weekend then, but this would make most non insane players happy. More people would be happy than sad. Also people will have less time on Monday and Tuesday since they’re week days, so they usually can’t play as much, leaving them just Sunday after reset to go flawless. Can this be fixed? Or at least start the flawless pool on Saturday or half way between Saturday and Sunday reset so players can play in the morning on Sunday too. Or they could make trials last the entire week, but have the flawless pool start Friday. This would give players much more time to play trials and would be nice. At this point the only thing I’m really playing until the anniversary event is trials and iron banner. I’m just playing gambit for the seasonal challenge too. If they made trials last the whole week, pvp players could do a lot more before the weekend. Then the 1000 timed flawless players can play during the week before the pool starts, and the flawless pool will start on Friday, giving more time. I think this would be better
English
#destiny2 #FeedbackD2
Comment Reply Start Topic
Report