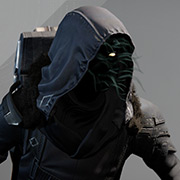 No don’t change anything

(I list 5 ideas below intro) For quite some time now, stasis has become widely used, especially in crucible. The addition of stasis was an amazing idea and I think it has brought many new strategies to the game. As most of you are probably aware, however, stasis feels completely overpowered in crucible. I have a few ideas that I will share that I feel may help to calm peoples hatred toward the new supers, as well as incentivize the use of other supers in crucible (I’ve played countless crucible matches with everyone running stasis). One of the major issues with stasis is that the abilities prevent you from having a fighting chance. With every other super and ability, there is a chance of escape or surviving. Becoming frozen makes it nearly impossible to survive. Here are a list of changes that I think would really help to fix crucible. Some of these changes can also just only be applied to crucible (stasis feels pretty good in PVE right now). 1: warlock melee ability should have long range again and deal a bit of damage/disorient the player, but apply slow stacks instead of freezing. There have been numerous times where I have seen a warlock use their stasis melee to instantly win any fight, even against multiple players at a time. This change allows players to recover and attempt to fight back. 2: coldsnap grenades should apply slowed stacks (over about 1-2 seconds) before freezing. While the player will still be frozen, it allows players to have about a second of chance before becoming frozen. 3: silence and squall’s AOE should not kill. The initial attack is fine how it is to pretty much ensure at least one kill like any other super. The AOE effect travels through walls, tracks people, and give the players it touches no chance of escape. If the AOE is changed to slow players and leave them at low health, there is still an opportunity to survive. This change makes it so hunters don’t just toss a super that does their bidding as they go off and take out other players. They will have to interact with the super in order to get the kills from it. 4: the warlock stasis super (forgot the name) could be changed in the following way to also allow the defending player a fighting chance but improve the super, seeing at it has already taken a couple of hits since release. Instead of a slow moving ranged ball for the light attack that instantly freezes upon impact, warlocks could fire a stasis beam similar to chaos reach that applies freeze stacks before freezing the player. The AOE heavy attack’s slam radius should also be reduced significantly. This change grants extra survivability for both parties in a number of ways. 5: all stasis freeze times should be consistent/the same (unsure about coldsnap grenades though). A freeze time between 2-3 seconds in any situation is likely desired. I hope you all enjoyed my post and thank you for taking the time to read and interact with it. Vote if you think these changes should be implemented and comment your thoughts below (I have ideas for balancing non-stasis supers as well if anyone would like to hear them).
English
#destiny2 #FeedbackD2 #Balancing #STASIS
Comment Reply Start Topic
Report