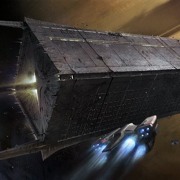 We are only getting 1 totally brand new strike We are getting 0 new crucible maps We are getting 0 new gambit maps I’m not trying to shit on Beyond Light. The story, enemies, exotics, supers, and locations look amazing. Tbh I’m super excited for the no time to explain rework. But it’s kinda hard when the 3 core modes get next to nothing.
English
#destiny2 #FeedbackD2
Comment Reply Start Topic
Report