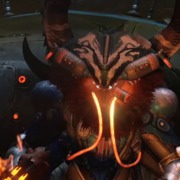 Trials should have Freelance mode

It annoying to find players don't care about KD for Trials and there be Freelance mode you can all single players matchmaking.
English
#destiny2
Comment Reply Start Topic
Report