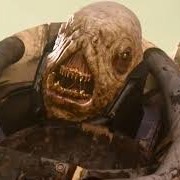 You're telling us that, not only is armor being sunsetted (Why? That just defeats the purpose of investing mats to masterwork it and get the best stat rolls becuase its going to become useless in a short time) You are nerfing reload perks (Why? Becuase you want us to care about pulse monitor? Becuase you want hip fire to be the go to perk on weapons that dont rely on hip fire like scouts?) But you are also sunsetting our weapons and then you give us this fancy list of weapons that are gonna be the only viable ones in this new power crap... sorry power cap system of yours. WE ALREADY HAVE THESE WEPAONS!!!? Why are you making us go grind them again!? Why can't you make all-new weapons? Like why give us Uriels Gift AGAIN for the third time instead of a totally new omolon weapon? At least change the weapon model for the sake of all guns condemned. We are getting the same recycled guns to grind again. If you are sunsetting our shite at least put the effort to replace it with NEW stuff not crap we already have. Toil and trouble... CAN'T the vanguard get a new shotgun? Nope gotta recycle toil and trouble again becuase Bungie logic. Fine fine, some of these guns are community favorites and people would love to see them still be relevant. But hey Bungie you can give these guns a new look, look at Fatebringer, turned into Imago Loop. Essentially the same gun but with a different design which gave them both a different identity. Why not do that here? You could easily make the Omolon scout resemble Hung Jury. And NO! I'm not talking about your damn ornaments for eververse. Speaking of eververse, ornaments sold there are for weapons you are sunsetting, so we basically wasted our money there. Marvelous, thanks for the rip off. You could make those ornaments universal, BUT YOU WONT! You won't make them universal becuase if you can't even redesing some of these returning weapons, making the ornaments universal is not something that even remotely crossed your mind becuase making content is hard and you are proven to be lazy as heck time and time again. AHHHHH BUT WHEN THE WALLET IS UNDER FIRE!!! Hoooohoho you pull miracles out of your asses there. When the Lincolns and benjamisn bleed you rush in to save the day huh? But when it benefits the community and its something WE ACTUALLY ENJOY you deploy the fun police to shut it down. What a damn shame, this game had potential but you just crushed it out. And to think it has been YOUR doing all along and not Activision's. And fvck Activision, but Bungie you are actually more disgusting and disgraceful compared to them. Go ahead and blame it on Covid becuase I'm soooo convinced that a virus is to blame for your laziness and mediocrity. If in the studio making content is hard, working from home... I don't even want to imagine. I'm pretty sure some floaty microscopic blobs felt threatened by some reload perk nerfs.
English
#destiny2 #FeedbackD2
Comment Reply Start Topic
Report