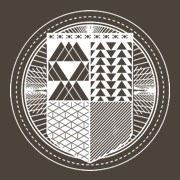 which do players prefer?

Destiny is not the game it used to be 5 years ago. The things about Destiny, is that is was a game based around RNG loot drops from doing missions completing bounties. WE want the grind back in the game. I understand that the game is catered around more casual players however, what about the players who wish to grind the game and get hours out of it. I miss turning in bounties to Banshee at the tower in hope that an exotic bounty would appear. If you didn't get the weapon you wished for, the grind would continue the following day and you would again hope for an exotic bounty drop. The grind for the THORN was a gaming experience i will never forget and love. The prison of elders was an insane part of the game were immense teamwork was required and if completed would give you some amazing loot at the end to either beef your weapons arsenal or a piece of armour which you could then put towards levelling up your light level (rank). Even the ranking system (light levels) back then kept the players playing and made us all thirsty for that precious loot just to reach the max level. The Trials Of Osiris was also a PvP game mode which was not for the fainthearted. Every weekend guardians would gear up throughout the week for this no BS PvP event. the exclusive rewards achieved by playing specific parts of the game was also a driver to what made us look forward to these events. The Vex Mythoclast was an exclusive weapon which was specific to the Vault of Glass raid which made players like myself look forward to playing the level. I would love for Destiny & Bungie to go back to their roots and bring back some of the old element from Destiny 1. I think it is possible to satisfy all players, the hardcore players and casual players by making different parts of the game for different players to choose how they want to play. Feel free to comment and disucss this post! If you made it his far and you too miss the old Destiny days, share your thoughts with us all!
English
#Destiny
Comment Reply Start Topic
Report