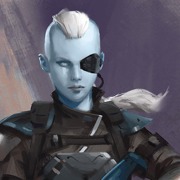 Every Friday from May 2015 to August 2017, I remember speeding to Twitch during lunch at school to watch KingGothalion and RealKraftyy fly into the trials map together, having absolutely no clue what it might be. Upon seeing the map name fade in as they flew into battle, I remember devising the best strategies every week for achieving the oh so elusive flawless card that I couldn't wait to share with my teammates once I got home from school. Part of the weekly allure and majesty that made Trials of Osiris in Destiny 1 so amazing was the total mystery surrounding all aspects of the mode. You had no idea what teams you would face, what gear you would earn, and most importantly, where your battles would take place. What you did know was there were unique pieces of gear for every armor slot and [u][i][b]EVERY WEAPON TYPE[/b][/i][/u] for you to claim. Additionally, if your team was able to win 7-9 times in a row without once losing, you were promised an [i][u]adept weapon[/u][/i], not found in ANY OTHER activity in the game that was uniquely yours as its looks and specifications set it aside from its standard version and denoted you as an accomplished player. I completely understand trying to innovate and improve what we already had in D1, but at a certain point, D1 trials was beloved to the point where it arguably kept the player base alive single-handedly during the content drought seasons. Bungie had to have known that straying too far from what made D1 trials as incredibly successful as it was, would mean disaster. The only thing that putting gear and maps on rotation does is effectively shorten the life of the game mode. Once everyone has everything and has played on every map, there's no point of returning to trials if you're not doing carries. I know it's probably too late for a complete return to form in terms of the rewards system, so I'm not going to clutter this post with my suggestions for that, as we already know that they're working on it and changes are on the way. However [b][i]We MUST be just as vocal about map rotation as we have been about everything else that's been keeping Trials of Osiris from the game mode it was meant to be[/i][/b]. Having maps be on a set rotation WILL kill the playlist as the weekly mystery is stripped away and after 6 weeks, there is no hype left. Please upvote this post so we can let Bungie know how close they are to making Trials great again!
English
#PvP #destiny2 #maps #Crucible #trialsofosiris #FeedbackD2
Comment Reply Start Topic
Report