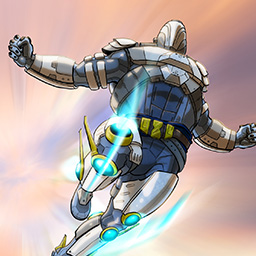 Bungie, could you show your titans some love?

I could count the good exotics on one hand. The last exotic we got, the chest, is just USELESS. Compared to the exotics the other characters got. Also, could we get a mobility exotic? You already gave warlocks OUR twilight garrison. Which I understand it serves their new subclass well. But hunters got dodge. And an exotic that doubles that dodge. Warlocks can blink in one subclass and dodge in another. But what about the titan? I have been a titan main since D1. And i endured the horrible phase in D2. I get our purpose has been shifted from being high damage dealing character to an ad control character. But still. Could you please show us some love? Because it really feels like we’re being punished for being op in D1 lol. Oh. And while at it, can u bring the duplicates back? I can’t stand the other characters. I find them quite boring. Back in D1. I literally had 9 titans. 3 active titans over 3 accounts. I had a titan army! So could you Kindly allow People to duplicate the characters they love? I understand why you changed that. People level up too damn fast. But in my case..... I. Just. LOVE. Titans. Thank you for this awesome experience. Regardless.
English
#Titan #destiny2 #Destiny2Gameplay #twilight #Titans #garrison
Comment Reply Start Topic
Report