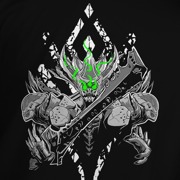 How in hell is heavy ammo spawning in the first 30 seconds of a round in Survival a good thing? This is what an average round goes like: Spawn run straight to where heavy spawns and control it, take heavy and punish the other team. Seriously? Yes I understand "It speeds up the rounds so they don't last forever" but 30 seconds is way too early. Heavy should be a last resort to keep the games flowing, perhaps in the last 30 seconds or something. Countless times I've had dumb teammates who don't fight for heavy and end up losing a round due to 1 person on the enemy team constantly picking up heavy and "outgunning" everyone. 30 seconds is way too early to spawn when the round has just started and most lives are up instead of a finisher to the round. TLDR - Heavy spawns way too early and should be adjusted to spawn at the end of the round to end dead locks
English
#PvP #destiny2 #heavy #Survival #Destiny2Gameplay
Comment Reply Start Topic
Report