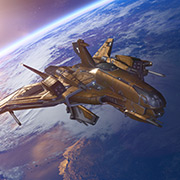 When you spend a little extra time leveling up and getting raid ready, just to hop on lfg less than a week after the raid has released and see that most people are already demanding a raid emblem before joining their fireteam. You'd think that all of the children who was doing this back in 2014 would have grown up by now. Smh
English
#Raid #destiny2 #SMH #Shadowkeep #GardenOfSalvation
Comment Reply Start Topic
Report