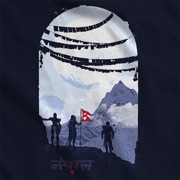 Corsair Down Still not dropping, Still no Truth

This makes me upset, I haven't seen a single post (at least publicly) about Bungie fixing this error, and I am a player who likes to believe I can play one character and have fun doing that. I shouldn't HAVE to switch to another character in hopes the bounty drops for them it's been about a week in a half now since the quest dropped and I can't even be bothered to do the nightfall part until I get the subjectively easier bounty out of the way. [u]IF IT WILL EVER DROP THAT IS[/u] I have been killing scorn on and off non-stop going thru lost sectors repeatedly, running scorn related public events, killing every scorn I see, nothing. how was I supposed to know a certain bounty would bug the bounty from dropping entirely. all I am saying is me and others shouldn't be punished and shouldn't exploit the game to fix it. please fix soon.
English
#Help #gameplay #Not #down #corsair #dropping
Comment Reply Start Topic
Report