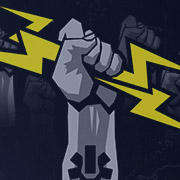 When we first enter the Black Armoury and meet Ada she tells us that this place is not meant for Guardians. Now hold on just a damn second, if the Black Armoury is not meant to be visited by guardians, then why the frick is it located in the -blam!-ing tower, literally the place where guardians gather. Secondly, how the -blam!- does a golden age armory exist in the -blam!-ing tower, and we guardians, you know, the ones who own the the tower, not know about this? Like it's literally located a 2 min walk away from the Vanguard Commanders.... How the hell does Spider know about this place in the tower and we don't? How?......
English
#destiny2
Comment Reply Start Topic
Report