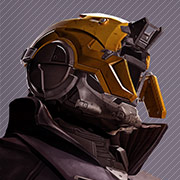 Even after all this time, whenever I think about the campaign's final fight, it STILL bothers me. You're led into the fight with ominous dialogue suggesting that Uldren is being manipulated by an ahamkara (the voice said "o brother mine," when the lore established "o ___ mine" as the way ahamkara talk). Anyone familiar with the lore should have been very excited for a momentous reveal of an ahamkara, but instead, we got a big ol gross Taken servitor (and yes, it's just a Taken servitor, the text during the Blind Well T4 Taken boss fight confirmed it, it's not a "chimera" as some people were saying). It's not narratively satisfying, it just muddied the water in a way that confused instead of revealed. There's no connection between ahamkara and servitors that makes this choice make sense for a big important story moment that follows the ahamkara foreshadowing. It wasn't until reading some lore and then seeing the raid over a week later did the foreshadowing have a payoff, but by then, the narrative momentum was pretty much dead for me. [b]There were many ways to make the reveal that the game finally has ahamkara without us actually killing Riven:[/b] 1) we could have fought Riven and have her retreat before we can kill her. 2) We could have fought a shade of Riven (like Oryx's shades). 2) We could have fought some baby ahamkara that hatch from Taken ahamkara eggs that are sent through the portal; the Dreaming City are filled with these eggs. Issues of fertilization could be explained through parthanogenesis or Taken magic (like how Taken wizards make endless thrall babies out of Darkness instead of normal reproduction).
English
#feedback #Story #riven #ahamkara
Comment Reply Start Topic
Report