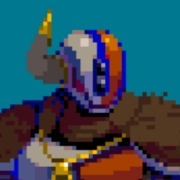 Here's my take on the current weapon system and what to do with it.

Firstly: I do not expect many people to read this. Longer posts seem to drive users away rather than pull them in. But maybe one of the ninjas/mods/community managers sees this and passes it on to the live team. Right now you have Scout Rifles, Pulse Rifles, Auto Rifles, SMGs, Hand Cannons and Sidearms that go into the [b]kinetic slot[/b] as well as the [b]energy weapon[/b] slot. Right now in the [b]power weapon slot[/b] you have Swords, Rocket Launchers, Shotguns, Snipers, Grenade Launchers, Linear Fusion rifles. Exclusively in that slot. My solution would be: The simplest idea is the best - Just make Shotguns, Snipers and Grenade Launchers that go into the energy weapon slot while keeping power slot Shotguns, Snipers and Grenade Launchers. This would make the energy slot an [b]overlap slot[/b]. Creating opportunities for unique setups. You could have double primaries if you wanted to, but also double specials if you wanted to. Or even primary, special and heavy if you so chose. Just like D1. In case you are worried: "[i]The difference between kinetic and energy weapons is that energy weapons are kinetic weapons but with an element. What would the difference be between an energy and a power shotgun?[/i]" Again, the simplest solution would be the best: Power weapons would be just plain much stronger and have access to perks that are unavailabe to energy weapons. Energy snipers and energy shotguns could come back at the strength we're used to. Just as powerful as they were in D1. But a power weapon shotgun or a power weapon sniper would be devastatingly more powerful. And on top of that power slot exclusive perks. As an example: Imagine Bungie does this and now we have energy snipers and energy shotguns as well. Remember shot package? Remember final round body shot snipers? Yeah those two perks come back at full power. But only on power shotguns and power snipers. I think, again, this is the simplest solution and a hybrid of what we have now and what D1 has. It combines the strengths of both without the weaknesses of either and would allow those super powerful perk combinations, which were match-tilting but highly sought after, to come back in a justified manner.
English
#feedback #Weapons
Comment Reply Start Topic
Report