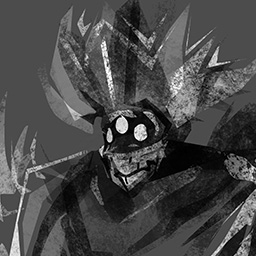 Nothing can defeat Dogpound from TMNT

Proof? Okay. In the episode [i]Mousers Attack![/i], Dogpound threatens to kill Baxter Stockman. As Baxter Stockman is a black guy and clearly only white cops are able to kill black guys, Dogpound must be stronger than a white cop since Dogpound doesn't have a gun. This means he's bulletproof! Need more proof? The God Emperor of Mankind is a man. Dogpound is also a man, but crossed with a dog. So that means he's like the God Emperor + a dog, which means he's even stronger than the God Emperor! Ah, you need more evidence? Well then. Darth Sidious claimed he has unlimited power, and since we should take everything a character says at face value, he does! But Sidious is an old man, and Dogpound is much younger. So clearly, Dogpound had beyond infinite power! Even more proof? What are you, an atheist arguing with a theist? Fine. Look at Saitama. He can destroy anything in one punch. Look at those muscles! But then look at Dogpound's muscles. He's got like, 90 more muscles than Saitama, so Dogpound must be able to destroy anything in only half a punch! And for the frosting on the cake, here's the next thing. The Man in the Yellow Hat is probably the most ballin' motherfuсker in da house. He wears yellow clothes and he's a white guy. But wait, Dogpound is white [i]and[/i] yellow, and since he is yellow instead of just wearing yellow, he's more powerful than the Man in the Yellow Hat.
English
#Offtopic #ridiculous #torsoiscome #shitpostparty2k16 #nobodycaresm8
Comment Reply Start Topic
Report