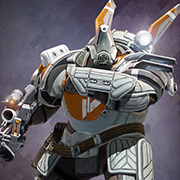 Before I post this, I love Destiny, I just find some of these PVE glitches funny and worth mentioning. What glitches have all of you encountered? - Phalanx shield glitch, where a phalanx goes to charge you with a shield, then physics goes upside down and you get thrown across the map. (With the introduction of the taken king and taken phalanx sometime doing the same thing, this could be intentional?) - Enemy AI targeting players while invisible. (Mainly a problem for hunters.) - Scavenger fangs appearing on the moon after the house of wolves events have been and gone. - Majors regenerating health when near death. (Excluding pre - cursors and major Knights). - Hunter capes and titan marks are not sticking to place holders when sitting down. - Game de - spawns hunters tether entirely when tethering an enemy. - Enemy abilities still tracking hunters even after shadestepping. (The whole idea of shadestep on PVE is for that not to happen). - Lack of primary ammo spawning in strikes and the prison of elders after the April update, particularly a problem for auto rifles and hand cannons. (I believe bungie is actually aware of this one and are working on a fix, correct me if I'm wrong?) None of these glitches are game breaking at all, just amusing, or irritating, depending on your perception. Enjoy!
English
#Destiny #Hilarious #glitches
Comment Reply Start Topic
Report