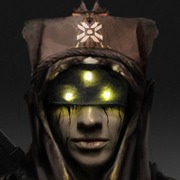 what about upgradeable upgrades?

Poor old equipment, whether Raid, Strike, Crucible or just random drop. Legendarys, many are flooded with 'em because they keep them, perhaps because of style, their perks or they are still getting used. what i mean, since tdb (the dark below) is close to all the old equipment useless except for crucible, because there the level doesnt care, just look for the good perks... Why aren't you giving us a possibility to upgrade a Vision of Confluence over 300? or getting it with more than 300 attack after doing the hardmode raid? (just not as much as the new ones, but like 315 with an additional upgradeperk in the Upgrademenu of the weapon, not going from 0 to max again, eating ressources like hell) Or the Raid armor? close to totally useless after DLC, because level 31 is "easy" reached by enough farming of marks from strikes or events. I'm right now freightened of the HoW (House of Wolfes) DLC because how will bungie get the easiest way for you to stick to the game? increasing the levelcap... so all the old equipment will be useless. and if the damage is getting increased again, the grandfather old 300 attack weapons will be totally useless. Exotics will be luckily upgradeable at Xûr and new equipment found at the vendors. a further question with hopefully an answer from Bungie: Why isn't it possible to reach level 32 only with PvP? Perhaps you should copy some more RPG elements from the one and only, still living and growing, RPG master of the new age: World of Warcraft... played it a long time... fascinating and shitty at the same time... nevermind. Back 2 topic: Rated Battlegrounds? find a group of X players to engage another Group of X players, to fight for TRUE honor and big achievements... just a mode where you have yourself a group of X players, like the raid, and give your best to earn some high prices... because a shooter have to be a competition against other players, thats why Battlefield or CoD are that loved from day 1 and still successfull, because nothing big has changed. Destiny has the potential. and sorry, but this has to be said as oldschool RPG-player... to call destiny a mix of RPG and shooter is just like calling Super Mario from Nintendo 64 a horror game... Where are the RPG elements? just leveling your char and weapons...WOW. how about somehting like tailoring or blacksmithing or Plasmacutting and so on, or things like levelable spaceships for free roaming around universe, or sparrow races with upgradeable and customizing sparrows, for e.g. someone has a bit faster acceleration but someone else has a higher handling. or even without races, just customizeable. just an opinion for more RPG elements in a great shooter, good base but some heavy lack of finishings.
English
#feedback #armor #SPACESHIPS #upgrade #rpg #sparrow #elements
Comment Reply Start Topic
Report