Dec 10, 2020 - Cozmo_BNG
This week at Bungie, Hawkmoon, next-gen, and the Dawning, oh my!
OK, so it’s been another action-packed week with updates to the game and news about the future, so let’s just get into it. We started off on Tuesday with an early morning dev update on the state of rewards in the game. We wanted to share some of the plans to improve rewards as well as a few other exciting things coming up. The whole update is definitely worth a read, but I stole some bullets:
That very same day, Update 3.0.1 went live with several important fixes as well as next-gen enhancements for consoles so you can experience the beauty of Destiny 2 with moar frames and moar FOV! We wrote up an article that covers these new enhancements in detail as well as the new ability to pick up bounties from the Companion App and the return of the Prophecy dungeon.
This week also saw the return of Hawkmoon. The highly sought-after Exotic Hand Cannon makes its debut into Destiny 2 with a reworked perk that no longer relies on RNG but still packs a punch. Season Pass owners can now visit Spider to set off on the quest to claim their Hawkmoon.

This very merry morning we shared a peek at this year’s Dawning event that kicks off next week!

Eva Levante is coming to town! She has new cookie recipes and new gifts for all the good Guardians... even if they did adopt Darkness powers.
But I digress. Check out our Dawning page for a quick look at what the event has to offer this year. The Tower is going to be all dressed up again, and we’re putting the Griswold touch on the decorations.

Everyone knows the best gifts vaporize your enemies. Glacioclasm is a new Legendary Fusion Rifle being introduced during this event with random rolls available so each one you open is special. Plus - Glacioclasm is just fun to say. Try saying it without smiling, I dare you! I double-dog dare you. Anyway, here is a preview of the weapon. 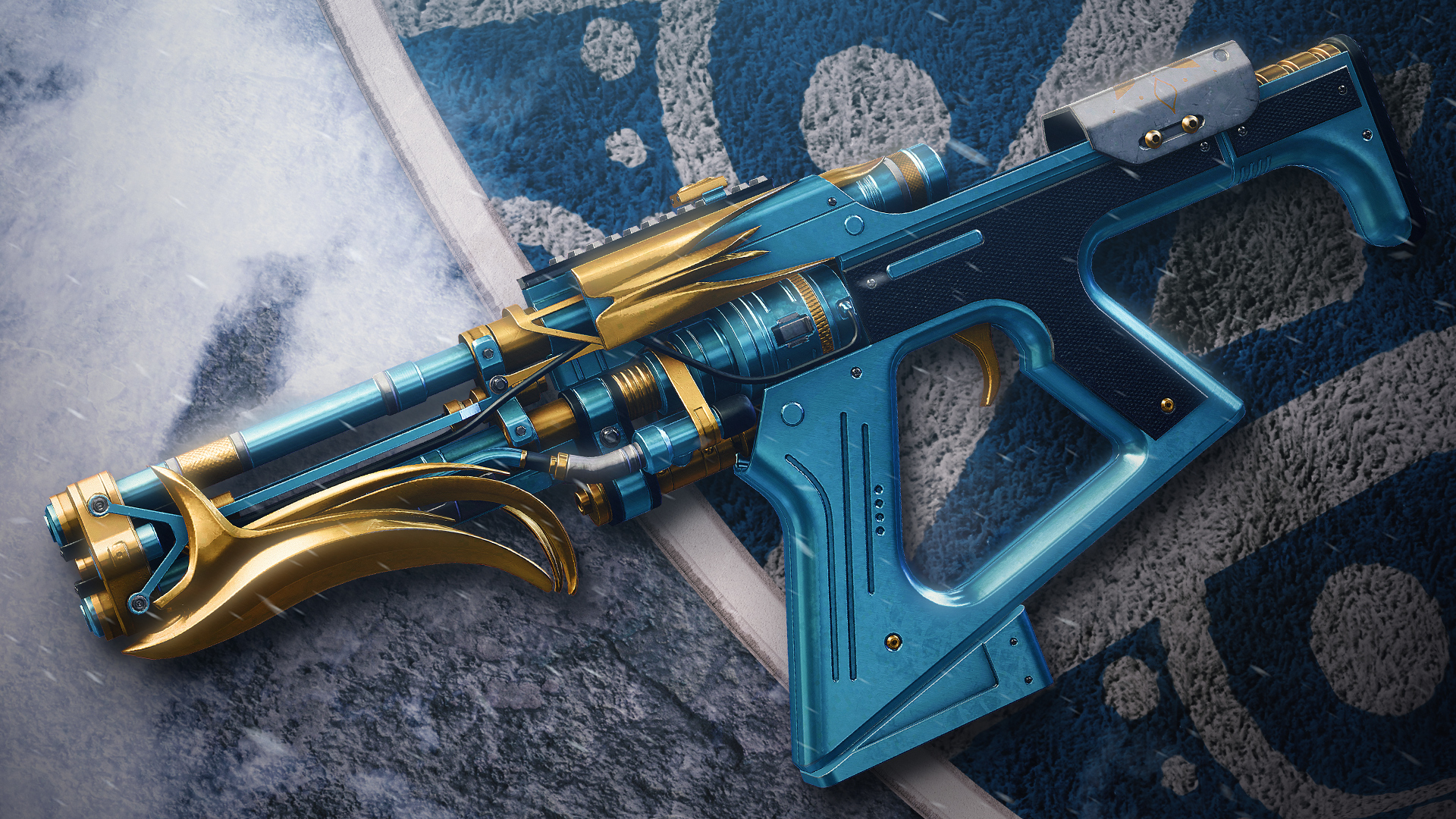 As you are flying around delivering baked goods you will need a new ship to spread cheer in style. Eva has a new Exotic ship that you will be able to upgrade throughout the event to change its look. You will be able to customize the engine streams, different spawn effects, and unlock a new animated shader unique to the ship! 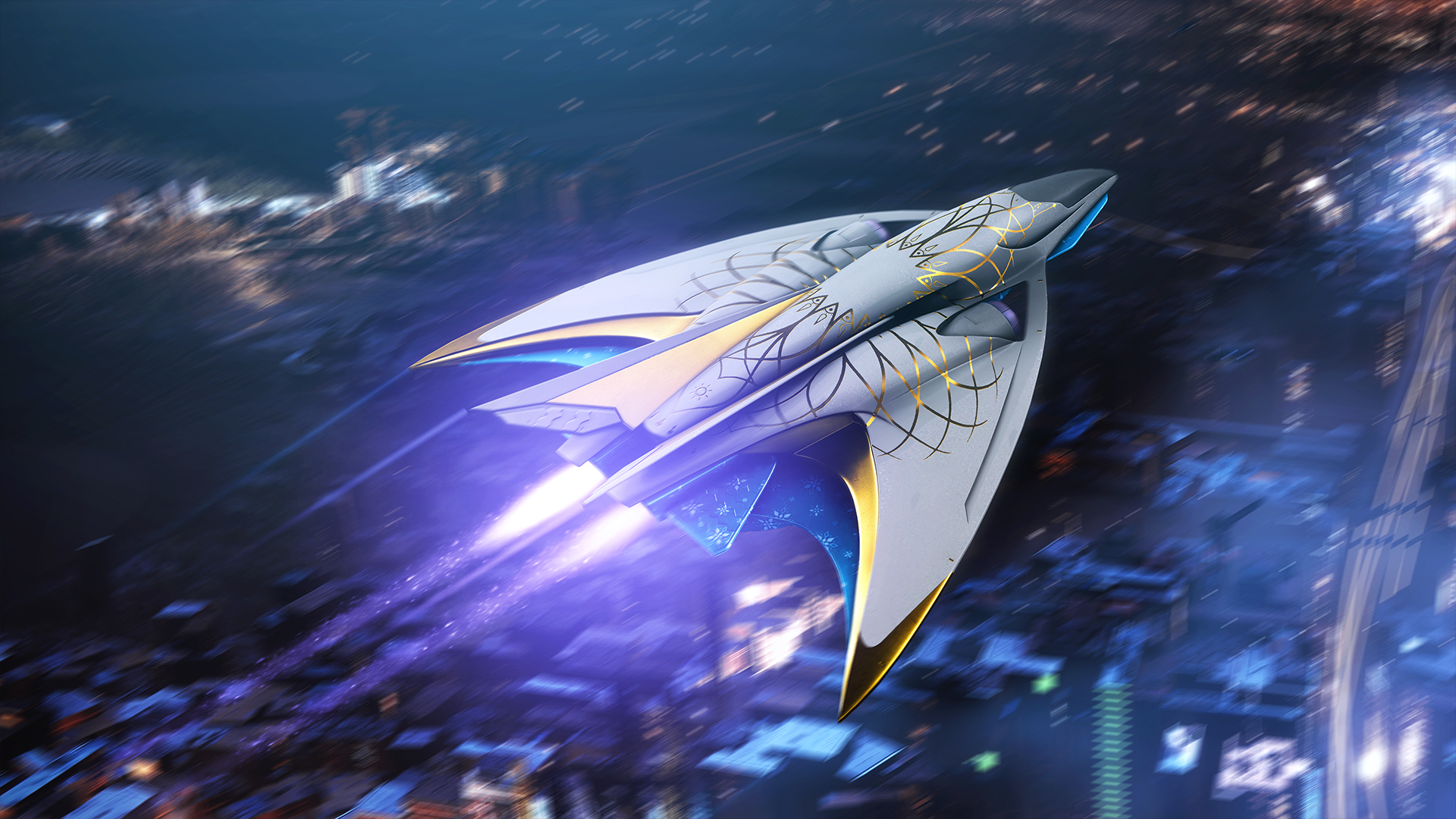 Eva has also set up a fun new celebration for this year's Dawning that involves even more gifts... for you! As the community generates Dawning Spirit by completing activities you will be able to progress a special community pursuit with your cookie skills and then find new gifts waiting for you under the tree. The big glowy one, you can’t miss it. We don’t want to spoil all the surprises but you may find some upgrade materials in these gifts.
There will also be some fun stuff at the Eververse store as well. All of the new items added to the store will be available at some point for Bright Dust with the exception of the Glee Barrage and Merry Maker weapon ornaments and Happy Trails finisher which will be available for Silver. Here is a preview of a few of the Sparrows, Ghost Shells, and a ship that are sure to get you in the spirit. 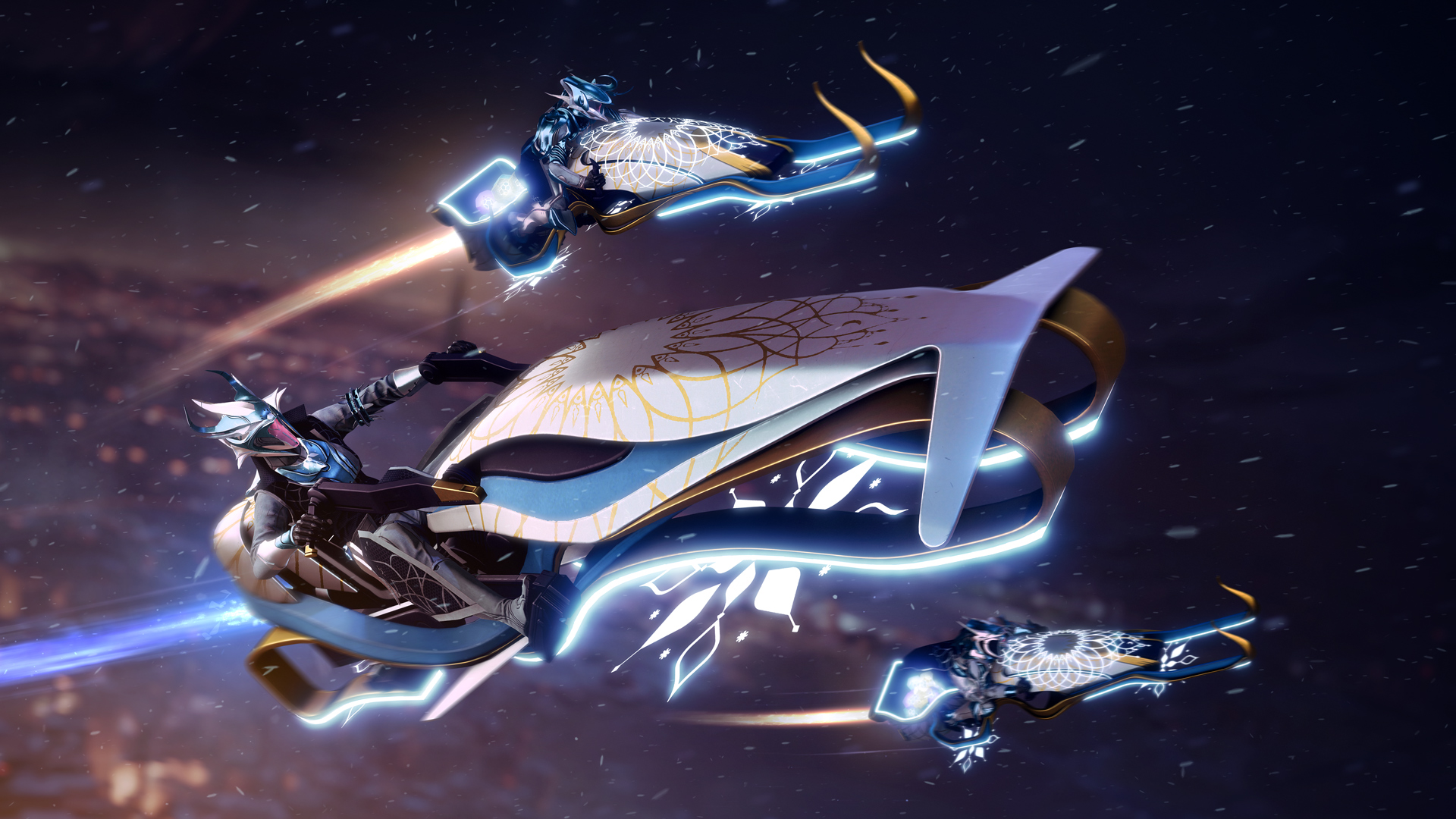 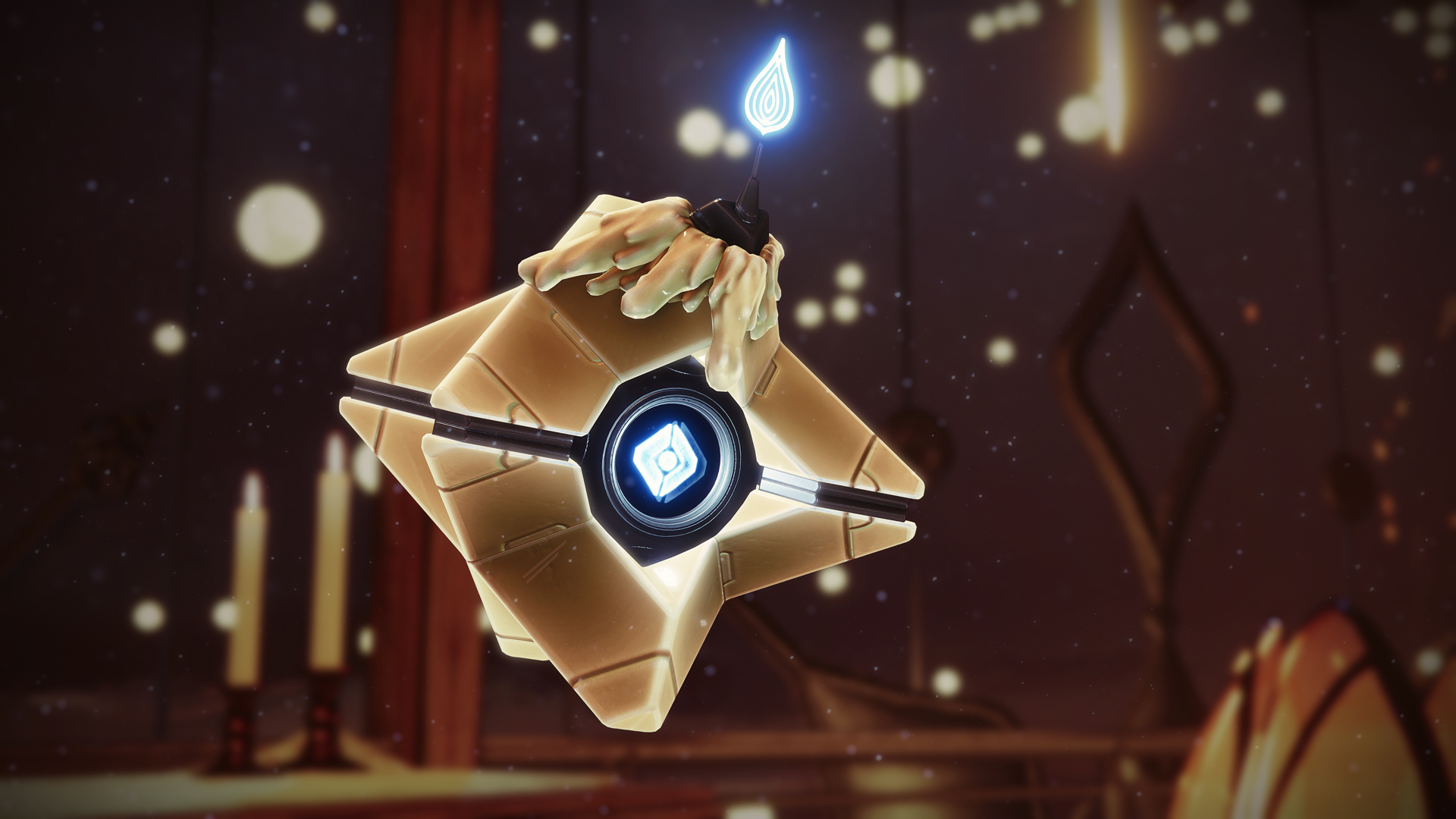 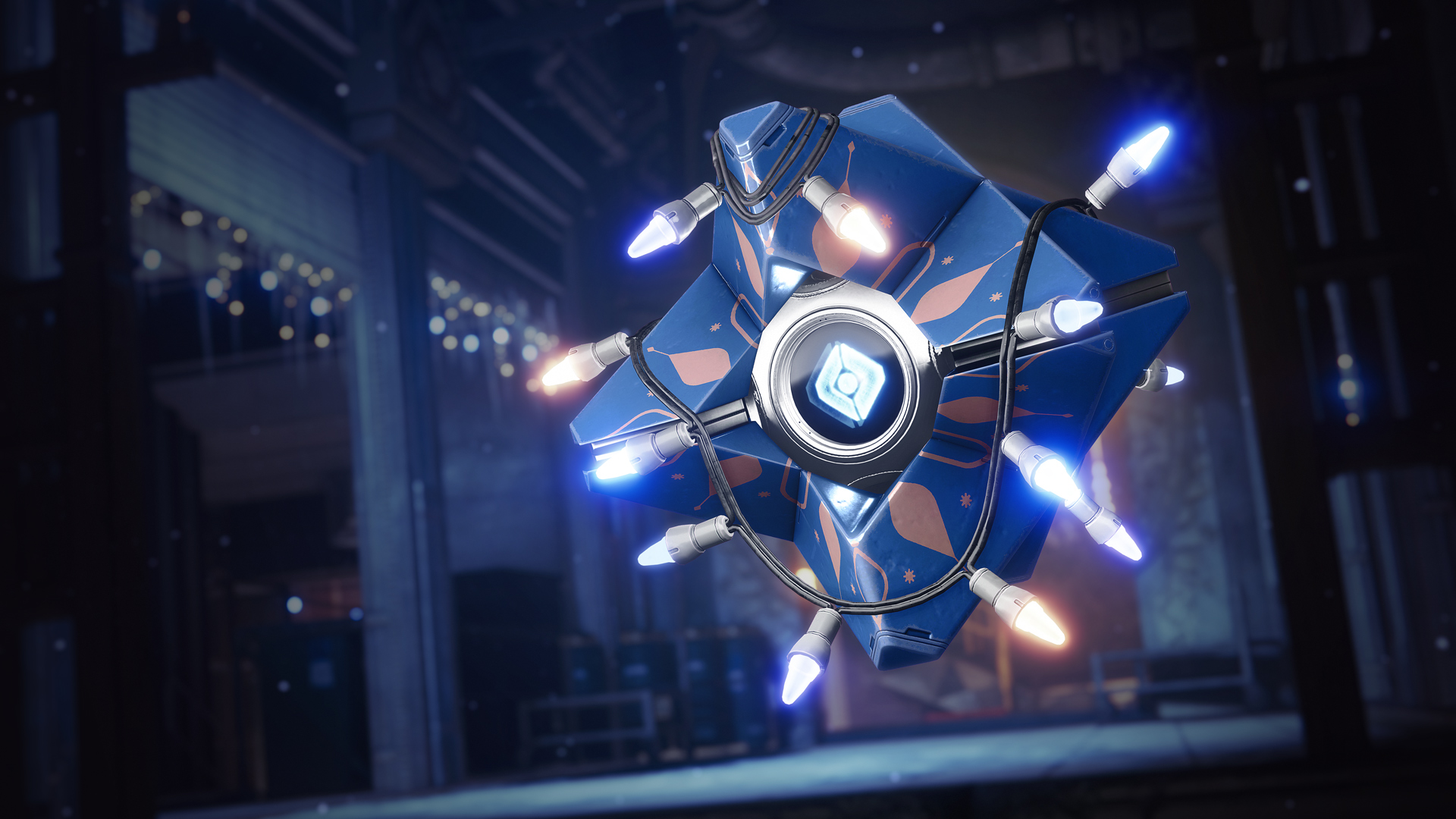 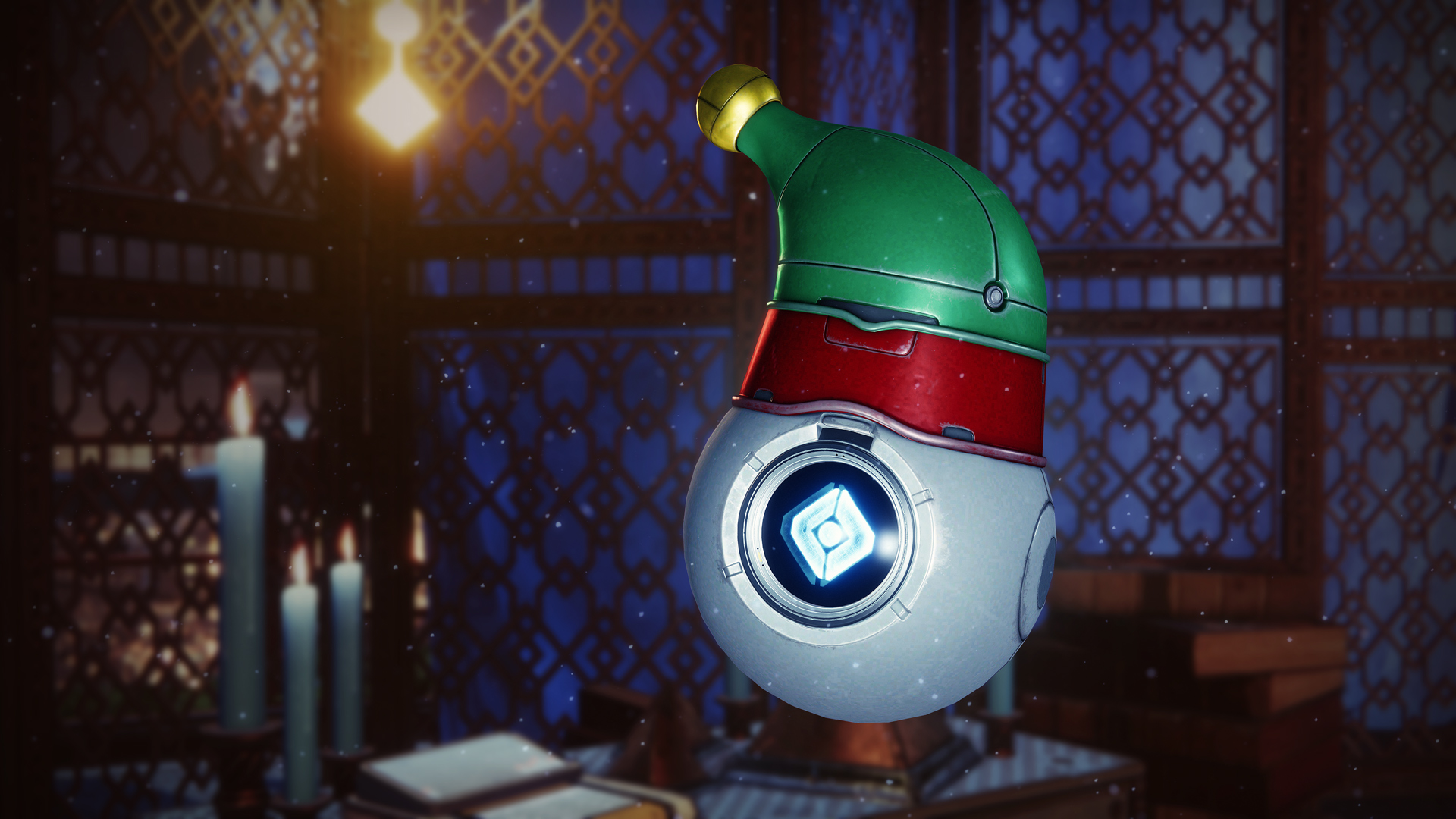 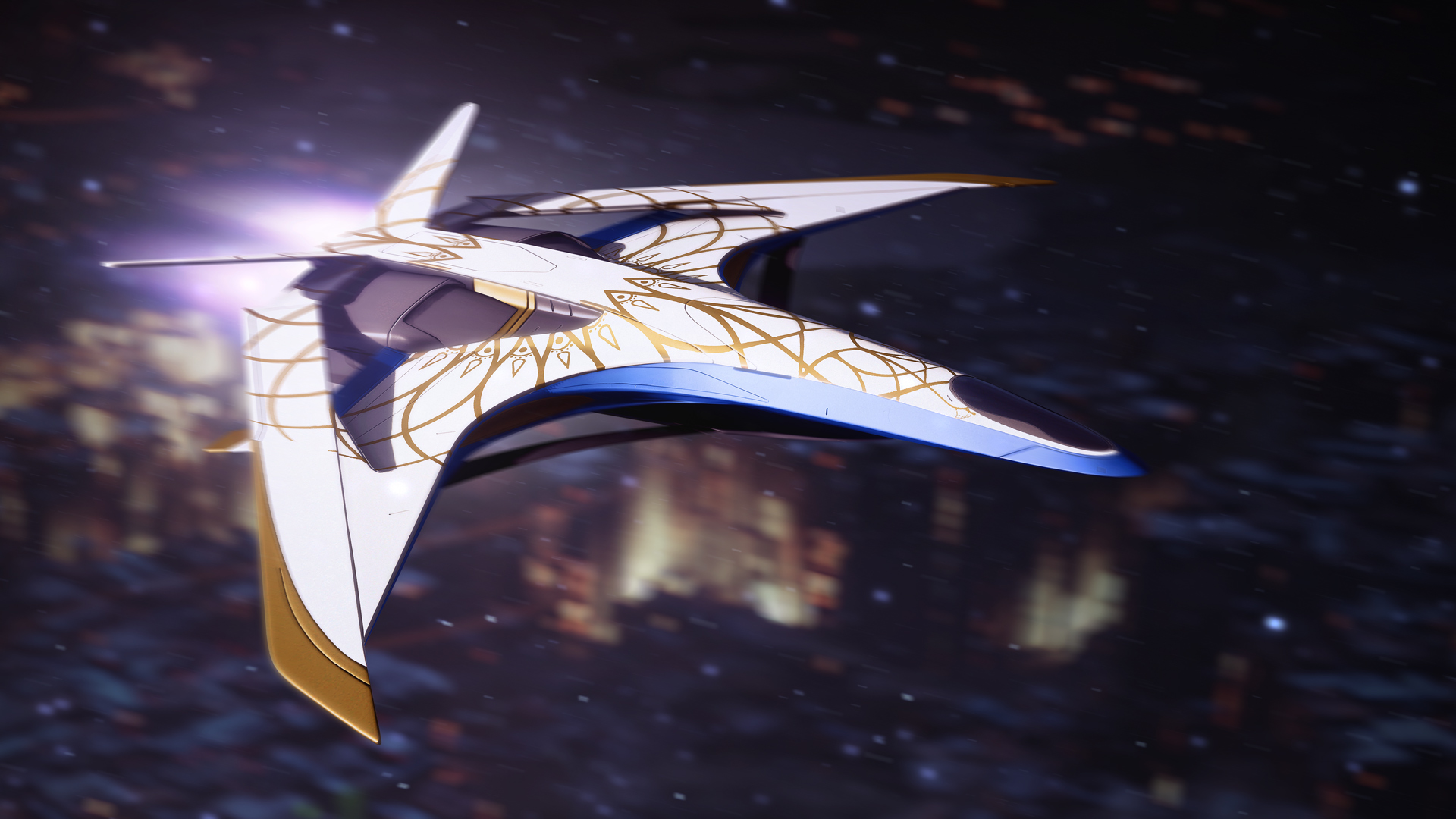 Shortly after launch, we put out a hotfix to reel in Stasis a bit. When we made these changes we wanted them to have as much efficacy as possible and that meant using broad strokes to cover a lot of ground. This led to us hitting Penumbral Blast's range harder than many players felt was necessary. Upon review and hearing the feedback we felt that while Penumbral Blast's range needed to come in - there is room to push it back out and have it feel more consistent when hitting targets at range. Here is a preview of patch notes coming in a hotfix next week.
Penumbral Blast:

You have been absolutely crushing it raising money to support the Bungie Foundation and Children’s Miracle Network Hospitals. As of this writing you have raised 1,036,555 so far and you still have until December 13 to donate to a cause that benefits sick kids across the country. If you haven’t donated yet, there are some great prize incentives listed here for donating.
Speaking of incentives, now that we have hit $1 million we are going to start releasing Destiny lore readings by the following special guests for every $50,000 donation milestone we hit!
Thank you to everyone who has donated or volunteered to help raise money through streams and other incentives. It’s always amazing what this community can do when it comes together. Finish strong!

We had another deployment this week which means our player support specialists were watching closely and tracking any issues that popped up.
This is their report.

Since Update 3.0.1.1 on December 8, we’ve been investigating various connection issues, including the following error codes: PRUNE, and WEASEL. The BEE, CACAO, CENTIPEDE, and CHICKEN error codes have since been resolved.

Trials of Osiris is expected to return on December 18. Due to the delay of launching Trials, a few changes were made to the reward schedule: During the first four weeks, the Flawless chest will drop an Adept Weapon. The fifth week will drop an armor piece, with subsequent weeks switching the rewards back and forth between Adept weapons and armor as previously mentioned here. Adept weapon mods will drop each week.

Since the launch of Beyond Light, we’ve been investigating an issue for PlayStation 4 players who could only see a small number of their friends online in their Roster. We discovered this issue only affected those with more than 100 friends in their Roster. This issue has been resolved, but after further testing we discovered another issue affecting how online friends are displayed. That issue will be fixed on December 14 in Hotfix 3.0.1.2.

While unlikely, it’s possible that Destiny 2 may freeze up when signing out of an Xbox Live profile while inside the game. We recommend quitting out of the Destiny 2 app first before signing out. If the game does freeze, players can press the Xbox Guide button on their controller, select Destiny 2, and then select Quit. This issue will be fixed on December 14 in Hotfix 3.0.1.2.

Last Friday, we disabled Vesper of Radius due to it being possible to cast a Rift while falling off a ledge which, when combined with Stasis, could result in a quick lethal combo to opposing players in Crucible. Rift energy wasn’t being used, so it was possible to repeat again right after execution. This issue will be fixed on December 17 in Hotfix 3.0.1.3.

Xbox Series X|S and PlayStation 5 players who are migrating from Xbox One and PlayStation 4, respectively, will need to download the full-size version of Destiny 2 to get all of the benefits of our next-gen update. For more information, please read our TWAB from December 3.
PlayStation 4 players upgrading to PlayStation 5 may need to highlight Destiny 2 on the PlayStation 5 home screen or PlayStation 5 Store, click the three dots menu, and select the PlayStation 5 Upgrade download. Click here for more information.
Along with our next-gen updates, we discovered that some player settings on PC were transferred to players’ console accounts if they are Cross Saved. Until we can implement a fix, console players experiencing FPS or screen-tearing issues can go into their game’s Settings > Video, and choose “Reset to Default” to resolve these issues.

As always, our winners are taking home a special emblem. If you won, congrats! Just please make sure you put a link to your Bungie.net profile in the description of your video.

It Belongs in a Museum

Moving pictures aren’t the only thing we like to highlight in the community. All forms of stationary art are welcome too, and we have a special emblem to give to every artist we highlight. Here are the pieces that caught our eye this week.
Art of the Week: Titan’s Best Friend

Art of the Week: Crow and Glint

Art of the Week: Yin & Yang

Tag your creation with #DestinyArt on whatever platform you like to post your art on to help us find it easier. Twitter, Instagram, and our Creations page are our favorite spots to scroll through the community's talent. If you  win, please reply to your winning post with your Bungie.net profile link so we can get you your emblem!
This is going to be the last TWAB of the year. Don’t worry, we’re not all going on a big hiatus at once. We will still be around. This is the time of year where many of us like to take some time away from work to be recharged and enjoy the cold wet darkness of the PNW at home with the fam. I mean, we were at home already, but now we’re not talking to our computers all day.  We’ve made sure that the feedback is still flowing, and that you have the latest info on ongoing issues and anything new that pops up. The Dawning isn’t the only thing starting next week, we also have raid challenges going live for Deep Stone Crypt so keep an eye out for that.
It’s been a wild year. It’s almost hard to remember what it was like to be in the studio at this point. Depending on how everything shakes out it will be nice to get back there sometime next year. Until then, we will keep plugging away from our offices, living rooms, garages, patios, and other random rooms around our homes. We still have a lot of work to do. We shared some of our short-term plans with you this week, and there is a whole lot more coming in 2021 as well. See you next year!
<3 Cozmo