Nov 12, 2020 - Cozmo_BNG
This week at Bungie, we launched Beyond Light.
No more waiting, Beyond Light has arrived! There was some turbulence at the start, but our team of experts worked the problem and remained vigilant in making sure Guardians were ushered through the queue and could safely touch down on Europa.
Millions of Guardians have answered Variks’ distress call and began to explore the icy moon. Secrets have been discovered, enemies have been vanquished, your quest for Exotic loot has begun. Whether you have already finished the campaign or are still eagerly awaiting for your chance to hop in for the first time this weekend, there is still a lot of great Destiny content ahead of you!
Speaking of new content, we just unveiled a new trailer for Season of the Hunt and a Season page to go with it. Check it out!

Season of the Hunt is live now, but it really gets going next week when the Season’s mission kicks off and Wrathborn hunts begin. Prepare to stop Xivu Arath from attempting to seize power with the help a familiar ally. Until then, don’t forget to grab the new Seasonal Artifact. Just try not to mess up Zavala's office while you’re in there.

We are seeing many Guardians out in the wild who have claimed Stasis as their own and embraced a pathway to many abilities, some considered to be unnatural. There are many Aspects and Fragments still left to be discovered that will allow you to further customize your new powers. We wanted to give you some additional info on how these new status effects will hinder your opponents. This is not info the Vanguard would tell you.

Against Combatants:
Against Players:

All targets:
Against Combatants:
Against Players:
Against Players in Roaming Supers:
Against One-off Supers:
Stasis is a new damage type and we're excited to see how Guardians harness this new power. As always, we are monitoring community feedback and checking analytics data to consider for future tuning of the sandbox.
While we are on the topic of Stasis, we have some new wallpapers for you! 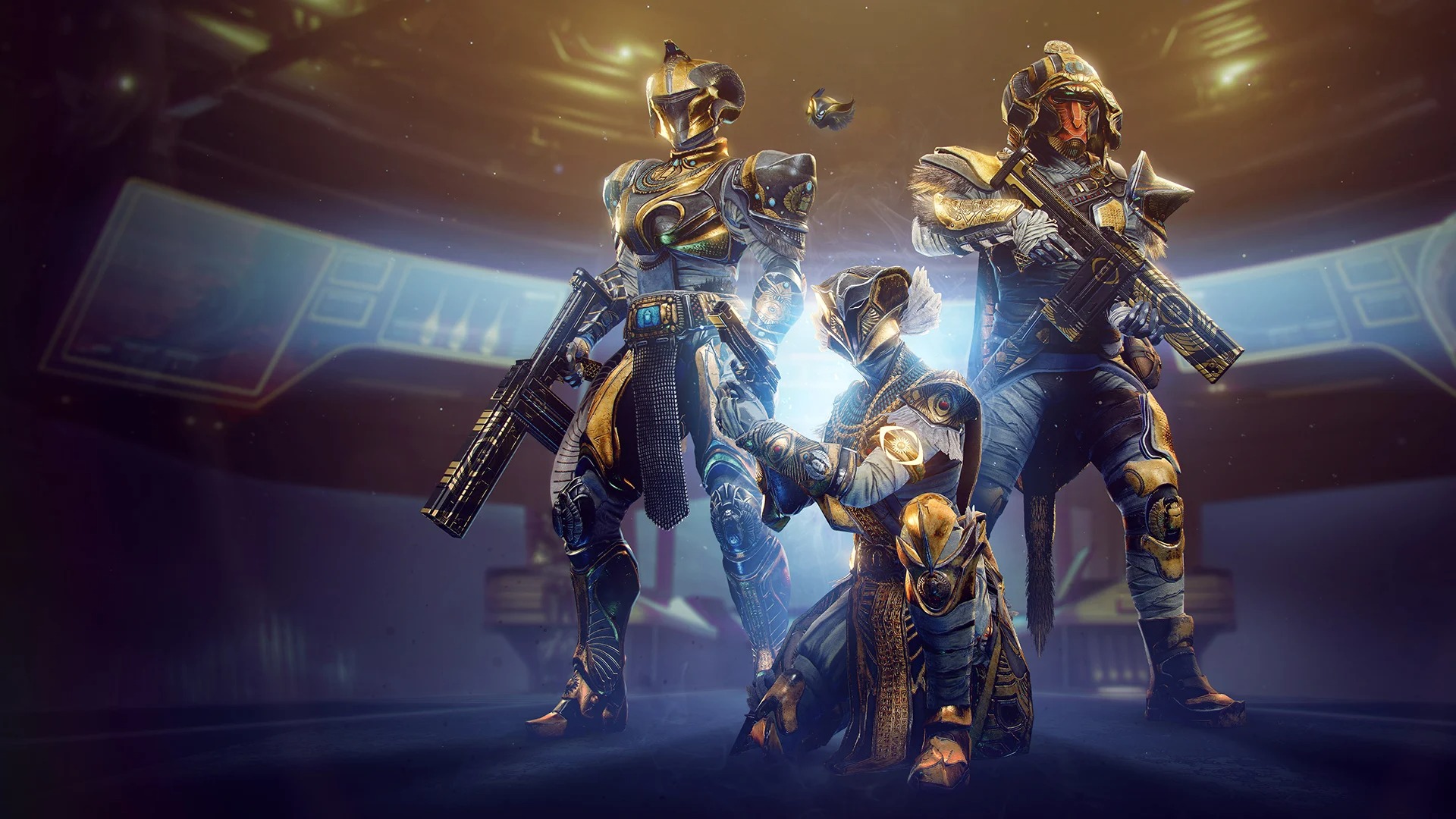 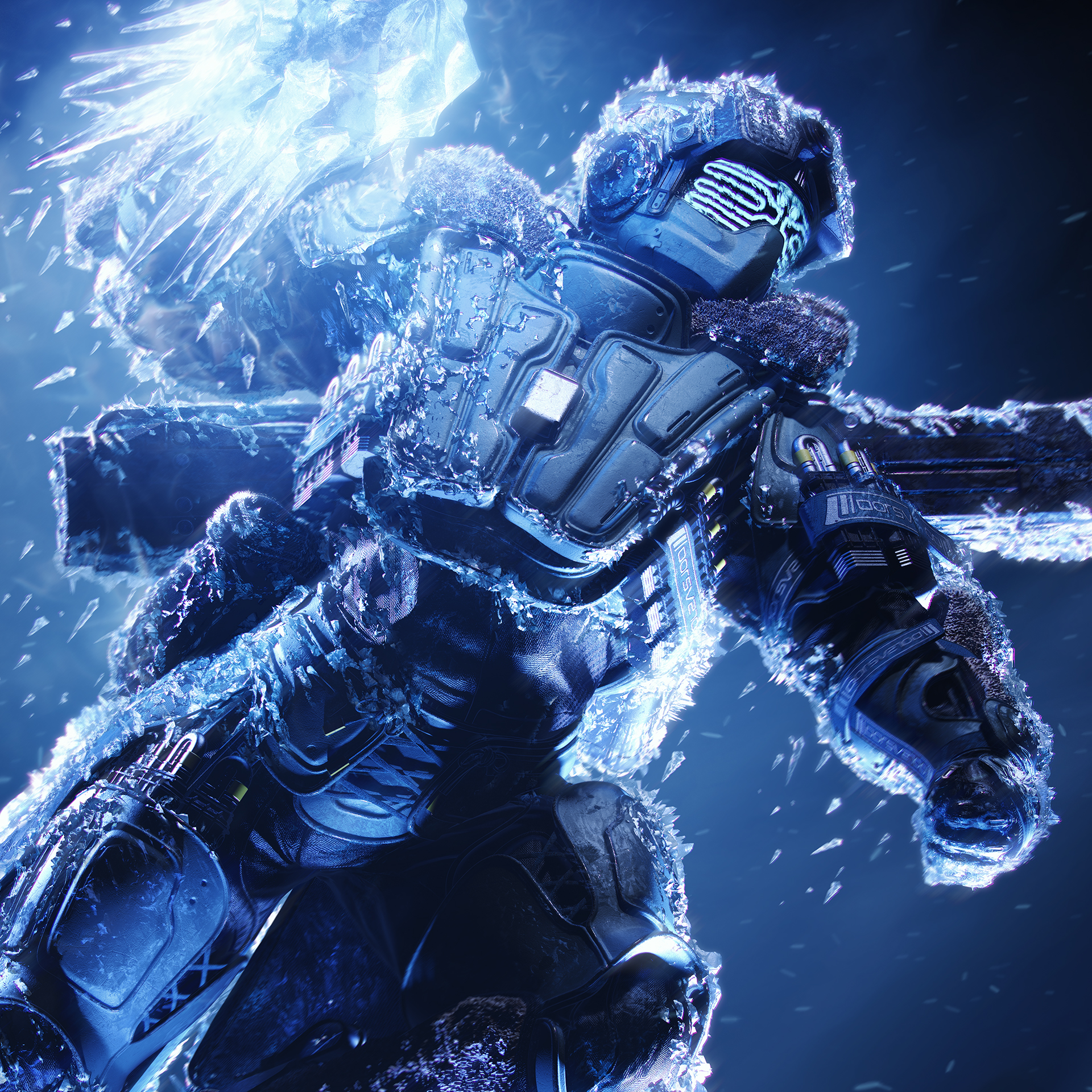 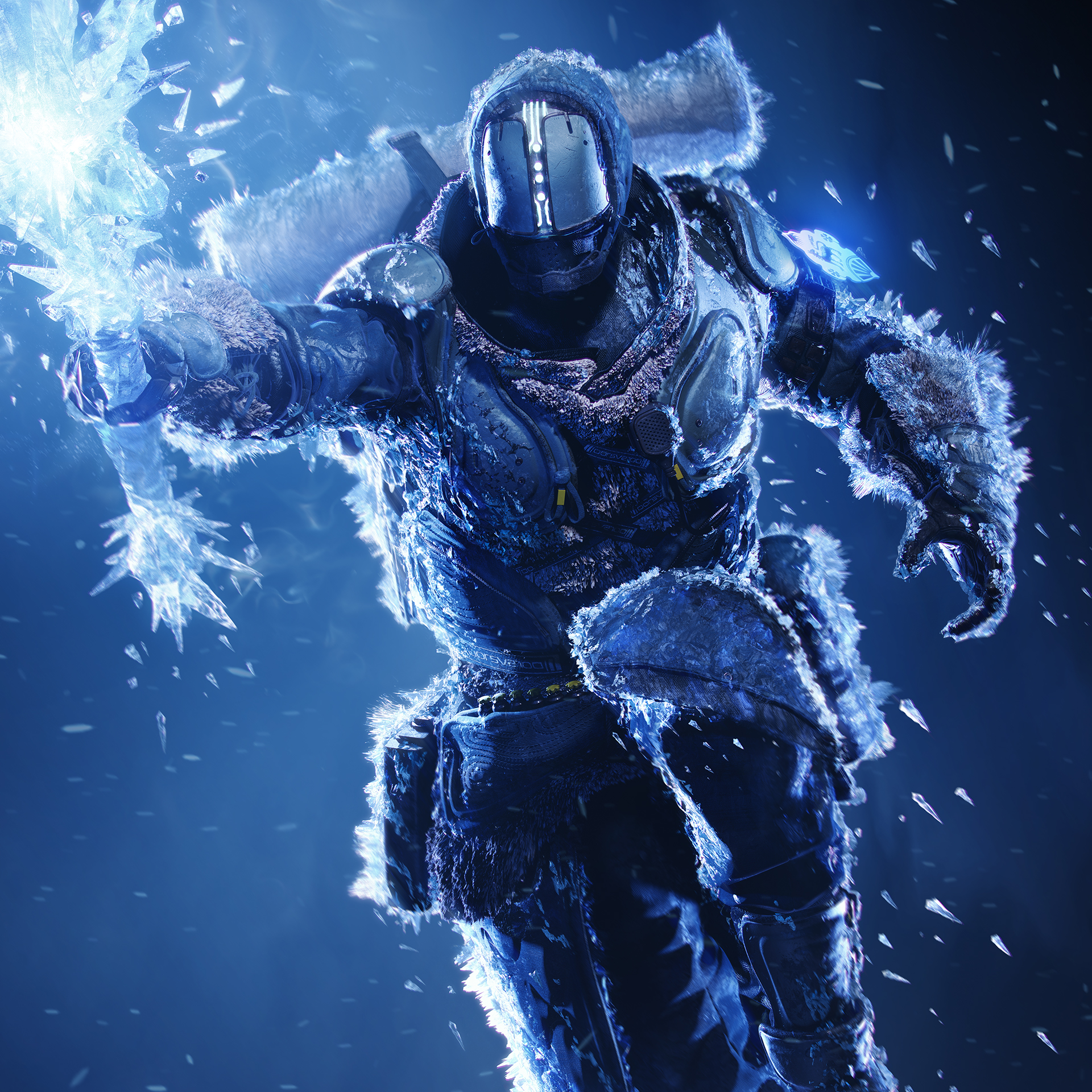 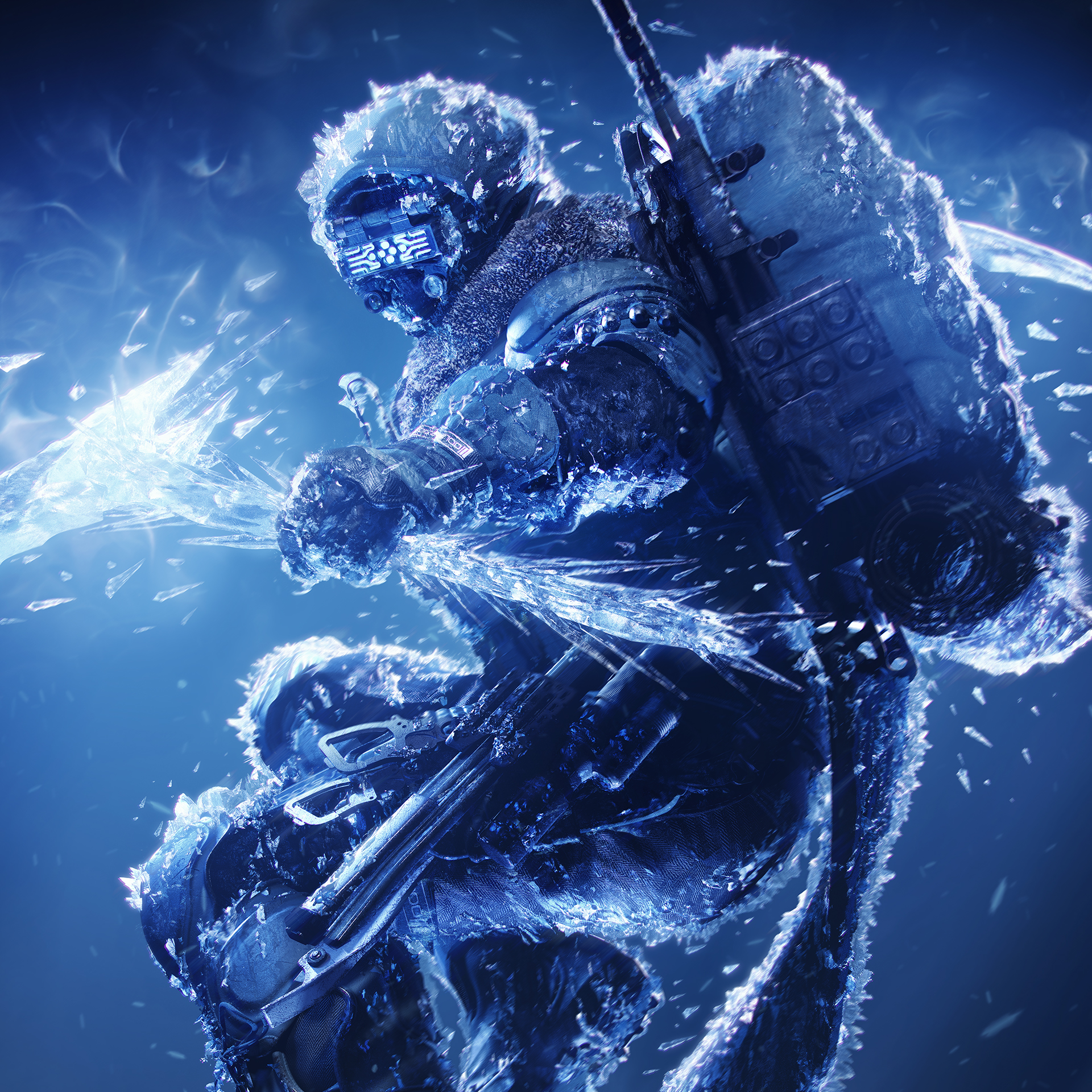 When it’s time to launch new content our player support team are in the virtual room where it happens, making sure you are informed of the status of the game and keeping track of known issues.
This is their report.

Ever since Monday, November 9, we’ve been investigating server stability and various error codes, including GUITAR and ARUGULA. We’ll provide more information once it becomes available.

BEYOND LIGHT LICENSES AND SEASON PASSES

Many players have reported to us that they purchased Beyond Light but don’t have the Season Pass and can’t access the campaign after the first mission.
Season Passes aren’t included in the Standard Edition of Beyond Light, so players who purchased this edition will have to purchase the Season Pass in the game. Additionally, Season Passes can’t be shared between accounts.
For those sharing the expansion on console, the main console has to download Beyond Light first before the second console can access that content.
For platform-specific players:

Players should look at their order history to confirm that their transaction of Beyond Light was successful. If it wasn’t, they should contact Xbox Support for assistance.
For players who purchased Beyond Light successfully but still can’t access the expansion, they may need to manually reinstall all add-ons:
Highlight Destiny 2
Please note that the Game Pass version of Beyond Light doesn’t include a Season Pass.

Players who purchased Beyond Light but can’t access the expansion should restore their Destiny licenses. If players still experience issues, they should contact PlayStation Support to verify their purchase.

Players on Steam should go to their “Library,” right-click on Destiny 2, click “Properties,” click the “DLC” tab, and make sure that Beyond Light and all appropriate DLC is installed. If Beyond Light isn’t listed, players need to purchase Beyond Light or contact Steam Support.

Earlier this week, we disabled the Rose Hand Cannon from use due to its RPM still being 150 instead of 140. This issue will be resolved in a future update.
We also noticed that Legendary drop rates were changed in the EDZ Widow’s Walk Lost Sector, which we corrected on Wednesday.

Destiny 2 on PC now supports integration with the NVIDIA Reflex SDK for compatible graphics cards. This improves responsiveness and reduces “click-to-display” latency. Players can tweak their experience by following the direction in our NVIDIA Reflex Low Latency Guide.

Beginning on December 1, 2020, at 9 AM PST, Blizzard's Battle.net accounts will no longer be available for users to log in with on Bungie.net or the Destiny Companion app, nor will users be able to migrate their Battle.net account to Steam.
Users who only have a Battle.net account linked to their Bungie profile are strongly encouraged to either link another platform to their profile, or to perform PC migration to Steam (unless you already have a Destiny 2 Steam account). Click here for more information.

Who wants to see some movies? This is your time to shine. Every week, we take a look around the internet to find a few of our favorite community-created videos and share them here for all to see. Here are our picks for this week.
Petite lueur

As always, our winners will be receiving a special emblem to commemorate their victory. Starting this week, we have a brand-new emblem to start giving out, called Photologician. Want to see it?

If you won, please make sure you include links to your Bungie.net profile so we can deliver your new emblems.

Artists of the Week

For some while now, we have been highlighting amazing art created by the community from our social channels and awarding the artist a special emblem. We don’t want to limit the audience to Twitter, so we’ve cooked up a fun section for the TWAB to feature some sweet artwork on a weekly basis. Like Movie of the Week, we’ll be sharing creations here and awarding special emblems to their creators.

Here are our selections for this week.
Ghost Bump

The darkness arrives. Its clear the pyramid ships are coming but what will happen? Curious what the next season and big expansion will bring! Its kinda done pretty fast and im getting used to colouring in clip studio paint yay! #artistsoninstagram #destiny2thegame #destinyart #digitalartwork #clipstudiopaint #speedpaint #thedarkness #destinythegame #bungie #thetraveler #space #digitaldrawing

Congrats to those in the first round, and many thanks to all of the artists in the Destiny Community for filling our timelines and creation page with these wonderful pieces. We’ll see you again next week with another round!
As we transitioned from Season of Arrival into Season of the Hunt, we held a small event in the Last City for you to spend the final few hours jumping around with your friends and watching the Traveler do... Traveler things. Big thanks to everyone who showed up for the final hours of Season of Arrival. If you weren’t able to see it, we uploaded the short cinematic that ushered in the new era of Beyond Light for you here.
It’s a shorter TWAB this week, but we know you are busy with new stuff to do. We will be monitoring the community conversation around loot, Stasis, and everything else you have feedback on.
It’s been pretty inspiring getting to watch this team put this release together from home. This is another first for us and though we definitely miss getting to see each other at the studio, Bungie loves a chance to take on a new challenge. Plus, it will never not be funny watching kids and pets crash meetings.
I know everyone here at Bungie is proud of Beyond Light and Season of the Hunt and we all want to thank you for playing. We hope you enjoy the rest of the launch week and the Season to come.
<3 Cozmo