A Mail Sack Between Storms

Jun 28, 2013 - DeeJ
What do you do when you return home from an explosive spectacle like E3? What’s left once the booming demos go silent, the smiling faces disperse, and the booth is torn down like a circus tent bound for the next town? At Bungie, there’s only one thing we can do: We get back to work.
That’s exciting for us, since the “work” in question is building the rest of Destiny. What that means for you is that every day moves us closer to the game we hope you want to play. That also means that we’re back to our old tricks. We’re plotting and scheming atop our tower, getting ready for the next surprise attack.
In between those strikes, there are moments of relative silence. If there aren’t periods of calm between the storms, you’ll stop appreciating the rain. Trust us on that one. We want you thirsty. We want you anxious for the next downpour.
We want you to open the Sack.

Krieger  Have the number of questions in the Mail Sack threads been increasing exponentially?
You could say that.   Before E3, it would take the better part of a week for a Mail Sack topic to receive a couple hundred questions. This week, it ballooned to over four hundred questions in less than twenty four hours. Now that E3 is behind us, (almost) every single one of those questions is an insightful query into the universe of our game. As much as we love reading them, they pose an interesting challenge for us. You see, now that we’ve served up an appetizer of Destiny gameplay, people are hungry for more. As awesome as that conversation will be, the rest of the meal needs more time to marinate.
Prototype  How does Destiny appeal to people who want to play the game completely single player?
If you want to cut a bright line through Destiny that takes you through the heart of its central story arc, you’ll be well taken care of.  Staten and his stable of incredible writers are focused on ensuring Destiny’s narrative is filled with memorable characters, indelible, cinematic moments, and heart-pounding, blockbuster adventures. When we say Destiny will have activities for every mood, that includes private moments when players are compelled to immerse themselves in the story. There will be room for the strong, silent type in Destiny. Those rogues will blaze their own trails, only breaking their focused stride when they choose to help a fellow Guardian in peril. Some of these free spirits even work on our team.

You know when you walk through a battleground in Halo where one army is fighting another, and you sneak through the chaos to continue on your mission?  It’s like that, except one of the sides is made up of the most realistic AI you’ve ever seen.
Michael Williams, Senior Engineer

Destiny will appeal to single players in the same way a buffet appeals to people who want to eat a lot of just one thing.
Josh Eash, Release Manager
I am not a multiplayer gamer AT ALL.  I never play games that require you to play with other people. Having said that, I do play Destiny by myself.  When I see other players in the public areas, it is fun.  We try to help each other out, but otherwise, you can just go about your business and play through the game.
Steve Reddoch, Development Manager

Reddoch is not bullshitting you kids. So strong is his preference for working alone that he’s one of the only guys at Bungie with an office.
Orionj88  Should we still look forward to having all the crypticism and backstory we had in Halo? 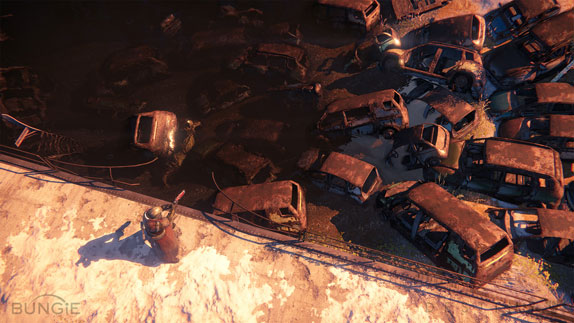 When you look upon that image, how many questions come to mind? Who were those people? Where could they all have been going in such a hurry? And why? What happened to them? What happened to us?
As a player of Destiny, solving those mysteries will be your charge.  Destiny is deeper, and richer, than any universe we’ve ever created. There are already layers of meaning in nearly everything you’ve seen to date.
AngelicLionheart  Please talk about how deep the lore rabbit-hole goes in Destiny.
But we already did that at Bungie.org earlier in the week.
NinjaSpartanII  Is the constant flood of Destiny questions irritating, since you cannot reveal too much right now?
Totally! Will you people please stop being curious about our game? If you would just leave us alone, it would… well, it would be awful. Don’t do that. To your point, it can be hard to keep secrets. As much as I would love to set up an information booth at PAX and just answer questions all day long about what awaits you in Destiny, it’s not my job to paint our designers into a corner while they’re still drawing the floor plan. They feel that pain, too.

Actually, Skank, I think that was the most annoying sound in the world.
Charcoal  Could we PLEASE have an "official" video, in 1080p, of the full E3 stage demo?
In how many languages can you say PLEASE?
Stustudioart  I simply wanted to know any form of estimate for the size of the open world, or worlds.
We’ve seen a lot of people label Destiny an “open world” game. For the same reasons we’re cautious about all of the “MMO” attribution, we want to be careful here, as well. Destiny is a big, beautiful action game with ongoing adventures that span our solar system. There are worlds to explore, mysteries to uncover, enemy motivations to understand, and long forgotten treasures to unearth. First and foremost, we’re building an action game. Destiny is a First Person Shooter.
TPaz117  Are there any non-combat public events? Can we get an example?
Life is full of events that you can share with your fellow man that don’t require violence. Among things like quilting bees, farmers markets, and criminal seizure auctions, they include:

Destiny is an action game. There will be non-combat activities to enjoy. We’ve already talked briefly about the Tower. The rest will come out into the light later.
B3AST1Y H0UND  Is "The City" located on Earth really the only Safe Haven in the game?
Stay tuned.
Thesandwichlover  Will Destiny have guns?
I’m going to assume that you wanted to be abused when you asked that question, so I’m selling you out to the panel. You’re at their mercy now.

Josh Hamrick, Senior Designer
I hate you.
Elliott Gray, Graphic Designer
Last I heard, we were ditching guns and giving everyone bubble wands and streamers. Become legend.
Jake Lauer, Web Development Engineer
Originally that was the plan, but then the studio got on this big hatchet kick.  Now it is all hatchets all the time.
Rahsaan Green, Sandbox Test Engineer
This is a game about Social water balloon fights. No guns here.
Andy Howell, Matchmaking Test Lead 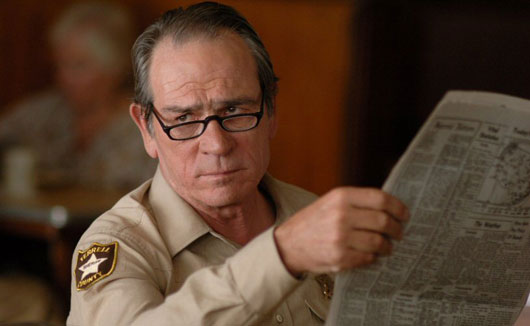 Dear esteemed members of the gamer press: Nothing between here and the Joker is sincere.
Except Tommy Lee Jones. He’s always serious.
Lashghost  How many exotic weapons will there be?
Enough for them to be legendary, but not so many that they will cease to be exotic. All the weapons in Destiny, including the exotics of course, are given the time and attention they deserve. From the fit and finish, down to the various unique upgrades you can earn and apply.
Kris the Abyss  What has really been bothering me since the E3 presentation is what happens after a public event? It's been said that there are private and public areas, I'm just curious on how they transition. I don't want to be playing alone and accidentally get grouped up with a person that is just gonna try to ruin my experience by following me into a private area.
Destiny does have private areas, first of all. They’ll live up to their name. If someone was able to make your fears come true, we’d have to name them something else. Our panel can relate to what you’re talking about. Years of experience with making games that bring gamers have acquainted them with the evil that men do on the Internet.

While you have the option to work with others in public spaces, you ultimately control your experience.
Michael Williams, Senior Engineer
I believe in your right to choose the people who are allowed to play with you.
Josh Eash, Release Manager
Never let someone into your private area.
Jake Lauer, Web Development Engineer
Are you the sort who makes the phone gesture with their hand and silently mouths “call me” after we’ve had our fun but then gives me a fake number?
James Tsai, Senior Designer

Cowleyad  Competitive multiplayer. Details. We need details.
Then this is the mail sack you deserve right now, but not the one you need.
This is not to say that you don’t deserve the world, Bungie Community. You deserve more, which is why we’re building many worlds for you to conquer. You’ll look upon them another time, and we hope that you will weep. In the meantime, we’re preparing a celebration of you to happen next week.
Don’t go too far. Bungie Day is coming.