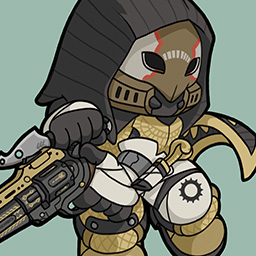 I really don't mind Disjunction and don't understand the hate

Right, so hear me out. Disjunction is a VERY large map. But it has a good mix of close range, long range, and verticality. It has sniper lanes, but plenty of ways to break line of sight. Players seem to laser-focus on the upper-middle lane or the swamp. Somehow, so many people don't use the lower tunnels or the cliff-side paths where the map is much less open, along B flag. There's rooms and choke points and alternate routes to snake around the long-range lanes. It's to the point that my main running path is to start at A/C cap, and then run to the lower tunnels because nobody else is at B by then since they like to hold on the upper-middle sniper lane. It's a VERY rare encounter for me to find someone else using the opposing side's tunnels which also means I could just bypass B and come up behind them. While everyone else is scoping down the swamp and middle lane, I could already be at the opposite A/C flag while skipping those open lanes entirely. My only complaint is the giant spawn box on either side making the walk of shame a pain in the tush. But then again, so does Convergence's spawn.
English
#destiny2 #FeedbackD2 #Disjunction
Comment Reply Start Topic
Report