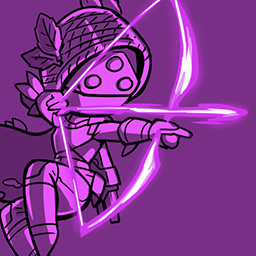 I already expect the generic "hunters complain" comments, but I feel as if I just need to say this. I miss Destiny. It just doesn't feel like the game I played back when it first released, especially the hunters. I know that all classes got shafted when D2 arrived so maybe I'm not the only one. I miss being able to customize my subclass however I wanted. Not just the abilities, but your attributes too. Now mobility, resilience and recovery is tied to the armor you wear.. I miss my golden gun making targets explode, I miss backstab on my bladedancer, hell I miss ARC BLADE in general. I know we have spectral blades but the two attacks it have are just... Meh. The quick attack is basic, and the blackflip is like you attempted to combine 'Razor's Edge' and 'Showstopper' WITH 'Vanish' but it's really not as effective as just choosing the three options separately. I understand we have the arc staff, but I liked arc blade because hunters were know for knives and stealth. Blink will be missed of course. I know I miss some things my warlock used to have too, remember lance? Shatter? Touch of flame? Scorch? Not even mentioning the self-res. Recently I've been playing a warlock more than my hunter, only using her for my exotic quest so my warlock doesn't need to redo steps. (lazy I know) and even though I'm enjoying the warlock gameplay, it's still not the same. Titans are the class that's been the most "classic" since it still has bubble with armor+weapons. But I was always a blessing guy myself. But above all, I think my main thought is the loadouts. Primary/special/heavy was (IMO) better than kinetic/energy/heavy. It just made sense to me. It allowed for certain exotics to be more special. (Universal remote, NLB being a shotty/sniper in a primary slot lead to interesting loadouts that no one could use without wasting their exotic slot) now I understand me saying this here isn't going to change a single thing about Destiny, but I just needed to say this. I was watching some old D1 videos and had that sense of fulfilment that D2 doesn't share. It made me want to buy D1 again. If anyone else feel the same or disagree, I'm open to all opinions.
English
#feedback #gameplay #destiny2 #general #Classes
Comment Reply Start Topic
Report