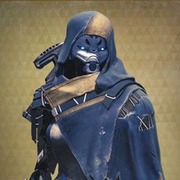 Doom_wraith7
I should get an over shield x10 heath regeneration and 10x damage stacks when I pop my super. It should allow me to fly forever and kill all enemies I even get close to. It should also fully recharge my super on direct hits so I can only use my super over and over again. It should also leave behind a damaging blast that continues to damage anything inside. it should also give extra damage an over shield and extra healing to anyone that stands inside it and it should last 10 minutes. I know it just got buffed and it’s the easiest super to charge and has a strong neutral game but I just want to be powerful waaaaa 🤦‍♂️
English
Comment Reply Start Topic
Report