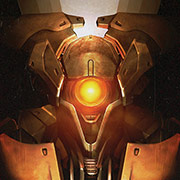 Xol, and why he was so easy to defeat

Alright Guardians and Kinder-Guardians, take your seat and get out your notebook and pencil. It's time for a little lesson on the Worm Gods, Auryx, and why Xol was a big softy. We begin with Aurash, Sathona, and Xi Ro. The Proto-Hive sisters. The ones that became Oryx, Savathûn, and Xivu Arath. The three sisters saught to find a way to prevent the Syzygy, a cataclysmic event that would destroy their homeworld, The Fundament. On their journey they discovered the Worm Gods, Akka, Eir, Xol, Ur, and Yul, deep within The Fundament. Yul granted the three sisters their worms, which the sisters must feed with death and destruction in order to become stronger, and overcome the Syzygy. The sisters then become Auryx, Savathûn, and Xivu Arath. (Read: The Books of Sorrow) (Note: The Worm Gods did not grant the three sisters their powers, the Worm Gods gave them their worms, and it was the constant feeding of the worms that made them powerful) Now, notice that I said Auryx and not Oryx. Aurash became Auryx BEFORE claiming the title of Oryx, and becoming the Taken King that we knew of, and subsequently killed. Now Auryx is important to the reason why we could kill Xol so easily. You see, BEFORE Auryx became Oryx, Auryx turned to the worm god, Akka, the Worm of Secrets, to learn the secret of the Deep. Akka refused, stating that Auryx's power was gifted and not taken, and in such was not true to the Deep. Reacting to this, Auryx slew Akka. Yes, you heard it. Before Auryx even became Oryx, he killed a Worm God. Auryx, NOT ORYX, was stronger than a Worm God. In killing Akka, Auryx was able to commune with the Deep, thus being granted the power to take, and becoming Oryx, the Taken King. Remember how we killed Oryx? Oryx, who slew Akka? Oryx, who was stronger than the Worm Gods themselves? Yea. I remember too. And in that, I declare that yes, it's pretty reasonable that we were capable of defeating Xol. Not only did we have the weapons of a Warmind to aid us, but we had also killed Oryx, who was far more powerful than the Worm Gods. And don't get me started on the Sword Logic.
English
#lore #destiny2 #oryx #XOL #warmind #WormGods
Comment Reply Start Topic
Report