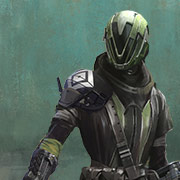 Not gonna have moments of triumph? Why?

Just coming back to Destiny (The Lost Legion)

There were moments of triumph?! (The clueless)

I don't play PvE only crucible (The Gladiators)

Only 5 days left whats the point (The crestfallen)

I was playing other games! (The Deserter)

I don't care (The Meh Squad)

I had Destiny on the ps3 played up to around when the april update happened then took a break for 2 months then played crucible for a bit then just stopped using the ps3 as I decided to buy a ps4 and was waiting for a cheap version on the ps4 the iron collection seemed about right its downloading at the moment. That's my excuse how about yours?
English
#Destiny #excuses #Year2 #MomentsofTriumph
Comment Reply Start Topic
Report