Oct 20, 2022 - Hippy
This week at Bungie, we are getting spooky, babyyyy.
Every day is Halloween if you’re brave enough. Or obsessed enough. OK, that’s enough judgment. We can feel it from over here. Yeesh. As we were saying, the spooky season is officially in Season, which means it’s time to dust off those chicken masks and get out there to take on some haunted activities with Festival of the Lost. But why leave dress-up to just our Guardians when we can have a little fun in real life too? More on that in a bit, but we also have a heads up about what’s leaving the weapons pool in the coming weeks and more on how you can put those tucked-away cosplay ideas to good use. Since the last two TWABs had some beefier info, this one is going to be lighter so Guardians can just get in there and give Space Grandma all of the love she deserves without delay. And Saint-14. Please give Saint-14 some treats. He deserves them...
Anyway, let’s kick things off with Festival of the Lost, shall we?

Before we get into the bones of week’s TWAB, we wanted to call out a few things. First, work on TWABs doesn’t start the day before TWABsday. There is planning and team coordination involved that requires advanced work, and today’s blog post is no exception, but we have included the launch day hiccups with Festival of the Lost in our Known Issues portion further down. We also just wanted to take a moment to say that we are taking the feedback seriously and are appreciative of the players that have respectfully offered their time to help make a good game even better by sharing their thoughts on how this event feels. All that to say, we really do hope you enjoy the next few weeks of Festival of the Lost because Halloween means a lot to us, and being able to share a favorite holiday with the wider community feels like a gift. For the technical side of things, please follow our Bungie Help Twitter for updates. For taking a moment to just enjoy this time of year, I hope you join us for the rest of this TWAB.
OK, onwards ghostly Guardians!
It’s “Spooky Scary Skeleton” time, y’all, which means it’s time to don your favorite mask and gobble up those delicious treats while taking on haunted activities meant to put the “trick” in trick or treat. A lot of you have already begun that quest for spookidom, but for those that may be waiting until the weekend to dive in, here’s a quick recap on what you can expect:

New gear, which you can see in the nifty Festival of the Lost trailer above: 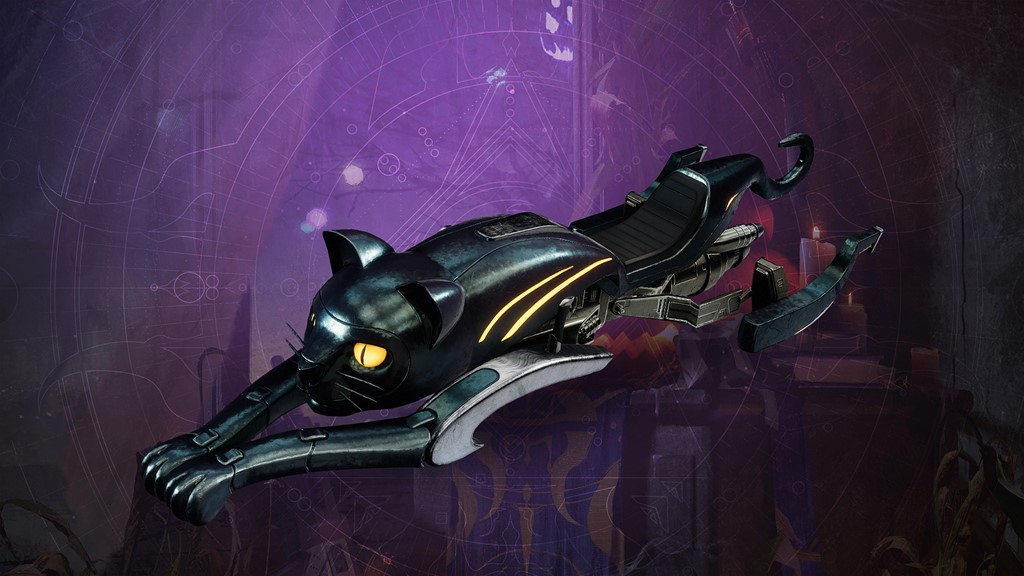 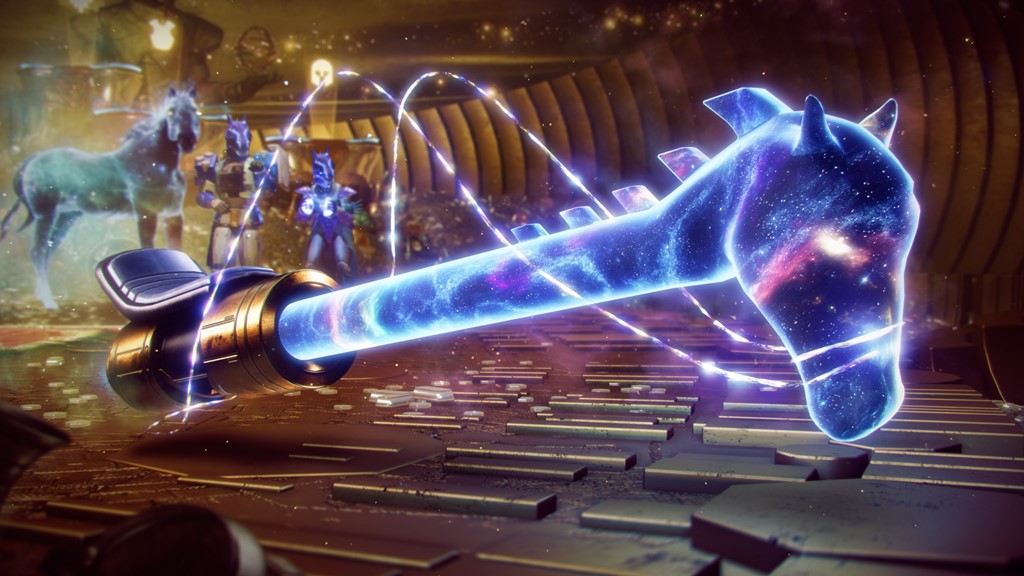 Haunted Sectors are also back for some EDZ adventuring, where you’ll take on hordes of Cabal that took the festivities a little too seriously. A new Haunted Sector awaits alongside a few familiar ones for some Halloween goodness. Just don’t let those nerds trick you out of your treats. Blast them with Telesto instead, don’t let your dreams be dreams.
Wait, There's More
You know we’ve got some fun challenges in the real world that we’d like to offer, as well. Calling all artists! And we mean all artists: cosplayers, fiber, digital, food art—the sky is the limit, make what inspires you. But make sure that you add the right hashtag and @ the official Destiny 2 social channel for your region! If not, we may not see it. We’ll be giving out some sweet, sweet prizes per region, so don’t hesitate to throw your talents into the hat to celebrate with the wider community!
And because we’re looking to inspire all types of creatives, here are a few objectives and hashtags you’re going to want to keep in mind:
King's Fall Pumpkin Stencil:
Arc Pumpkin Stencil:
Solar Pumpkin Stencil:
Void Pumpkin Stencil:
We’ll be featuring submissions in every TWAB during the event with one final follow-up wrap-up section right before Festival of the Lost goes back into its annual hibernation to make way for snow and hope. And more cookies. Because cookies are treats, and we’re all about that life here.
One more note! If an official account shares your work, you’ll automatically be qualified for a particularly festive cosmetic with the Hallowed Coronation emblem:

So Long, and Thanks for All the (Weapon) Streaks

All good things must come to an end. Sure, that end is temporary for the loot pool rotations, but that’s neither here nor there. Here’s a heads up of what’s leaving the loot pool for next Season so you can get in there and give it your all for that special pew-pew goodness before they are gone:

Iron Banner:
Trials of Osiris:
Nightfall:
You know what to do. Get out there and grab what you want before a new wave of rewards awaits. Closer to next Season, we’ll be sharing more insight into rewards and what players can expect over the coming months, but we also wanted to take a small moment to tease something we’re excited about. For Season 20, we’re going to be introducing Legacy Focusing. We’re not quite ready to share details about that yet, but that is one of the many aspects of the game that players will be learning more about when we’re closer to Lightfall and beyond.

Running up in all their mech glory is our incredible Player Support Team back at it once more with another update about the more technical side of Destiny 2. From known issues to resolutions, here is their report about what’s going on behind the scenes of the Halloween-fueled fun.
Known Issues List | Help Forums | Bungie Help Twitter

We detected an issue where the weekly bounties from Eva Levante were only giving out 100 Bright Dust instead of the usual 200 Bright Dust when Festival of the Lost went live. We implemented a fix for bounties that haven’t been turned in, as well as any future bounties picked up by players. Players  affected by this issue will receive any missing Bright Dust at a later date.

The Lord of Wolves Exotic Shotgun has been disabled due to an issue where it can apply more damage than intended. We are targeting next week's 6.2.5.1 update to release the fix. More information will be provided when available.

Next Tuesday, October 25, Destiny 2 Update 6.2.5.1 will be released. View our Destiny Server and Update Status page for maintenance times, as well as the timeline below (all times are Pacific):

While we continue investigating various known issues, here is a list of the latest issues that were reported to us in our #Help forum:
For a full list of emergent issues in Destiny 2, players can review our Known Issues article. Players who observe other issues should report them to our #Help forum.

Ivan: This #MOTW could have been Bungie’s trailer to promote King’s Fall, but our amazing community did it themselves. I’m hoping that after watching it, those who haven’t been in the raid will consider going and those who finished it many times will be inspired to go again! Touch of Malice for everyone! (Just kidding, free Exotics are sadly not in my power.)
Movie of the Week: King’s Fall Fan-Made Trailer

Bruno: Do you love raids? I love raids. I don't have a favorite one, but Deep Stone Crypt holds a special place in my heart for various reasons. The music, the lore, the bosses, the guns, the jumping puzzle with the lullaby in the background, and the mean voiceover... No wonder this extraordinarily talented Guardian has decided to recreate it in Minecraft to the last detail. I can't imagine the amount of work something like this requires.
Movie of the Week: Status | Mindblowing

Hippy: It’s Spooky Week™. It’s what we live for! My inner New Orleans spirit is dying to share some of the amazing Festival of the Lost-inspired art y’all have been hitting us with. Gently. With a love stick. More of a bonk than a hit, really. Anyway... here’s art!
Oh, and an actual game! Just wait, it’s really cool!
Art of the Week: Suit up and roll out, Guardians!

Suit up and roll out, Guardians🤖!

Art of the Week: Festival of the Lost, but make it arcade-style

And a bonus one in homage to the Community Team because crafting is always a good time!
B-b-b-Bonus Art of the Week: "Like stealing candy from a Smollen" - Drifter, probably

Like stealing candy from a Smallen -- The Drifter, probably

And that’s a wrap! It’s the first week of Festival of the Lost, and there’s plenty to do to get some new goodies while also just letting loose and having a good time. As we inch closer and closer to Season 19, we just want to reiterate that not every TWAB is going to be filled to the brim with lots of new info. Some of them will be lighter, but they’re always meant to inform what’s going on in the immediate future. We’ll have more about what’s next, including more on weapons, rewards, and other odds and ends in the coming weeks. Can’t wait!
In the meantime, make sure you’re drinking that water (Especially with all that candy. Yeah, this is a self-dunk, what’s up?), practicing that self-care, and always putting that kindest foot forward. Catch you next week, friends!
“I should go,”
<3 Hippy