Oct 6, 2022 - Hippy
This week at Bungie, we’re talking about some upcoming material changes, diving deep into some player-submitted questions with our Weapons Team, and addressing some of the misinformation floating around regarding recent account bans.
What’s that? That's the sound of some excitable changes on the horizon, but we need to get there first. So, “what about the here and now?” you may be wondering... Glad you did that. The wondering parts. For the immediate future, we’re able to share a closer look at upcoming economic changes coming to Destiny 2 for Season 19 next week. With bigger, more core changes around the corner, there are a few areas that the team is tightening up to prepare. But before we offer a small taste of what’s to come, we want to take a moment and talk about the recent account bans. It’s a sensitive issue, and we want to be transparent and ensure that the information you have is correct.

RE: Account Bans, An Update from Our Security Team

Here to talk about the most recent wave of account bans and restrictions is our Product Security Team.

Security: Before getting into explanations, we apologize to impacted players up front. Our job is to protect our players, and our team unfortunately did the opposite this past week. When mistakes are made, transparency is important. We hope the information below—vague as it may be in order to avoid teaching cheat developers about our systems—provides insight into what happened.

During the development of one of our cheater detections, a combination of requirements was set for banning a particular class of cheaters. We utilize specific signatures that those types of players generate. Early last week, we started seeing an increase in appeals and began investigating. Once we identified the problem with the signature, we immediately unbanned anyone we could identify as impacted. We then began reviewing recent security actions with a fine-toothed comb and continued to unban people based on a review of appeals and our own investigations, where appropriate.

Here are some points to consider when discussing the most recent wave:

We can confirm that there is a lot of misinformation being passed around regarding why a person may be banned or unbanned. In instances when unbans happen, players who were knowingly cheating insert themselves into these conversations to try to get their own bans overturned. Please utilize our ban appeal process so we can follow up with individual accounts.

"Weapons, I Am Your Father," - Systems Design Team, Probably

Look, there’s no denying that Destiny has some pretty sweet tools for Guardians to kick butt and take names with. From flashy purple magic of awesome to the all-helpful Divinity for support, there's a seemingly endless line of badass gadgets in our Guardian’s arsenal. Our Weapons Team has been talking a lot about different weapon changes and philosophy, and now they are back to tackle some of the most-asked questions we get regarding that pew-pew power.
Here to chat more are a few members of our Weapons Team, including Test Engineer Taylor, Design Intern Alex, Designers Brandon and Vivian, Associate Designer Mercules, Senior Designer George, and Senior Design Lead Chris Proctor. Let's just jump right into those questions, team!

When the full auto setting arrives for all weapons, are you still going to keep the Full Auto Trigger System mod as an option? It’s kind of nice to have the flexibility without making every weapon full auto.
Yes, there are no plans to remove it. The Full Auto Trigger System mod isn't going away.
What will replace Full Auto Trigger System on Exotics that have it as a perk when the new accessibility feature goes live?
We don't want to inadvertently make these stronger in PvP, so the goal here was to replace Full Auto with something fun and thematic, but more useful in PvE than PvP.
Here are some examples:
Traveler's Chosen:
Vigilance Wing:
No Time to Explain:
Divinity:
Note that encounters are built around players having access to being able to weaken, as many folks have theorized.  We don't believe that Divinity in its current form is actually a balance problem, i.e., it's not necessarily too strong in isolation. That said, Divinity is incredibly dominant in endgame PvE because it trivializes aiming precision weapons and has an  extremely high uptime for weaken. The most important issue is that Divinity granting 30% weaken sucks the air out of the room for all other weaken sources (such as Tether and Tractor Cannon), and we don't want to power creep past Divinity to make them interesting.
With this in mind, we've been looking at Divinity for a while now, and have tested a variety of changes in Season 19 over the last few months, landing on reducing Divinity's weaken from 30% to 15%.

Comments on Kinetic weapons (in PvE) 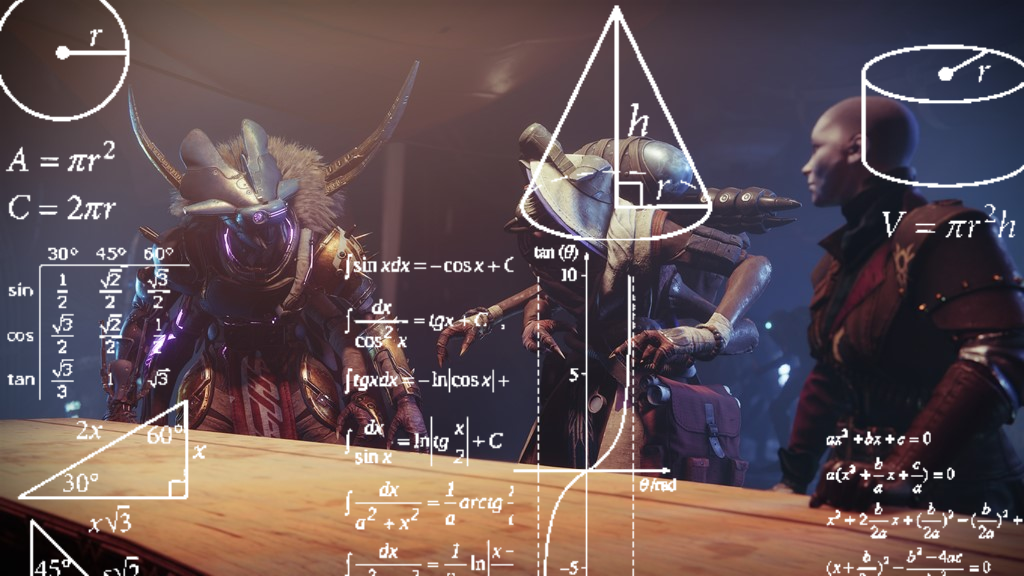 Why does Adagio have to be different on so many weapons?
It's actually not. Adagio is only branched two ways, specifically to prevent it from being too strong on Bows (one-hit kills for getting a single bow kill is way too strong) and Shotguns.
What does Zen Moment actually do?
Each hit grants a stack (max 5) that lowers recoil. Reloading or not hitting for one second clears all stacks. As for what it does, maximum stacks massively reduces recoil.
In your opinion, would you use accuracy perks (e.g., Firmly Planted) on Slug Shotguns? By my testing, they seem to be very accurate by default. I don't observe much spread.
Slug Shotguns are very accurate, so it's likely only worth using accuracy perks if you plan on using them while airborne or in other situations that reduce accuracy.
What are the numbers on enhanced perks? Are there any guidelines or rules of thumb for all? Specifically, how much do the enhanced versions of Firmly Planted and Opening Shot give vs. the base perks?
The guideline is that an enhanced perk should be 5 to 10 percent stronger than a base perk. We do exceed this in some cases though.
Here's an example of the enhanced versions:
I am genuinely curious why the One Quiet Moment origin trait was created. What’s the benefit of having increased reload outside of combat?
The intended loop is to pause after an engagement to see whether you have another enemy to deal with before reloading your weapons (because being caught mid-reload is bad news). This is something that doesn't match everyone's playstyle though, so we'll be updating this in Season 19.
What is the minimum draw time on Bows after the recent changes?
Minimum draw time is 500ms for Lightweight Frames and 540ms for Precision Frames (weapon perks can reduce this even further).

Odds And Ends (And Some Fun With Our Australian Players)

The Bungie Foundation is heading to sunny San Diego for TwitchCon 2022 from October 7 to October 9! Located right on the “Purple Carpet” as part of the DonorDrive Charity Arcade, stop by and say, “Hello!” Visitors will have a chance to take home an exclusive Bungie Foundation TwitchCon pin as well as a brand-new Destiny emblem! One thing to note, though, is that these emblems are first-come, first-serve, so be sure to stop on by as soon as you can, if interested! 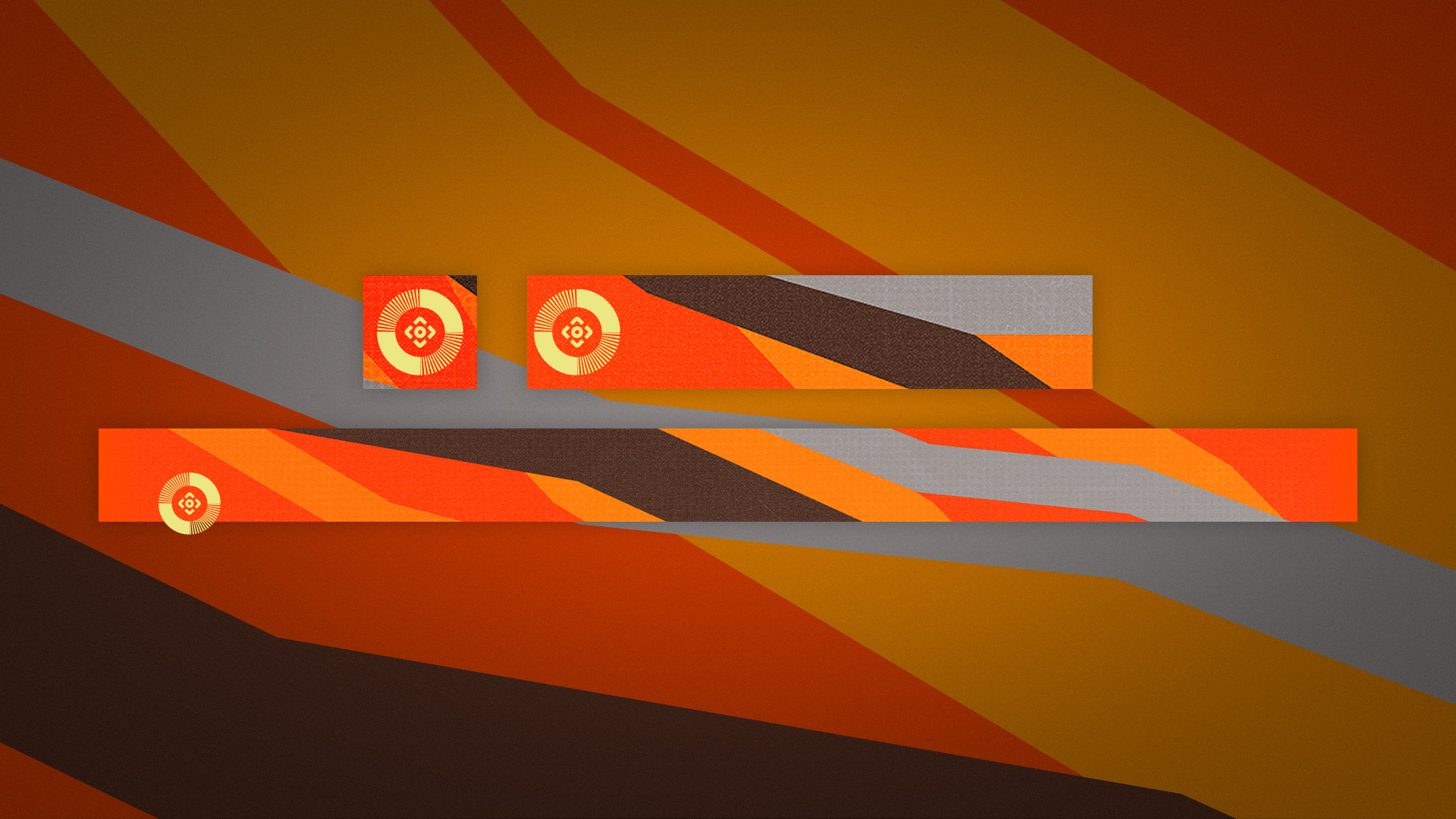 Our prize wheel—made famous by Cozmo during last year’s Game2Give stream—will be making the trip to SoCal as well. Complete with a fresh paint job, the Bungie Prize Wheel will give lucky spinners the opportunity to win some great prizes!
Tune in on Saturday, October 8 from 12:30 PM to 2:15 PM PST for a special fundraising event featuring TheLostDrake and P1kaPeach, streaming live from the TwitchCon floor. Head on over to their channels to watch and support them while they raise money for the Bungie Foundation and six other charities involved in this year’s Charity Arcade.

We're Ruffian for a bruisin'.

Our Player Support team is back in action once more to give players a look at what the team is currently working on and what the status update is on open investigations into known issues. They do what they do well, so I’m going to go ahead and stop talking and just let them do their thing.
This is their report.
Known Issues List  |  Help Forums  |  Bungie Help Twitter
THE FUTURE OF DESTINY 2 ON STADIA
While we have nothing to announce today, we have been in active discussions about the future of Destiny 2 Stadia accounts since Stadia’s announcement last week that they will be shutting down in January 2023.
Once we have a plan of action, we will share more details with in-game Destiny 2 messages, TWAB posts, emails, and tweets from @BungieHelp.
For general questions about Stadia's shutdown, please review their FAQ.
TOWER PERFORAMANCE UPDATE
To alleviate performance issues in the Tower, we have temporarily reduced the population cap to 20 players while we investigate the underlying cause.
NEW DEEPSIGHT FOCUSING
The first time players focus a Season of Plunder weapon each week with the Double Perk Weapon Spoils Pirate Crew Upgrade active, the focused weapon will now also drop with Deepsight Resonance.
GYRFALCON UPDATE
A fix for the Gyrfalcon's Hauberk Hunter Exotic has been identified and is scheduled to be shipped out mid-October.
KNOWN ISSUES
While we continue investigating various known issues, here is a list of the latest issues that were reported to us in our #Help forum.
For a full list of emergent issues in Destiny 2, players can review our Known Issues article. Players who observe other issues should report them to our #Help forum.

"'Tis But a Scratch"

Bruno: Not sure if loving the Monty Python movies is going to make you think I am as old as an oak, but I do love them. Silly jokes, great ideas, and some political commentary. Basically, what good comedy should be. I reckon some of their stuff is a bit off nowadays, but there's still lots of good stuff, like this scene that has been really well adapted to Destiny's standards.
Movie of the Week: Sir Titan-a-Lot of Arc 3.0

Ivan: Who woke this Guardian up? Their opponents would prefer them to keep sleeping.
Great music and editing make this deserving of #MOTW, well done!
Movie of the Week: Don't wake me up

Hippy: Titan pirates, enough said. Y’all already know, Titans have my heart, so seeing this art of a Titan pirate in all their glory? Yeah, that’s the good stuff. If you listen closely, you might even hear us losing our minds over it. What can we say? Titans make pirates look dope.
Don’t come for me Warlocks and Hunters, we love y’all too!
Art of the Week: Titan pirate go brrt.

CRUSADE - Shouldn’t have taken me this long to get a pirate render for the new season but better late than never 🏴‍☠️🔥#Destiny2 #Destiny2Art #AOTW pic.twitter.com/6HyZNwpFe5

Sam: We were 100% expecting to only be posting Halloween or scary-themed #AOTW picks this month (the variation of art styles is really highlighted during this time of year), but the second we saw this, there were no questions only, "Yes, this one is very cute, must share." Enjoy!
Art of the Week: Ketchcrash

THE DEMON
-
Kicking off spooky season with some Saint-14! >:)
-#destiny2 #aotw #destiny2art pic.twitter.com/speWdYrewN

OK, one more bonus, in the spirit of Festival of the Lost coming up: Get that candy, Eido!

And that’s a wrap on our latest TWABtastic adventure. Hopefully, the update about account bans as the investigation into improved practices has eased some worries. That, and the nifty Q&A with the weapons team has been interesting to see develop. We hope you enjoyed it!
We’re inching closer to Festival of the Lost with all the spookiness that entails! Bring out the masks, Guardians, because it’s almost that time once more! We’ll have more on that in a later TWAB, but for now: drink that water, prioritize that self-care, and remember to always lead with your kindest foot forward. Until next time, friends.
“I should go,”
<3 Hippy