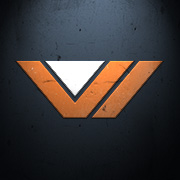 Yes. This is another post about matchmaking for weekly strikes and raids. [b]But[/b] let's be clear. This issue doesn't have to be an antithesis. Why not have matchmaking for the casual gamer [i]AND [/i]an in-game LFG lobby/lounge for hardcore raiders to prep and debrief with their fireteam?. In other words, not either/or, but both. The fact is finding a six man fire team can only be done [i]outside[/i] of the game itself. That is a major flaw, especially for casual gamers who want to access [i]all[/i] the content for which they paid good money. Like and sign 'Make me a match' below if you agree. Enjoy the song: https://www.youtube.com/watch?v=59Hj7bp38f8 Poll: Vote YES to matchmaking here: http://www.bungie.net/en/Forum/Post/76927868 [b]Edit 1: [/b] Thanks for all the bumps, likes and comments Guardians! Keep it up! :-D [b]Edit 2:[/b] [i]Objection:[/i] But it will be impossible to play with randoms. [i]Answer: [/i]The people on the forums are randoms. So what is the difference between this and a random matchmaking or LFG system within the game itself? [b]Edit 3:[/b] [i]Objection: [/i]The raid will be too hard for teams formed via MM and in-game LFG. [i]Answer:[/i] I highly doubt that people would find it 'too hard'. It may take a while, but methods for success will spread across the community as a whole. The YouTube guides are already in place. Most people will have watched them by now, and if not, they will do once given the chance to play. [b]Edit 4:[/b] [i]Objection:[/i] Matchmaking won't create the teamwork needed to finish the raid. [i]Answer: [/i] Firstly, matchmaking/in-game LFG wouldn't be an issue for those who prefer to form groups with friends or with teams made online via forums. They don't have to use matchmaking if they don't want to. So get over it! Like I said above, it is not matchmaking vs. the current set up. I am asking for the option of both. Secondly, it is impossible to know what the effects of matchmaking/in-game LFG on teamwork will be without testing them. I think that players will naturally work well together as they do on strikes. Naturally, headsets will be compulsory. No head set, no matchmaking. And, of course, only higher level players will be able to access the raids via matchmaking/in-game LFG. [b]Edit 5:[/b] [i]Objection:[/i] Grrr I don't want matchmaking *said in angry cave man voice*: [i]Answer:[/i] Matchmaking would be desirable for the higher level strikes. It makes no sense to not have this in place already. If you actually read my original above post, then you will find that I am in fact advocating an in-game LFG system for raids, so that players don't have to leave the game to play it. [b]Edit 6: [/b][i]Objection: [/i]Loads of people have done the raid via groups made on the forums. [i]Answer:[/i] In fact, only a small fraction of Destiny's vast playerbase have completed the raid. Gamers who don't have an army of hardcore geeks on hand should at least be given the chance to complete the game for which they paid good money. Here's the stats and the math: We know that Destiny has a 9.5 million playerbase. The man on moon even knows. Crota's scrota knows. In October, Bungie revealed that only 472,082 players had defeated the Raid on normal. They also revealed that only 36,181 players had defeated the Raid on hard. Provided my math is correct (and maths isn't my strong point), this means that only 1 in 25 (approx.) players out of the total playerbase have completed the raid on normal. And only 1 in a 1000 (approx.) players from the total player base have completed the raid on hard. This means that the vast majority of players haven't played the whole game. Tbh, you can see that without the fractions. Granted, the data is a little old because Bungie hasn't released anything for a while. Nevertheless, the fractions will probably be roughly the same now as they were then because a) Bungie has not implemented a matchmaking and LFG system, and B) the playerbase has probably increased as the game has improved and gained popularity among gamers.
English
#Destiny #Raids #vog #Strikes #Matchmaking #Deej #Matchmaker
Kommentieren Antworten Thema erstellen
Melden