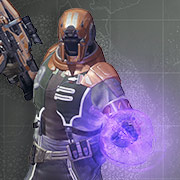 Idea for a new equipment item/type, The Catalyst

Bear with me here, the reworks of the light subclasses (as well as the release of the darkness subclass we’ve seen so far) have received a lot of positive attention because of the flexibility of the aspect and fragment system as well as it’s potential to give the players more power while also keeping us from becoming overpowered. What if a new equipment item was added to the game (making it’s canonical entrance when we discover the next darkness subclass as we explore the possibilities of utilizing the technology of the pyramids to enhance our combat potential) that allowed us to gain attribute bonuses and provide one greater ability alteration and one minor alteration these items would float next to your guardian and would also be subclass specific (so the alterations to abilities could be more varied while limiting the probability of exploits because of broken item-ability interactions) because this item would be a new subtype, it would also add another category of items to the drop pool, in order to prevent overflow of these items (or a scarcity of them) I suggest creating a new type of Engram which would exclusively house this item and provide no other drops. I propose that these items be called Catalysts, and the engrams they are contained in be named Infused Engrams (as they would be infused with the power of their compatible subclass). I believe adding such a new and interesting item into Destiny 2 would have a positive impact on the entertainment value of the game as well as create a new variable to further personalize the experience of each individual guardian.
English
#destiny2 #FeedbackD2 #Idea #Content
Kommentieren Antworten Thema erstellen
Melden