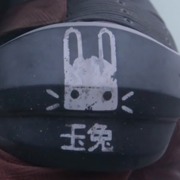 One of the things I find myself constantly saying to my fireteam is how I'd like to change more things on my HUD. The first thing that comes to mind is the true meaning of HUD opacity. I'd really like to be able to make certain HUD elements truly opaque, such as the radar. In bright crucible areas, I find it difficult at times to read the radar due to the bright red blending in with the environment, as the radar is pretty much transparent. Giving players the option to customize things like this would be a nice touch. Another thing would be giving us the ability to change where certain things are on the screen. I personally wouldn't change anything, but I'm sure there's some sick freak that would want the super bar in the middle of the screen and the chat box in the bottom left, etc. One last thing would be the ability to eliminate certain HUD elements. I've run into a few occasions where the C flag marker obscures my vision enough to distract me from the guy trying to gun me down, so having the ability to hide these things would be a nice feature to give Guardians more control over what they see without turning off the HUD altogether. These changes wouldn't alter the game entirely, but I'd appreciate some more customization in this area.
English
#destiny2 #FeedbackD2 #D2Feedback
Kommentieren Antworten Thema erstellen
Melden