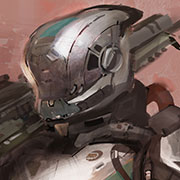 Given the latest transmission we got from Ze Darkness. It's interested in us....in a good, but mostly bad way...sort of. The Light chose us as it's champion and because The Light chose us...The Darkness is now also interested in us. Not only are they interested in us, but they want us on their side.....mainly to prove The Light/Gardener wrong though. Then in a somewhat creepy/horrific way they say, "Don't hurry to deliver your answer. I'll come over and hear it myself" The reason I say Dark Guardian is that, I think in order to sway us....The Darkness might give us an inkling of it's power....a taste....infusing us with Darkness....but not controlling us. Maybe that's what's going on with Eris. Letting Eris get a hold of that essence from The Statue. Where she thinks she's gained an understanding of it. Then whether she's corrupted or not......she gives it to us. Now we won't be loyal to The Dark, but we'll have some of it's power...hence Dark Guardian. I think The Drifter in his own way has been trying to prepare us for a moment like this. Hence Malfeasance, Gambit, Prime, and that Artifact we found having to deal with the Hive Weaponsmith. TL;DR We might get Dark powers, but wont be loyal to The Darkness.
English
#lore #destiny2
Kommentieren Antworten Thema erstellen
Melden