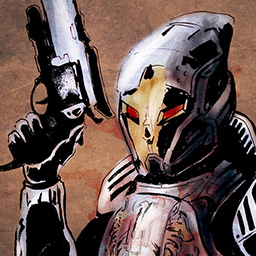 This super need a buff. A LOT. It doesn't do enough damage in PvE. There is no exotic for this Super. Not a single exotic can buff the damage of this super so we need a buff. Before some people said, skullfort DOESN'T buff the damage of the super and Synthoceps only buff it when there is multiple ennemies so stop try to make a point with those. And yes i will continue until there is an answer. I'm not a Bungie hater, i just want some love from Bungie for this fun Super ! I stop posting those Feedback. Why ? Because there is a lot of hate in the comment everytime and a lot of people complain about Hunter or warlocks for their super even if it's not the point here. The worst people are the one complain about the bottom tree striker ( and yes, i think it need a nerf too) but for the last time, it's not the point here. Thundercrash is not a roaming super, it's a One hit super and one hit super ( like slowva Bomb, blade barrage, golden gun with celestial nighthawk) aren't designed for ads control, they exist to damage bosses. Anyway, this is the last day, i just wanted an answer from Bungie, not people trolling. I play since the beginning of D1 and after all those years the community has become really toxic. That's very disappointed. A lot of people are nostalgic about D1, it's not just being nostalgic of the game itself. It's also being nostalgic about the D1 community. At least... Titan got back their weapons of Light for the bubble when shadowkeep come. ( That makes me happy :) )
English
#destiny2 #FeedbackD2 #Super #Titan
Kommentieren Antworten Thema erstellen
Melden