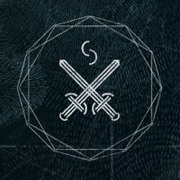 Looking for support and advice anywhere i can get it. I just moved to a new ryzen 5 3600 with an amd 5700 xt gpu installed blizzard app and then installed destiny 2. When i launch destiny 2 it only runs as a child process under the blizzard battle net app. But never fully launches so i can play. I have reinstaled. I have moved it off of ssd to hdd. reinstalled again. Run the diagnostics with blizzard app. Diablo launches fine but not destiny 2. Is this a problem with blizzard/activision not allowing new installs? i deactivated all virus protection and tried again. still no Destiny 2 just a entry in task manager as a child proccess under blizzard. Usually it creates its own destiny process seperate from blizzard app. I really want a chance to finish my Solstice armor before its too late.
English
#destiny2 #Advice #install
Kommentieren Antworten Thema erstellen
Melden