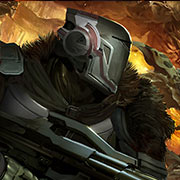 This game is a steaming pile of ass

The title says it all...Thank you Bungie for making me feel like I lose even when I win. Thank you for the extremely laggy servers - with a half a billion dollars in resources some dedicated servers are expected. Thank you for match making me with Trials gods every single match and then on the fifth game placing me with newbs to make me feel good. Thank you for all the little glitches that lead to my sense of mastery. Thank you for balancing your guns one year after the games release even though that should have been done before launch - which at this point I don't even care about. Would it be too hard to release a couple new guns every week? Apparently so... Please fire the person who decided to not have match select in crucible. If I have to play supremacy and control one more time I will literally kill myself. I back out of every match now to get clash. I really love that it takes 3 melees and a shoulder charge to kill something in crucible. After the Taken King who had the bright idea to go all gold, purple and gay? Why was Gaul a 5 minute boss battle and why does Calus want to give me gear and be my friend - total story disconnect. Who's idea was it to leave campaign missions off the map...of the game that I paid for. Do you really think that I want to spend money on silver for some more stupid shaders? Do I really have to break down every shader individually - because I'm growing a beard breaking them down. Why cant I break stuff down at the post master? Why did you not innovate on anything from the original game? I could go on for another 93 pages but I'll stop right here and let you all know that I will not play this game any more. I'm a person who's played 20 hours per week since the launch of D1...Your losing a valuable customer because someone on your end really dropped the ball. Guardian Out
English
#feedback #this #game #done #Playing #balance
Kommentieren Antworten Thema erstellen
Melden